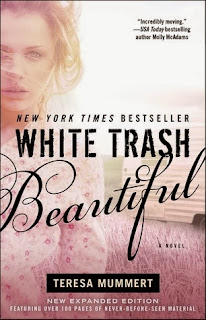 by Teresa Mummert (Goodreads Author)
A word-of-mouth bestseller that’s captivating readers with its honesty, grit, and headstrong heroine, White Trash Beautiful is a story for anyone who has ever felt trapped in life, cheated by love—and longed for something more . . .


Cass Daniels isn’t waiting for her knight in shining armor. She knows that girls like her don’t get a happily ever after. Not if you live in a trailer with your mom, work at a greasy spoon diner, and get leered at by old men. Maybe that’s why she puts up with Jackson—her poor excuse for a boyfriend, who treats her like dirt. Cass has learned to accept her lot in life. That is, until he walks into her diner. . . .


His name is Tucker White, and he’s different from any man Cass has ever known. Tall, tattooed, and bad-ass gorgeous, he’s the lead singer of the rock band Damaged. From the moment they meet, Tucker sees something in Cass he just can’t shake. Something beautiful. Something haunted. Something special. And he’s determined to find out what it is—if only he can get her to open up and let him in. . . .

A girl lost in a trailer park who has lost all hope.

A rock star who was just going through the motions until he accidentally runs into into a girl who steals his breath away.

These two are from opposite worlds but they can't deny their feelings to one another.  They make wrong choices and ends up in dire consequences.

"Tucker, I don't need someone to protect me." "Yes, you do, Cass. Everyone needs someone to care about them. I know you're strong. It's the first thing anyone would notice about you, but I know that if someone doesn't take the time to show you how great you are, that hard edge will begin to take you over. I've been there."

Is love enough?  Are their worlds too far apart?  Can they make it work?

Tucker knows what he wants which is Cass but she is having a hard time believing that she is worth his love. 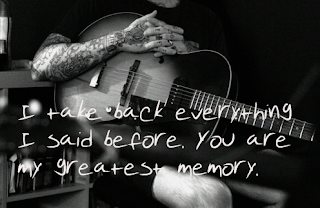 Great book about second chances, love and hope. I am a big fan of Teresa Mummert's writing and this series. 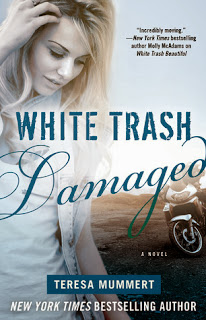 by Teresa Mummert (Goodreads Author)
Rocker Tucker White saved down-and-out waitress Cass Daniels from everyone in her life who was hurting her—except herself. In the much-anticipated follow-up to White Trash Beautiful, Teresa Mummert’s New York Times and USA Today bestseller, Tucker and Cass are finally together, but does that mean they get their happy ending?

Living on a tour bus with your boyfriend’s rock band is nothing like living in a trailer with your drug-addicted mother—except for the drama. After all the pain and grief that marked the beginning of Cass and Tucker’s relationship, they’re finally building a life together—just the two of them, his three bandmates, some groupies, and thousands of screaming fans. And not everyone is as happy about the couple’s reunion as they are.

The last thing Cass wants to do is create friction within the band—especially when Damaged is on the brink of achieving the success Tucker has worked so hard for. She’s thrilled to finally be with a man who loves and protects her as much as he does. But how can she carve out a place for herself in this new rock star world . . . without being swallowed by the shadow of Tucker’s fame?

How do you go from the trailer park to being a rock star's girlfriend.

It's a hard transition to make for all involved.  Life on the road is not all its cracked up to be. There is a lot of hardship and external troubles for these two.

But for Tucker he would give up everything for Cass if only she would believe in them.

Cass the forever martyr is torn for what is right for them as a couple and for Tucker and his band. 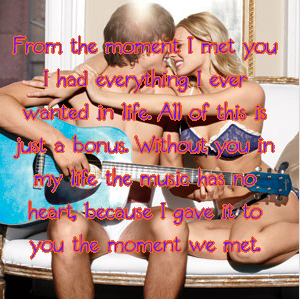 Love against all odds is a beautiful thing. I did like this book but not as much as White Trash Beautiful.  With the first book you had angst, drama and hope. With this book there was a bit more predictability and frustration with Cass's wishy washy ways at time but in the end I do really like this book and the series.