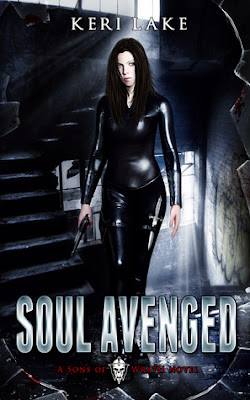 by Keri Lake (Goodreads Author)
Passion is blind in vengeance and love ...

Ayden’s suburban home was invaded by a pack of Lycans.

The brutal attack is the only memory she carries of her former life.

Now, one motive burns in her soul:

The Sons of Wrath—a brood of vengeance-dealing warrior demons—band with Ayden to hunt the Lycans on Detroit’s most deadly feeding grounds.

Unfortunately, the newly bitten Lycan has something she wants—clues that may finally lay her past to rest. To reach them, she must be willing to submit to the sensual pleasures awakened by his touch.

Time is running out.

In seven days, Kane will become what Ayden despises most. She can halt his transformation but the antidote requires the ultimate sacrifice. As the beast takes hold, Kane becomes more of a threat.

Ayden must choose between her lust for revenge, or surrender to her enemy and discover a horrible truth.


I have to admit I wasn't in the mood for this genre but I had agreed to read book number 2 so I wanted to get the background with book one. As I plundered through Ayden snuck into my heart and captured it with her kick ass ways.

For Ayden she has one life motto - Vengeance

She has given up her heart for her role of avenger and slayer of the Lycan.

To help her avenge she has the backing of the demons AKA the Sons of Wrath. Especially Gavin who wants Ayden as his mate.

On a chance meeting with a halfling, she gets a window of emotions that causes her to rethink things.

With this new halfling - Kane who is sarcastic, witty and kind.  He starts the slow thaw of Ayden's cold heart 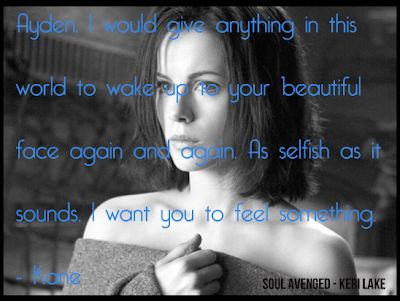 I have to admit I was torn between Gavin or Kane. They both were awesome. 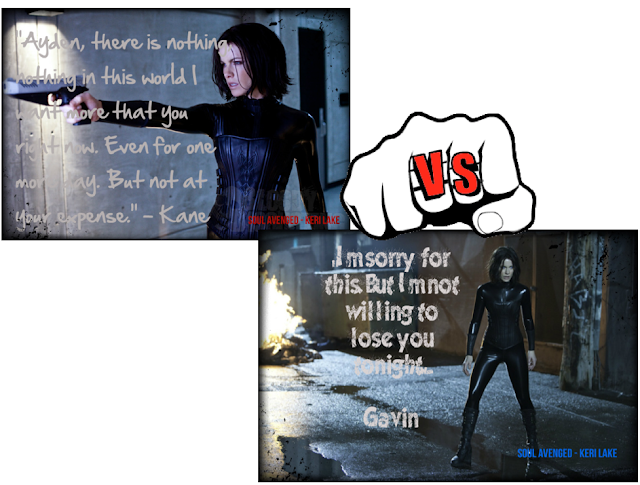 I would have been happy with either pick but in the end Kane took root and my heart sighed with relief.

"As long as there's a human heart inside my chest, Ayden, it beats for you. And I will continue to love you, even after death finally silences it. You are my immortality."


There were so many elements in this book but they all tied nicely together for a great foundation for this series.  Can't wait for all the 'Sons' stories.