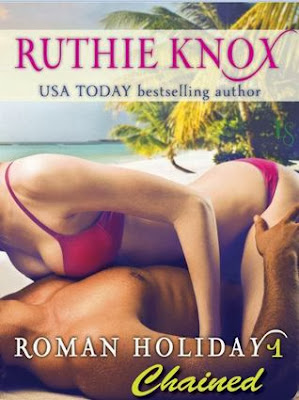 Ashley Bowman is having a bad week. Reeling from the death of her beloved grandmother, she returns to the Florida Keys only to learn that a heartless Miami developer has gotten hold of the crappy vacation rentals she calls home. Ashley has one day to clear out before Roman Díaz destroys the only place in the world that matters to her. Chaining herself to a palm tree in the bulldozers’ path seems like a good way to stop him . . . until she realizes she should’ve brought food and water. And pants. Also, it would help if the evil developer weren’t so ridiculously hot.

The last thing Roman Díaz needs is some sun-kissed blond protester getting her picture in the newspaper and messing up his plans. He bought the property fair and square, and the resort he wants to build on the site is the key to realizing his highest ambitions. But when a hurricane blows through, Roman has to hustle Ashley to safety if he wants to protect his reputation—and that means giving in to her unreasonable demands.

Roman needs to learn a little compassion, and Ashley’s decided to teach it to him . . . even if she has to drag him all over the Eastern Seaboard to do it.

With serial novels I love and hate them but Ms. Knox knows how to reel you in and keep you hooked.

This is the first part of a serial novel where we get to meet the hair brain Ashley and the stick up the mud Roman.

Ashley is about to lose her dreams and memories with Roman's plans of expansion in the Florida area where she grew up.  Determined to stop this she makes an impulse decision which puts her face to face with Roman and his gorgeous ways.

After getting the upper hand Ashley and Roman will embark on a new journey with so many possibilities of how it can end.

Roman is making his life decisions with his pocket book and dollar signs in mind but I think Ashley is going to bulldoze her way into his life and change his ways.

Can't wait to read more in this series.

Lauren
Posted by Live Read and Breathe at 20:08