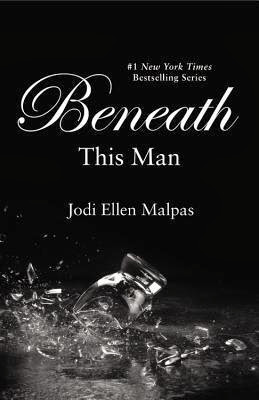 Beneath This Man (This Man #2)

Jesse Ward drowned her with his intensity and blindsided her with his passion, but he kept her away from his dark secrets and broken soul. Leaving him was the only way Ava O'Shea could survive. She should have known that Jesse Ward is impossible to escape--and now he's back in her life, determined to remind her of the sensual pleasures they had shared. Ava is equally determined to get at the truth beneath this man's steely exterior. That means letting herself get close to the Lord of the Manor once more. And it's exactly where Jesse wants her--within touching distance...

Holy Shit! I was left on an emotional cliff after This Man and we start 5 days later after Ava is dealing with her heartache.

For Jesse you realize that he truly is a broken man and Ava is what is keeping him going.

For Ava she knows part of their consuming relationship is wrong but she can't let go of the man she loves.

Once back together they plot their way or should I say they fuck their way through to find their own HEA together. 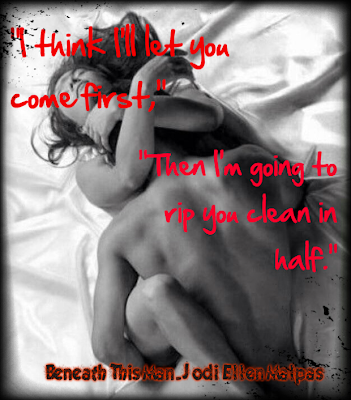 I am so torn between being mad at Ava for always running but at the same time the way Jesse treats her is unhealthy in his obsessed possessive ways. 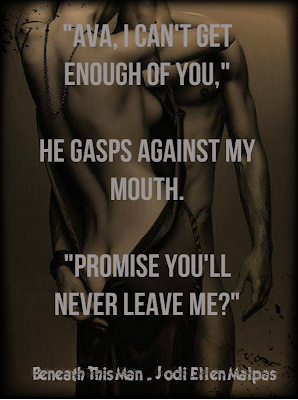 One thing I can say for sure is I totally HATE Sarah! and just want to kick her to the curb with her scheming ways.

Jodie had me hanging on biting my nails, screaming at Jesse in his stubborn double standard ways, loving the rawness of Jesse and Ava and keeping me enthralled from beginning to end. 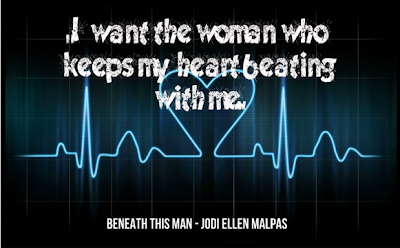 Their relationship may be a bit fucked up but it is what drives them forward and together and for them it works even with all the bullshit thrown their way.

"I knew you were the one the second I laid eyes on you." "The one?" I try to lift, nut I'm pushed back into his neck.  He turns his face and begins nuzzling at my ear. "The one to bring me back to life," he says in that matter-of-fact tone, the one that basically means he's saying something only he understands.  I make it out of his embrace this time and find his gaze. "How did you know?" He rolls me onto my back, coating me completely, and looks me straight in the eyes. His greens are bursting with meaning. "Because my heart started beating again."

As much as we get our HEA I think it's temporary as Jesse's past needs to come out. You can only base a relationship of evasion for so long. Can't Wait for This Man Confessed. 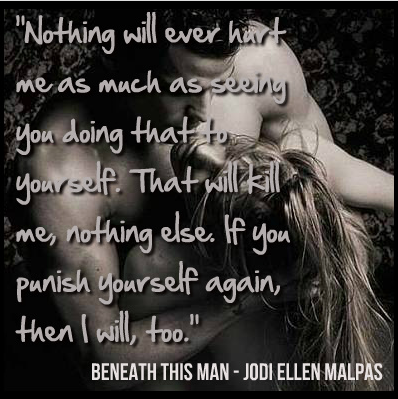 Intense Roller Coaster of a book but worth the ride.