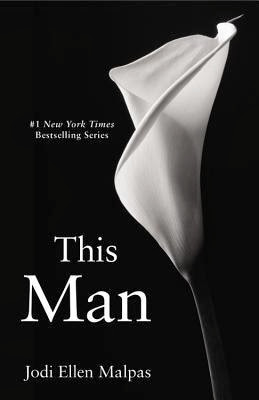 Young interior designer Ava O'Shea has no idea what awaits her at the Manor. A run-of-the-mill consultation with a stodgy country gent seems likely, but what Ava finds instead is Jesse Ward--a devastatingly handsome, utterly confident, pleasure-seeking playboy who knows no boundaries. Ava doesn't want to be attracted to this man, and yet she can't control the overwhelming desire that he stirs in her. She knows that her heart will never survive him and her instinct is telling her to run, but Jesse is not willing to let her go. He wants her and is determined to have her.

O.K so this was an intense ride for me.  It left me feeling with moments of wow and unease at the same time.

Ava is a naive yet snarky designer who meets Jesse on a potential job.

For Jesse who is a playboy in every sense is blown over the moment he meets Ava and his life changes.

However, the secrets always cause havoc.

For Jesse how does he tell Ava then truth when his love, obsession and possession of her is all consuming.

For Ava she doesn't want to see the truth because she is so taken with Jesse and is sexual prowlness that she can't see straight. 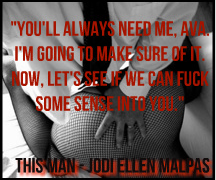 The intensity of Ava and Jesse was so visceral but with the unhealthy elements it left me whirling.

Jodie Ellen Malpas has a gift a keeping you reeled in waiting to find out what happens.  When the secrets start coming out you start to get devastated and then are left with a bloody cliff hanger.

Thank goodness that the whole series is out and we can find out what happens with Ava and Jesse.