After The Rain by Renee Carlino ~ #bookreview 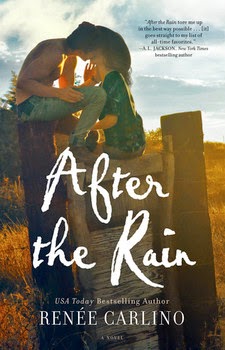 From the USA TODAY bestselling author of Sweet Thing and Nowhere But Here comes a deeply emotional contemporary romance about the second chances waiting beyond the shattered dreams of youth.

Under the bright arena lights of a rodeo show, young Avelina Belo falls for a handsome cowboy with a larger-than-life personality. After a whirlwind courtship, she happily moves away from her family in northern California and settles into married life with her cowboy on a seven-thousand-acre cattle ranch in Montana. One freak accident later, Avelina’s hopes for the future come to an end.

Nate Myers graduated from UCLA medical school at the top of his class, ready to follow in the footsteps of his father, a superstar cardiothoracic surgeon. Six years later, Nate’s career is being ruined by a malpractice suit. Questioning himself for the first time, he retreats to a Montana cattle ranch to visit his uncle and gain perspective. There, he meets a beautiful young woman named Avelina who teaches him more than he ever knew about matters of the heart.

My After The Rain Review ...

As you all know I have been in the longest reading funk and the heroines are whiny, insecure and annoying but I thought maybe Renee Carlino could pull me out with her brilliance and she almost did until the end which then I wanted to chuck out my kindle with my frustrations.

First, the way the book was set up was brilliant and so well done.  Due to my funk I had to constantly remind myself that Avelina was truly legitimately broken with her past.  At times my frustrations slipped than I would reprimand myself and get back on track with loving this story. 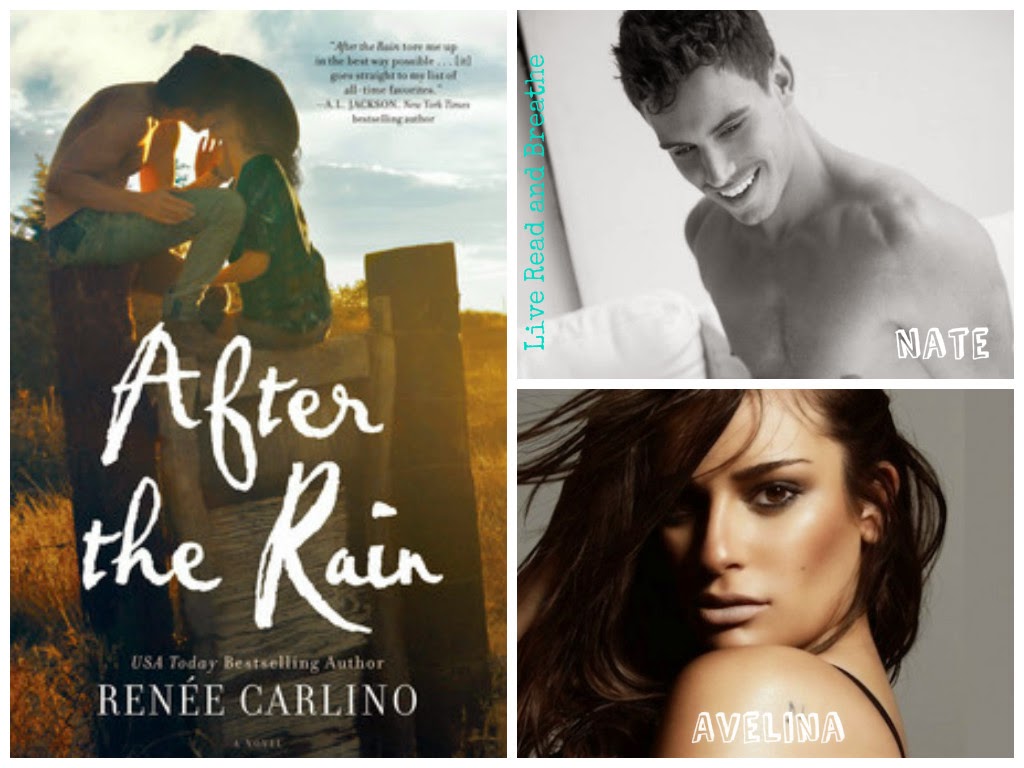 Avelina has had a shit life and at a time in her life where she's really just beginning to emotionally develop into adult hood.  Since she has so much tragedies she's a bit stunted and insecure as well as just plain stuck not knowing how to get out of her own personal hell.

For Nate he's living on top of the world but quickly realizes how unbalanced his world outside of work is until he loses a patient.  A forced sabbatical and a sad melancholy girl changes everything for him.

As Nate meets Avelina he slowly works his way in her heart to build some sort of future, but both of their pasts are causing trouble which makes Avelina to run again.  Now that Nate has learned a few things he fights for what he wants and chases after her.  Up until here I was super happy with the book, besides the small detail that I could have missed this part but I didn't hear of any birth control at all, so I don't know how they didn't get pregnant and cause more turmoil. But then Avelina decides she has to grow as an individual which I totally understand and support but her choice on how to execute it. ARGH!!!!!!!

Now for the next part of the book I was all

to finally settle down to happy but with this little frustration it definitely put me back into the funk.

" ... You proved to me how strong you are and how much you want us to be together. I'll never ask for proof again.  Now I can trust you and I hope you can trust me, too."

In real life there is no way a strong independent man would be okay with her choice. Nope no way.  Thus my frustration. That test to prove his trust was brutal and made me ANGRY.  Gah I was so close to coming out of my funk. Grrrrrr!  I was so sad with this part of the book because I until than I thought it was brilliant as everything else Renee Carlino writes.  She encaptures so much emotions with her stories that it is why I adore her. Sure this one also had me emotionally charged and yes frustration is an emotion as well but I don't think that was the emotion she was going for at this part of the book.  I'm sure it was worse because of my reading funk which has left me in a more negative reading frame of mind but sadly this little turn around changed my overall view of the book for me.