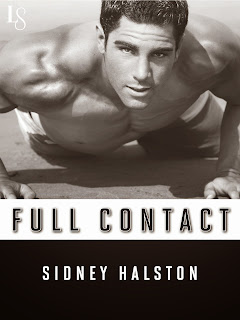 Blurb
Sidney Halston returns to steamy Tarpon Springs, Florida, where a hell-raising bad boy prepares to get down and dirty for the woman he loves.

How could she have been so stupid? When Jessica Cross decides to give her violently jealous boyfriend—the otherwise influential and charming Dennis Stavros—a second chance, she very nearly becomes a statistic. After weeks of healing from a broken rib and collapsed lung, and with Dennis behind bars, Jessica finally feels ready to come out of hiding. But will she ever be able to take a chance on love again with someone new?

Mixed martial arts fighter Slade Martin knows he has a bad reputation. Hell, he's probably earned it. So it won’t be easy to convince beautiful, vulnerable Jessica that she can trust him—that from the moment she walked into his life, she’s been the only one he’s wanted. Powerful and confident, Slade knows he can honor his vow to protect Jessica body and soul. Winning her heart will be another matter . . . but a woman like Jessica is worth the fight. 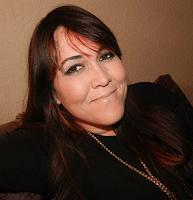 Author Info
Sidney Halston lives her life by one simple rule: “Just do it.” And that’s exactly what she did. At the age of thirty, having never written anything other than a legal brief, she picked up a pen for the first time to pursue her dream of becoming an author. That first stroke sealed the deal, and she fell in love with writing. Halston lives in South Florida with her husband and children.

Ok, I'll admit that I'm unfortunately still in my reading funk and sadly this book did not bring me out of it.  I had my fingers crossed but it was a no go.  I did like this book quite a lot but there were some elements that made me not love it.

We meet Slade and and Jessica in Against the Cage.  There is where Slade was smitten with Jessica and kept asking her out, but she was turning him down because she was in a relationship with a douchebag.  After said douchebag crosses the line Slade comes in and saves the day to help take care of Jessica.  For Jessica she has always been drawn to Slade but is skeptical because of his player ways.

Jessica means something different to Slade and he wants more but he's never really had a relationship so this is all new for him.   With Jessica, she loves being with Slade but because he means more to her than her past relationships her insecurity and jealousy sides make an appearance causing her to self sabotage her relationship a bit.

As Slade and Jessica move forward with their relationship,  their pasts make an re-appearance causing all kinds of turmoil for the two.  Both are trying to do right by the other.  But instead of communicating and trusting one another they make poor choices and act out causing them a world of pain.  Now add some more poor choices and you get quite a mess between these two.  But their pull is strong for one another so they have to fight in their own ways to get what they want from one another.

I liked the idea of the book and I did like the two main characters but the thing that held me off from loving it were a  few things:
1) Slade was a supposed to be a dominant bad ass alpha and he was but ...  it felt forced instead of natural.  I can't quite put my finger on why it didn't feel natural but something was missing for me.
2) The endearment Lady.  Ugh! I don't know why but that one makes me cringe instead of salivate.
3) I'm a stickler for details so I want to know how she was able to teach yoga.  Jessica's degree is in exercise physiology but not specific in yoga and as far as I know they need to be certified to teach yoga.  I know, I know does that really matter in the scheme of things? No, but it bothered me none the less.
4) Ok, Jessica is forced to walk away and is moving back home in a few weeks but she's going on other dates?  WTF???? Why?
5) After the epic emotional pivotal point in the book,  we get to see the true nature of Jessica's parents, which was they were basically jerks then in about 10 seconds flat they completely change their ways.  This turn over made me roll my eyes with the quickness of it which took away from the pivotal emotional angst.

Unfortunately my reading funk has made me a bit jaded and really nit picky with details lately, but even though I did have some negative comments about specific details I did still like the book and I do adore Sidney Halston and I will be continuing with this series as the boys at WTF are growing on me.

3 Worth it thumbs up!