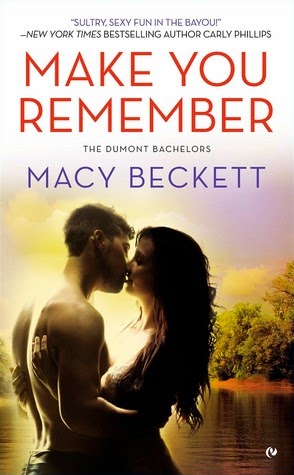 He's about to make his own luck.

Ten years ago, Beau Dumont made the biggest mistake of his life by letting his high school sweetheart, Devyn Mauvais, slip through his fingers. Now the reformed bad boy will stop at nothing to get her back. Even if it means tricking her into taking a job on his family's riverboat, The Belle of the Bayou.

When Devyn's old flame offers her a stint at the boat's day care center, she sees it as a chance to prove she isn’t just the descendant of Louisiana's most infamous voodoo queen. Besides, it beats leading ghost tours around New Orleans. Yet when it comes to Beau, Devyn's all business. She won't give the sweet-talking playboy another chance to break her heart.

But there's no escaping temptation in such close quarters, and Beau won't be satisfied with a few hot nights with the girl he's always loved. As he strives to make Devyn remember the good times, will his passion and heart be enough to regain her trust?

My Make You Remember Review ...

I loved the first book Make You Mine.  I thought it was cute and refreshing so, I was looking forward to this one to see what other shenanigans could happen with the Dumonts and the Mauvais's.  A decades long curse should warrant all types of issues for these two.  However, how I played out the potential of this book in my mind did not match the reality of the book.

Devyn happens to be the sister to Allie, the first Mauvais to break the curse.  Even though witnessing the curse being broken it doesn't give her too much hope for the other Dumont's especially since she's holding a grudge with her first love, Beau Dumont.   For Allie and Mark, they had nothing but bad luck keeping them apart.  For Beau and Devyn, it wasn't really the curse holding them back but stubborn hearts. 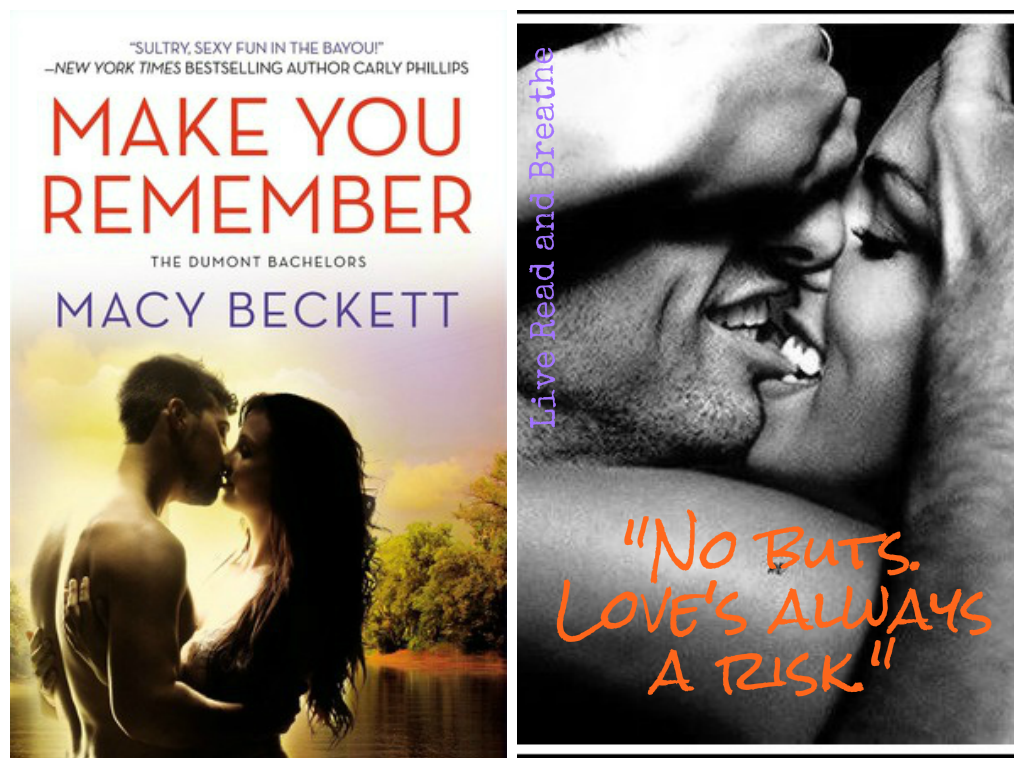 Devyn, is in a low point in her life and Beau jumps at the chance to rescue you her as he has ten years to make up if he's ever to get a chance at re-kindling with this first love.  Even though Devyn is still holding a grudge she can't deny the chemistry.  Beau weakens her resolve and they find themselves knocking boots in the closet.  Even though Beau likes the sex only relationship he wants more so he forces Devyn to have all or nothing with their future.

Is it really a curse of a lack of faith?  For Devyn who is quick to blame the curse or the Dumonts but really this time it lies with her if she wants her HEA.  Beau may have screwed up when he was a kid but ten years later he's a changed man and has a piece of my heart with how he approaches his life, family and love.

The chemistry was good.  The story was cute.  But I wanted more quirk and fun with this one like we got in Make You Mine.  It could be that I'm in a all heroines irk me funk lately but I still wanted more from this story.

3 Love is worth the risk thumbs up!