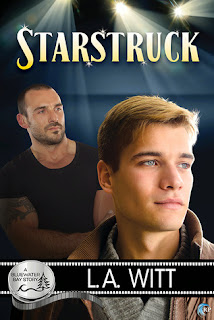 Hollywood is full of dirty secrets, but Carter refuses to be Levi's.

Retired action star Levi Pritchard has made a quiet life for himself in the sleepy logging town of Bluewater Bay, Washington. But then Hollywood comes to film the wildly popular television series Wolf's Landing, and Bluewater Bay isn't so sleepy anymore. His retirement doesn't stick, either, because he's offered a part on the show-exactly the kind of complex role he'd always wanted, one that would prove him more than a glorified stuntman. The only catch? He has to stay in the closet-no matter how attractive he finds his costar.

Carter Samuels is the critically acclaimed male lead on Wolf's Landing. And now, the man who inspired him to take up acting-and made him realize he's gay-is joining the cast, and sparks fly between them instantly. But Carter is out and proud and determined to stay true to himself.

Remaining just friends is the only thing to do, as both the studio and Levi's disapproving, dysfunctional family keep reminding them. Except their friendship deepens by the day, tempting them with what they can't have but both desperately need.

What do you get with two actors, a conservative family, a closet and chemistry?  What you get is heart, drama and love.

Levi Pritchard left Hollywood because he got tired of all the BS that came with it and he wanted his privacy.   Even though he's living part of his life, there is still a big part that is missing.  So when Holllywood comes knocking at his door to give him a chance to act again without all the other crap that comes with it.

With Hollywood, comes Carter Samuels who is not only gorgerous but out and proud.  Carter and Levi instantly becomes close friends but the more the rumors fly the more Carter questions Levi's sexuality.  As they get closer Carter starts to realize what Levi is truly hiding from everyone, but will he be enough for Levi? 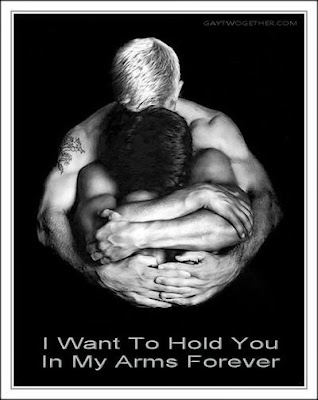 For Levi, it's not just his privacy but also the chance to lose his family, if he finally admits what his heart truly desires.  The closer he gets to Carter the more he realizes what he can lose.  But can he have it all?

Carter has fallen for Levi but what he'll not be is someone's dirty secret, so if they're going to have their HEA then Levi is going to have to make the jump out of the closet.  But is their love enough for Levi to take the risk?

Poor Levi has lived in secret for so long but finally realizes what he has already lost and what he can gain.  He makes the leap of faith and takes the risk for love.

Sweet story about coming out and finding love.  I'm a big fan of L.A. Witt and once again I was not disappointed in this sweet story.