Not Until You (Loving on the Edge #3.5) by Roni Loren ~ #bookreview 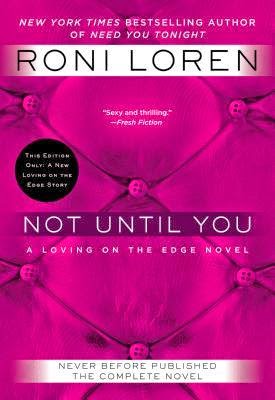 Cela knows how to be good. She’s had a lifetime of practice. But on the night of her college graduation, she decides she’s earned one wild night before she has to move back home to her overprotective family. So when the hot neighbor she’s been quietly fantasizing about for a year suggests a game of Never Have I Ever, she’s ready. But what starts out as a simple game takes an unexpected turn. Because Ian Foster doesn’t play games he can’t win.

Foster knows his desires aren’t for the faint of heart, especially not for someone as sweet and innocent as his pretty neighbor. But when Cela shows up at his door with an invitation that surprises him, he can’t resist indulging. Cela has no idea what she’s in for. The secret dark side of this man’s need will both intrigue and terrify her. But Cela has a secret of her own—and a new game to see just how far they’re both willing to go, and how much they’re willing to risk by crossing every boundary of desire.

My Not Until You Review ...

This part of a the series but can be read as a standalone.  In this story which was originally a serial book, we get to watch the confused virginal Cela Medina find her way with very dominant Ian Foster.

Cela has just graduated from Vet school and realizes that she has missed out on a lot before she is supposed to start her life that has been paved for her.  After this realization, she acts on her crush to her neighbor, Ian Foster and his best friend Pike.  Even though Cela originally just wanted to let loose and experience life, what she got was so much more.  After this one night, it has thrown Foster and Cela into a tail spin, where Cela now doesn't know who she truly is anymore, while Foster doesn't want to get hurt again. 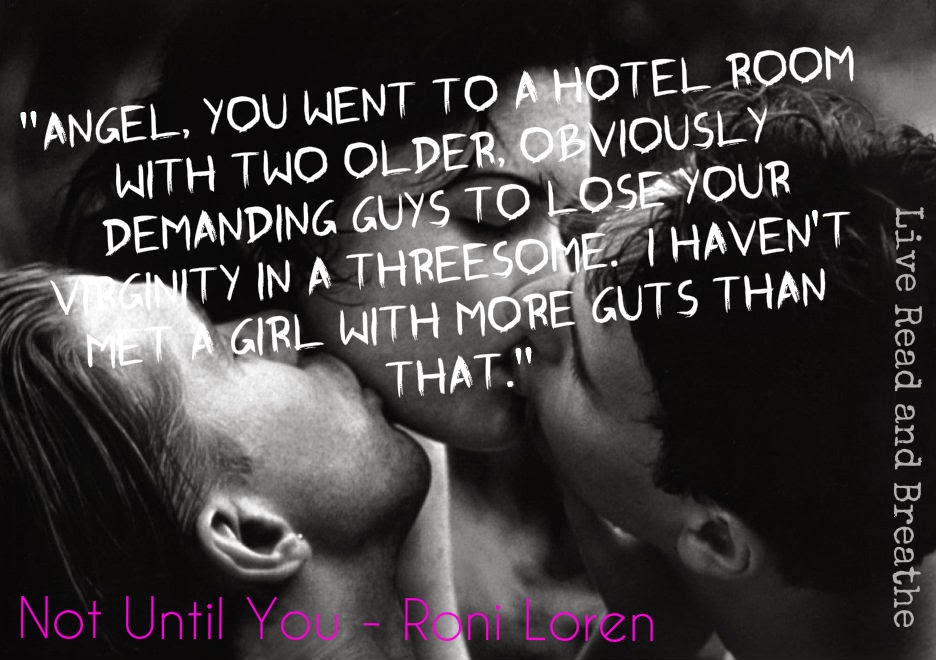 For Foster, he is guarded for a reason but knows he can't change who he is.  He feels the connection with Cela immediately, but with her innocence and pending exit time line, Foster puts his asshole armor on to protect himself.  Even with this armor though he can't fight the attraction with Cela.  Foster is so head strong he tends to push Cela away more than keeping her close.  For Cela this is all new to her and she wants to explore this relationship, but the expectations are weighing on her, while the first real moment of conflict causes Foster to push hard, forcing Cela to go back home.

Even though throughout the book Cela and Foster spend more time apart than together, when they are together it is all encompassing and all in for these two.  However, it isn't easy with both having their own personal baggage and expectations.  Good chemistry. Good story.  Love the series.

Posted by Live Read and Breathe at 21:47