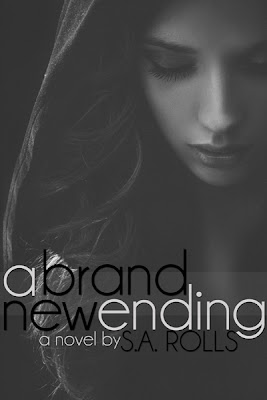 "Phoenix Harper never imagined her life would come to this: A life not worth living anymore.

After a failed suicide attempt, Phoenix is sent to be observed at a local psychiatric hospital. There she meets Braeden Harris, a hospital aide with his own haunting past.

Not long after their first encounter, they feel an unexplainable pull towards one another. Will fate bring them together, or will outside forces tear them apart?"

"A Brand New Ending" Playlist
As many authors and readers know, music is a large part of the writing process. Songs bring up emotions and were very much behind the inspiration in almost every scene in ABNE.Here is a list of the ones I mostly had on repeat throughout the whole adventure. Some of these songs had direct influence on what happened in a scene while some other created happy, sadness, etc. inside me.
1. "Golden Gate Jumpers" by Cold War Kids
2. "What Lies Beneath" by Breaking Benjamin
3. "Little Lion Man" by Mumford and Sons
4. "Fix Me" by 10 Years
5. "Dear Agony" by Breaking Benjamin
6. "Running" by Rebelution
7. "Save Me" by Shinedown
8. "Reap" by the Red Jumpsuit Apparatus
9. "C'est La Vie" by Protest The Hero
10. "Never Too Late" by Three Days Grace
11. "For You" by Staind
12. "Last To Know" by Three Days Grace
13. "Savior" by Breaking Benjamin
14. "No One's Gonna Love You" by Band of Horses
15. "Right Here Waiting" by Staind
16. "Your Guardian Angel" by Red Jumpsuit Apparatus

"S.A Rolls is a native of the Bay Area, where she attended culinary school and obtained a degree in baking and pastry. When she is not baking, she spends her time reading and writing. She reads anything - from biographies of her favorite president to the most popular YA series. Inspired by her surroundings, she has written her first novel, based in San Francisco, her favorite city. She currently lives with her boyfriend and their five-year-old pug."

Let's start with the not so much first to it out of the way and then move on to the fun stuff.  There were quite a few timeline errors and mixed up POV's which were a bit distracting however I do acknowledge that both of those are hard to catch and that is the tough part of more than one POV.

I did like the conenction between Braeden and Phoenix but I felt at times their relationship esclated way to fast especially the sexual part.  With the sex parts of the book they felt a bit random and thrown in their to spice up the book but I didn't feel the relevance of some of them. Don't get me wrong I am the last thing from a prude but they didn't quite fit.  Also with Phoenix the poor thing can she really have like the worst luck ever. Holy Crap how much can a poor girl go through without completely breaking.

Now enough about that let's talk about the good parts.  I loved loved loved the concept and idea of this book and I am a huge fan of fate, destiny and broken souls.  The twist near the end was so unexpected but awesome. I did NOT see it coming at all but I think it may have been my favorite part and made the journey of this book worth it.

In the parts where I did feel the connection between the two it felt right.  Soulmates and fate are a strong force and when things are meant to be they have a way of happening no matter what. With Braeden and Phoenix this seemed to be the case for them. 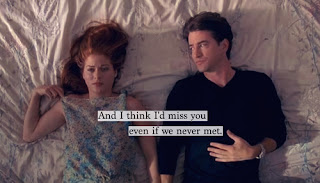 All in all a good book but with highs and lows for me.  I was leaning more to a 3 but because of the twist which I keep thinking about I will jump it to 3.5 thumbs up.

Giveaway: 1 Signed Paperback (US ONLY)

A Brand New Ending Giveaway
Posted by Live Read and Breathe at 02:00