Stuck on You Review Tour 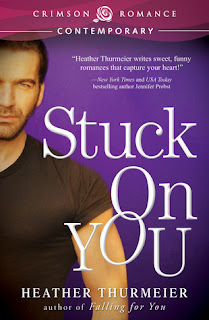 Stuck on You (Reality TV Romances)

by Heather Thurmeier (Goodreads Author)
Blurb
If being forced to team up with reality TV’s favorite bad girl wasn’t enough, falling for her brother might just make this reality show a real nightmare.


Paige Anderson agrees to be on a new reality show called Treasure Trekkers, a show where contestants use handheld GPS units to find hidden caches filled with prizes, with her good friend Cassidy. But when Cassidy is unable to compete, Chip Cormack, the show’s producer, steps in with a last-minute replacement to be Paige’s partner - Zoe Oliver, reality TV’s favorite bad girl.


Jack Miles (aka Miles) is a mountain climber with the body to prove it. Miles convinced his climbing partner Ben to come on the show with him for one reason - to prove to Ben that they can still hike together, regardless of the fact that Ben lost his foot in a tragic accident. Miles isn’t about to let anything get in his way of winning - not even beautiful Paige.


But when Miles and Paige are thrown into an alliance with their teammates, working closely together leads to more than just good strategy. Can Paige steal Miles’ heart while surviving Zoe long enough to win the game?

Paige Anderson stood on the outskirts of the staging area under a clear blue sky trying her best not to hurl on her new hiking boots. She’d made a mistake. She didn’t stand a chance against teams like Mr. Muscles and Friend—Team Everest, according to the official game team names—or any of the others for that matter.


Speaking of Mr. Muscles, every time she glanced his way—which seemed to be more and more often—she’d catch him staring at her when he was supposed to be engaging in conversation with his teammate. This time when her eyes caught his, she noted his subtle eyebrow raise and a tiny smirk pulling up the corners of his mouth. Combine that with his light brown hair and sun-kissed skin, and it was hard to look away. Not to mention a little twinkle of something interesting in his dark chocolate eyes she couldn’t quite pinpoint but found incredibly intriguing nonetheless. She tried to look away but it was difficult when Mr. Muscles stood there with his arms folded across his chest, biceps bulging against his thin cotton t-shirt.


She swallowed the sudden urge to comfort the pathetic t-shirt that looked as if it were a single pushup away from tearing and forced her eyes to keep moving. She couldn’t enjoy the man-candy competition fully while her own teammate was still MIA.


Where the hell was Cassidy? She should have arrived yesterday or the day before like everyone else, and yet Paige hadn’t heard from her. Nor had Cassidy answered any of the texts or voicemails she’d left before the show’s producer Chip had confiscated her phone. How were they supposed to survive on an adventure show if they couldn’t even communicate their whereabouts before the show started?


Cassidy and Paige had become fast friends the year before while on a different reality show—one where they’d both vied for a bachelor’s attention, along with eight other women. Out of all the women on the show, Cassidy was the nicest and most beautiful and it came as no surprise to Paige when not only the bachelor, but also a cameraman, had fallen in love with Cassidy during the show.


Of course, Paige hadn’t made it anywhere near the finale with bachelor Brad. Nope. She’d been sent packing at the third elimination—humiliated and crushed.


Thank God this wasn’t another dating show. No chance of major televised rejection to tarnish the experience. No sexy bachelor to distract her and Cassidy from winning the money and prizes.


Her eyes flickered back to Mr. Muscles again as if to prove her theory wrong right from the start. Damn. He was built to climb mountains. She’d like to climb his mountain.


Yeah, right. In my dreams. 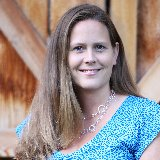 *Giveaway: Heather is offering a $20.00 Amazon/B&N Gift Card to ONE LUCKY COMMENTER (Just Comment to enter) 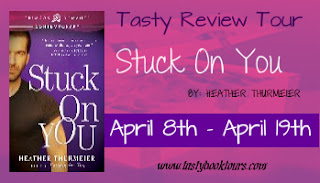 
Ok, so I thought it was a cute read maybe a bit predictable until about 85% through than I wanted to hit my head against the wall.

Really you're going to go friggin' hiking in stilettos. Come on. Right there I would dump her ass not be turned on and than when the whole drama with her thinking she chose his buddy who he came on the bloody show to start with. How ignorant are you? He just bloody met her of course he's going to chose his friend.

Ok, now that I got that rant out of the way and I stuck through it there is something about this series that draws me in.  It looks like there will be a another book with Zoe and I am oddly drawn in and will be reading that book as well to find out her story.

This series is kind of like a guilty pleasure.  The book was light and easy to read and Miles and Paige are good together even though she hikes in stilettos . Ugh!