The Kiss Off Cover Reveal 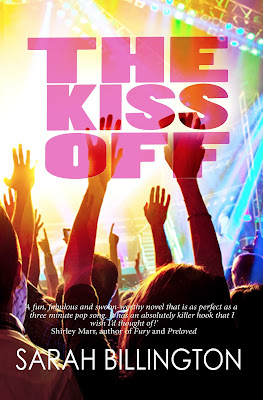 Synopsis:
WARNING: Sexual references, occassional coarse language.  When sixteen year old Poppy Douglas writes a song about her ex-boyfriend Cam and ex-friend Nikki, she has no idea that her heartbreak is about to go global.   A local band picks up her song from Youtube and soon she’s along for the ride with her own fanbase as they blow up on the local club scene and hit the international charts. Though it turns out leaving Cam behind isn’t as easy as she had hoped.   Tangled in a web of unfinished homework, ill-considered sexting and a new lead-singer boyfriend, Poppy has a choice to make between the ex that inspired it all and the rock God whose poster lines the inside of half the lockers at school. But as she struggles to keep her emotional dirty laundry private, she learns that the truth can be hard to find when your life is in the headlines. 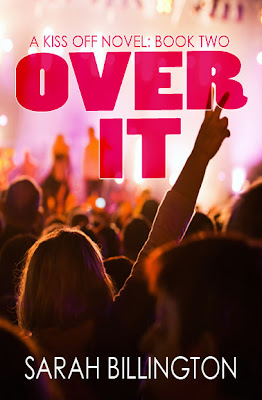 The Kiss-Off 2: Over It (Book 2)
Sarah Billington
Genre: YA Contemporary

Synopsis:
Warning: Sexual References, occasional course language.  Teen Youtube song writing sensation Poppy Douglas's lead singer boyfriend Ty's been criss-crossing the country and living it up on tour for months while Poppy has been stuck in the boring suburbs, finishing out the school year.  But it's Summer now, and the best thing just happened: Poppy's royalties for writing the hit song The Kiss Off just came in.
She's minted, and she knows just what she's going to blow it on.
Ty's band Academy of Lies are headlining a summer music festival, and Poppy is taking her girlfriends along for the best weekend of their lives. It's all organized: the weekend is going to be full of camping under the stars, backstage passes, VIP rooms and partying like rock stars, not to mention some long awaited one-on-one time with America's favorite front man.
Except, when someone drops out of the trip and Poppy takes the opportunity to mend a broken friendship, it doesn't quite go according to plan.
And when she meets her boyfriend's BFF from another band, the paparazzi form their own totally wrong conclusions.
There's also the matter of Ty's 'super fan' stalker, but the less said about her the better.
The biggest test of all comes in the form of an opportunity too good to pass up. But will insecurities and jealousy stand in Poppy's way?
Can Poppy and Ty's relationship even survive it?   Life is about to get much more complicated for Poppy Douglas, but what can you expect when your boyfriend is a rock star? 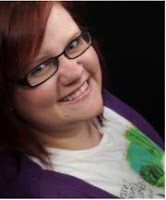 Sarah Billington is an Australian writer and editor who likes to write stories with love, laughs, suspense and zombies. Sometimes all in the same story.

She writes predominantly light Young Adult fiction under her name, Sarah Billington, but if you're interested in something a bit darker and scarier she's got some of that for you too.

Sarah loves a variety of random things, which include Swing Dancing, Ice Hockey, fly ball and is a bit obsessive about paranormal investigation shows and channel E!. She has also become known as "the zombie girl" because of her fascination with all things zombie. She doesn't quite know how that happened, but she's going with it. 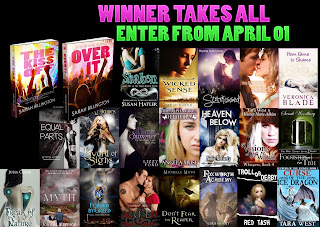 
One winner will win 22 ebooks from all different YA genres listed here:

The Kiss Off by Sarah Billington
Over It by Sarah Billington (on release)
Freak of Nature by Julia Crane
Dark Summer by Lizzy Ford
Boys of Summer by CJ Duggan
From Fame to Shame by Veronica Blade
Shaken by Susan Hatler
Starkissed by Brynna Gabrielson
Wicked Sense by Fabio Bueno
Equal Parts by Emma Winters
Heaven Below by Nolia McCarty
Myth by Jolea M Harrison
Sword of Sighs by Greg James
Forged by Greed by Angela Orlowski-Peart
Footsteps in Time by Sarah Woodbury
Troll or Derby by Red Tash
Curse of the Ice Dragon by Tara West
The Alpha Girls: Flutura by Angela Muse
Don't Fear the Reaper by Michelle Muto
Foxworth Academy by Chris Blewitt
Visions of the Witch by Tara West & Heather Marie Adkins
Souled by Diana Murdock