Why oh why I am smitten with Beau for not only his gorgeous looks and southern charm... 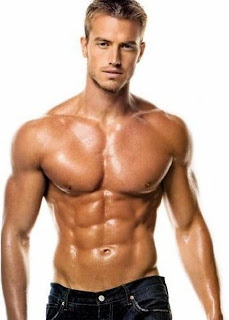 Some of the reasons why *swoon* Beau has captured my heart and soul:

"I was very aware that you were a girl Ash. I was just scared because the one person in the world who knew every secret I'd ever had also happened to be the most beautiful girl I'd ever known. My feelings for you were scary as Hell." The Vincent Boys

"From the moment I held her she became mine. I'm sorry I did this to you but you never really loved the real Ashton. I do." The Vincent Boys

"I'm not letting you go. You're mine Ash. I can't live without you." The Vincent Boys 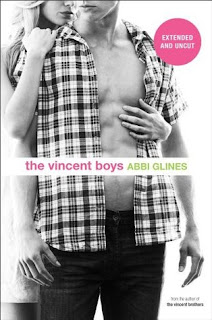 There was something wicked about Beau that drew me to him. What was wrong with me? Why did I want to sin so badly?

Ashton is getting tired of being good, of impressing her parents and playing ideal girlfriend to Sawyer Vincent. Sawyer is perfect, a regular Prince Charming, but when he leaves town for the summer, it’s his cousin Beau who catches Ashton’s eye. Beau is the sexiest guy she’s ever seen, and even though he’s dangerous, Ashton is drawn to him.

Beau loves his cousin like a brother, so the last thing he wants to do is make a move on Sawyer’s girl. Ashton is off-limits, absolutely. That’s why he does his best to keep his distance, even though he’s been in love with her forever. When Ashton wants to rekindle their childhood friendship in Sawyer’s absence, Beau knows he should say no.

Ashton and Beau don’t want to hurt Sawyer. But the more they try to stay away from each other, the more intense their urges become. It’s getting way too hard to resist... 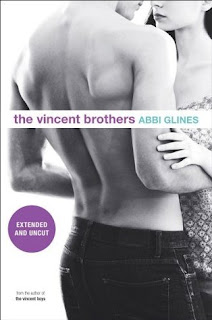 Lana has lived her life in her cousin’s shadow. Ashton always made perfect grades, had tons of friends, and looks model-perfect. And she’s always had Sawyer Vincent—the only boy Lana’s ever wanted—wrapped around her finger. But now things are different. Lana has a chance to make Sawyer see her, and she’s taking it. If only he’d get over Ashton—because Lana is sick of second-best.

Sawyer’s heart is broken. He’s lost his best girl to his best friend. And then Lana comes to town. Ashton’s cousin has always been sweet and soft-spoken, but now she’s drop-dead gorgeous as well. Sawyer doesn’t know if Lana can heal his broken heart, but spending time with her might at least make Ashton jealous.

What starts as a carefree fling becomes a lusty game of seduction. Sawyer and Lana may have different motives, but their scintillating hookups are the same kind of steamy. . . .

Purchase from Amazon
Posted by Live Read and Breathe at 03:00