I Kissed A Dog (Werewolves of the West #1) Blog Tour 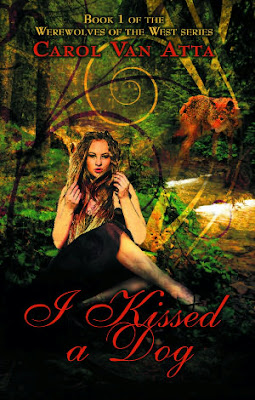 Book Details:
Book Name: I Kissed a Dog, book one Werewolves of the West series


Chloe Carpenter isn't like other women. She can communicate with animals. A gift she unwrapped following one of her frequent dances with death.


In her otherwise wacky life, she's finally found a semblance of sanity working at the Plum Beach Wildlife Park, where her unique talents can make life or death differences for the animals in her care. That semblance is shattered when a new veterinarian roars into the park in his spiffed up sports car and sets his golden gaze on her. If she had her way, he'd roar right back out.


Problem: He's her new coworker and he's saved her life twice - in the past twenty-four hours.


Zane Marshall, Enforcer for the Pacific Pack of purebred werewolves, has a job to do - figure out who or what is mutilating the young men of Plum Beach.


With orders to find the woman who talks to animals, he accepts a position working alongside the fiery Chloe Carpenter, a female who ignites his interest far more than he ever expected. Remarkably, she's the one elusive female with potential to bring meaning and passion to his empty existence.


Problem: She despises him.


Together, they're forced to unravel a mystery of supernatural proportions, a murderous mystery with eternal implications for everyone. In the process, they discover opposites really do attract.
Major Problem: Zane is pledged to another woman, and she'll do anything to keep him from Chloe. 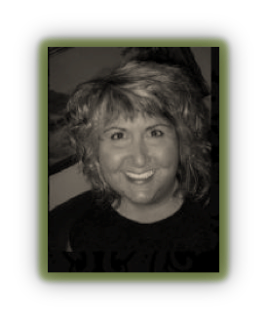 Like most authors, Carol Van Atta is no stranger to the written word. She penned a short novel at age 12. (somewhat frightening illustrations included), and had a creative writing piece published in her high school newspaper (about David Bowie’s Diamond Dogs LP). Yes, she’s an ex-80’s rocker chick.


She has contributed to several popular inspirational anthologies and devotional books, and lives in the rainy wetlands of Oregon with one terrifying teen (another in college) and a small zoo of animals. She is taking an undetermined hiatus away from inspirational writing to delve into her darker side. It is rumored that this genre-jumping occurred after Carol discovered two suspicious read marks on her neck, and experienced an unquenchable urge to howl at the moon.
Author Photo: Attached Below

It has been awhile since I have read any paranormal books besides of course the BDB series so when given the opportunity I thought sure what the heck. This looked like it could be a good read.

I had no expectations of this book and I think sometimes that makes the journey so much better.

I liked the chemistry of Chloe and Zane.  There was an instant pull between the two that was passionate yet comical at the same time.

In this new world that Chloe finds herself immersed into she starts to really gain friends and a new family which is all new for her because given her coma induced gift she has held people at arms length because no one truly understands her. They are drawn to her in the real world and supernatural world but she wasn't really comfortable in her own skin until she was awakened in this new world.

Giveaway: 2 ebook of I Kissed a Dog