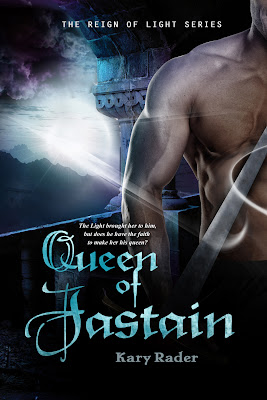 Synopsis:
The Light brought her to him, but does he have the faith to make her his queen?
For twenty years, Avant plotted revenge against the dark king, but when a mysterious woman suddenly appears, everything changes. Although his prophetic Gift reveals she's the Seed of Light chosen to restore the Crown, his overwhelming attraction to the women threatens his long-held plan for revenge and two decades of fidelity.

Abby Randall is inexplicably transported from Dallas to the medieval land of Jastain. There she meets Avant, who claims she's the foretold champion of his people. While the hot guy has her hormones pumping, his crazy talk of defeating an evil king leaves questions to his sanity. Through his supernatural Gift, Avant transplants his memories into her, but neither are prepared for how their hearts intertwine.

Together they embark on their quest, but when Abby and Avant come face to face with destiny, will they sacrifice what matters most to provide a happily-ever-after for the people of Jastain? 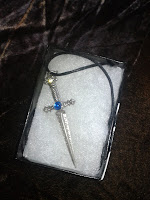 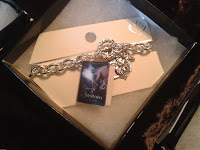 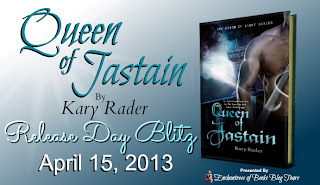 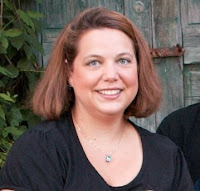 Kary Rader is a part-time Twitter sage, stay-at-home mother of three, and slave to the characters and worlds inside her head. Always creative, she's drawn to stories with fantastical worlds and creatures. With a little bit of magic and divine guidance, there isn't anything that can't be accomplished with words. It's the power of words that creates and destroys. Vanquishing evil and injustice while finding eternal love in the process is all in a day's work. With the help of her critique partners and master cartographer imaginary places come to life.

You can find her at:

Queen of Jastain
by Kary Rader

Excerpt:
When Avant climbed back to the cave, his hair was wet. He'd slicked it back from his face and tied it into a little ponytail with a leather string. The sexy shadow of a light beard softened his angular jaw, and the thick waves of his hair shined with chestnut highlights in the morning sun. It was a good look for him, but then again, what wasn’t? Abby ran her fingers through her own tangled tresses and pulled her hair back. What she wouldn't give for a hairclip.
“Would you like a thong for your hair?”
She giggled at the word thong, certain that what she pictured was not what he referenced. “Do you have an extra one? I’d like to get it out of my face, and I don’t have anything.” Actually she had her own thong, but she sure as hell wasn't putting it in her hair.
He immediately unlaced the tie at the neck of his shirt and handed it to her.
She gasped and put a hand to her face to hide the heat in her cheeks as his shirt fell open below his breast bone. “You don’t have to do that.”
Her blood coursed wildly at the sight of the smooth muscles of his chest. A soft sprinkling of dark hair beckoned her fingers. She swallowed hard.
“It’s all right. Please use it. It will be a hard day’s journey with hair in your face.” His words rang in her mind so sincerely she forgot her embarrassment, but her eyes kept flitting to his heavenly chest.
“Thank you, Avant, and not only for the lace but for everything you're doing to help me.”
Holding her gaze, he nodded once, and her heart fluttered. Was it getting warm in the cave? She wiped the beads of sweat from her forehead.
“It is time to be off if we are to make it to the next shelter before nightfall.” He picked up his pack and walked to the mouth of the cave. She grabbed her bag and followed.
Climbing down proved to be more difficult than going up. The muscles required to lower herself from one level to the next worked her thighs and butt like no gym equipment she'd ever experienced. It was like doing hours of squats. She trudged down the mountain with the previous day's tumult weighting her down like the “freshman ten.” Avant helped her along on the steeper steps, but, for the most part, she made them on her own, clippity-clopping in those damned Docinis all the way.
When he reached the bottom, he disappeared around an outcropping. Abby took the last little step to the base and hurried after him. As she turned the corner, Avant grabbed her arm and spun her around. Driving her back against the rock, he pressed the length of his rigid body against her. His face, barely three inches from hers, clenched in thin lines of stress. Her heart raced…with fear.
She was pretty sure it was fear.

Posted by Live Read and Breathe at 20:03