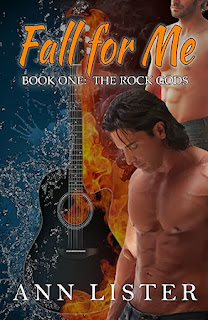 by Ann Lister (Goodreads Author)
Entertainment journalist, Ryan Pierce, meets the infamous bad-boy rocker, Dagger Drummond, and walks away with a great interview and a scandalous news bit that has the potential to turn the music world on its ear. Exposing the story would boost Ryan's career, but it would also come with the risk of ruining Dagger's privacy – and possibly his Rock God status.

The unlikely friendship that develops between Dagger and Ryan brings Ryan to question more than just his journalistic oath to report the news. It also forces him to take a look at himself and newly discovered feelings – feelings that make Ryan blind to the risk of becoming front page news himself.

Will Ryan find the courage to make a life decision to give himself true happiness with Dagger or take the path that would likely lead to heartbreak and destroy his career forever?

Buy FALL FOR ME (Kindle)

It's been awhile since I have read a substantial M/M book and this one totally hit the spot.

Dagger is the famous rock star with skeletons in his closet.

Ryan is the straight reporter who walks into a situation he shouldn't have. Now he struggles with what story to write; keep it to the music or spill the beans on Dagger's secrets.

After deciding to do the right thing he and Dagger begin a new friendship but with Dagger's forwardness and crass ways he starts to shake Ryan's foundation and make him doubt himself and his life choices.

But when you find the one in the end love is love. Ryan can't deny the pull and feelings towards Dagger and instead of fighting it he goes balls to the walls (no pun there. ;)) 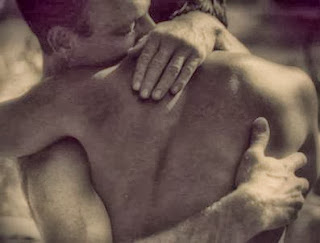 Perfect combo of great chemistry, great passion, lots of personal angst, loads of self-sabatoging, sabatoging from others and loads of love.

Love this book and can't wait to find out more from this series. The next book is: Take What You Want which is coming out this fall. *Squee*