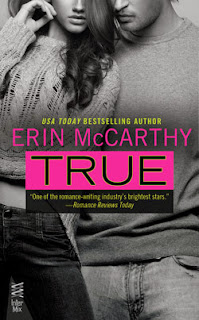 by Erin McCarthy (Goodreads Author)
When Rory Macintosh’s roommates find out that their studious and shy friend has never been with a guy, they decide that, as an act of kindness they’ll help her lose her virginity by hiring confident, tattooed bad boy Tyler Mann to do the job…unbeknownst to Rory.

Tyler knows he’s not good enough for Rory. She’s smart, doctor smart, while he’s barely scraping by at his EMT program, hoping to pull his younger brothers out of the hell their druggy mother has left them in. But he can’t resist taking up her roommates on an opportunity to get to know her better. There’s something about her honesty that keeps him coming back when he knows he shouldn’t…

Torn between common sense and desire, the two find themselves caught up in a passionate relationship. But when Tyler’s broken family threatens to destroy his future, and hers, Rory will need to decide whether to cut her ties to his risky world or follow her heart, no matter what the cost…
ADD TO GOOD READS

So I always love the tortured bad boys and Tyler did not disappoint. 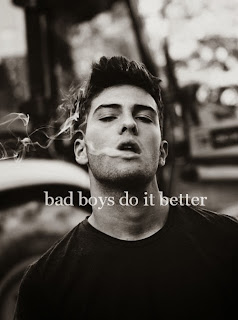 This is a story of the pretty nerd and the tattooed troubled bad boy from the wrong side of the tracks.

Rory was the typical nerdy virgin with two socialite BFF's who once they find out about her v card they try to help her by having Tyler de-virginize her.

Even though she finds this out She still wants to get to know Tyler even though she logically doesn't understand it and likes hanging out with Tyler.  So, against all odds she gives it a go with Tyler.

Literature wasn't intended to be about perfect people, it was about flaws, very real and very deep human flaws.

Everything is all good until Tyler's life and Rory's not understanding father get in the way trying to tear them apart.

But love is strong in these two and logic is not always everything. 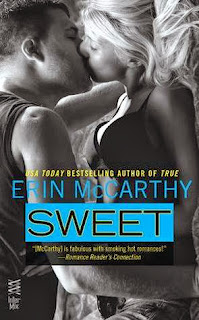 by Erin McCarthy (Goodreads Author)
Jessica Sweet thought going away to college would finally make her free of her parents’ constant judgments and insistence she play chastity club role model for their church events, but if anything, the freedom has made her realize she can’t go home and be a hypocrite anymore. Tired of dodging their questions, she stays at school over the summer and lands in an unexpected crash pad: Riley Mann’s house.

Sarcastic, cocky, and full of opinions, Riley is also sexy personified with tattoos and biceps earned from working as a roofer all day. Not the right guy for her even if Jessica was looking for a relationship, which she is definitely not. But Jessica knows that Riley hides the burden of having to raise his younger brothers behind that grin and as she helps him get his house in order for a custody hearing, they begin to fall hard for each other, and she is forced to question what she’s hiding herself.

Jessica has never had a problem getting naked with a guy, but when it comes to showing Riley how she truly feels inside, her fear of rejection may just ruin the best thing—the best guy—to ever happen to her…

So I'm really starting to like this series and these Mann boys. All of them.

For Jessica she is a girl who used sex as way to have connections without emotional attachments.

She is able to do this until she has to put up with the one person who annoys her and stirs up emotions she's not familar with.

Riley Mann is a man full of loyalty and love for his family which doesn't leave much time for anything else until the biggest pain in his ass sneaks in a steals his heart.

"Nice," he said in approval. "Fuck this eating like a bird shit. You're hungry, own it. Round it out with a burp and I'll think you're basically the perfect woman."

I love Jessica and Riley together. Jessica's upbringing causes her to be who she is trying to be but, not until Riley can she try to be who she wants to be and find love and happiness.

"No. Absolutely not. But I have to admit that I do want to be important. Not just another guy, but the guy. More important than my brother, than Bill, than whoever else." He kissed my knuckles. "I want to be the man you love."

This Mann family is dysfunctional and sweet which is made better with the additions of Rory and Jessica.

Can't wait to find out more with Robin and Phoenix and with Kylie and Nathan.


Erin McCarthy is the USA Today bestselling author of more than 40 novels and novellas in the paranormal, contemporary romance, and young adult genres.  The author is a RITA award finalist and an American Library Association winner of the Reluctant Young Reader award.  She lives in Ohio.  Visit Erin online:
Website: http://www.erinmccarthy.net/
Facebook: https://www.facebook.com/ErinMcCarthyBooks
Twitter: https://twitter.com/authorerin
Goodreads: http://www.goodreads.com/author/show/7941.Erin_McCarthy
Posted by Live Read and Breathe at 03:00