In His Keeping (Slow Burn #2) by Maya Banks ~ #bookreview 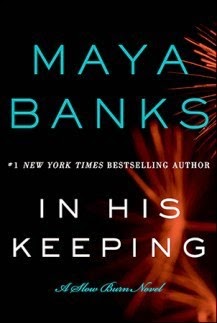 Abandoned as a baby to a young wealthy couple and raised in a world of privilege, Arial has no hint of her past or who she belonged to. Her only link lies in the one thing that sets her apart from everyone else—telekinetic powers. Protected by her adoptive parents and hidden from the public to keep her gift secret, Ari is raised in the lap of luxury, and isolation. That is, until someone begins threatening her life.

Beau Devereaux is no stranger to the strange. As the head of Deveraux Security, he’s more than familiar with the realities of physic powers. So when a family friend approaches him about protecting his daughter, he’s more than ready to jump on board. What Beau isn’t prepared for is the extent of his attraction to his beautiful and powerful client. What began as a simple assignment, just another job, quickly turns personal as Beau discovers he’ll do anything at all to protect Ari. Even if it costs him his life.

My In His Keeping Review ...

This is technically book two of this series but it could be read as a standalone.  However, you will get more from the story reading it as a series.  This book is based around the gruff, brooding Beau Deveraux, whom after his brother Caleb's experience he doesn't take anything to lightly and believes anything can happen.

Arial (Ari) has come into this world loved but had to be hidden because of her special powers.  Her parents would do ANYTHING to keep her safe.  Because safety was always an issue, her dad let her know that if she ever needed help when he wasn't there to go right to Beau or Caleb Deveraux. 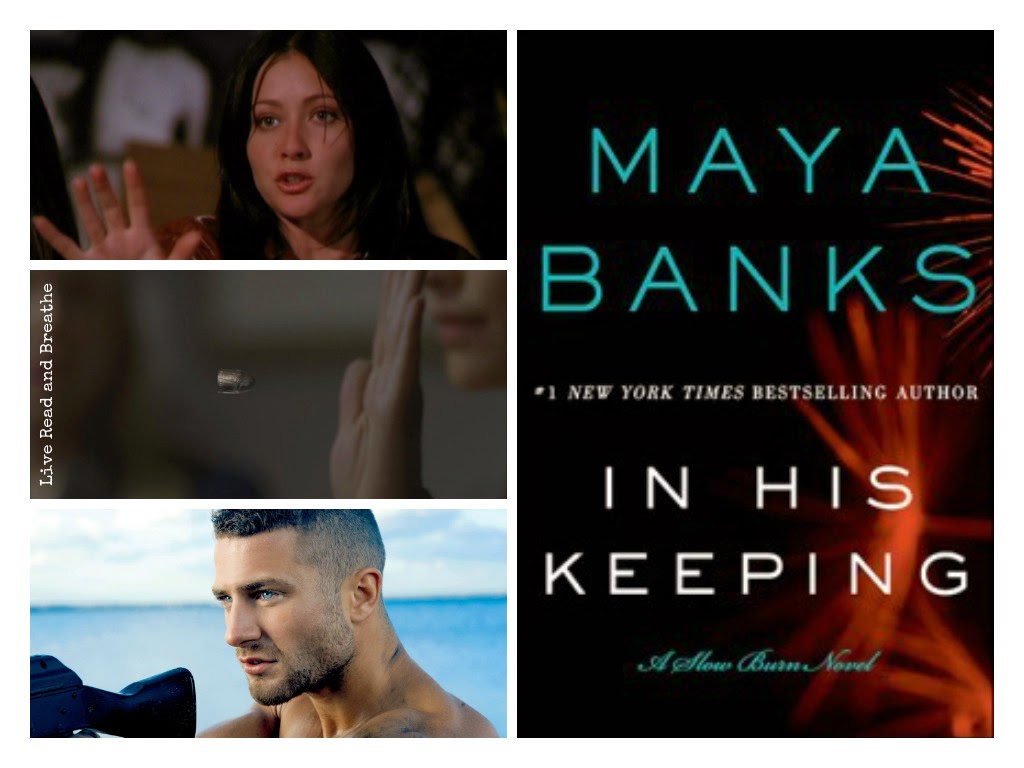 The minute Beau meets Ari his shell starts to chip and he instantly wants to take care of her.  And it doesn't take long for Beau to step up to the plate because the minute they try and leave his office all hell breaks loose.

All Ari has ever known are her parents but she quickly has to depend on others.  As Ari and Beau are trying to survive they also fall into each other and start to depend on each other quite quickly. 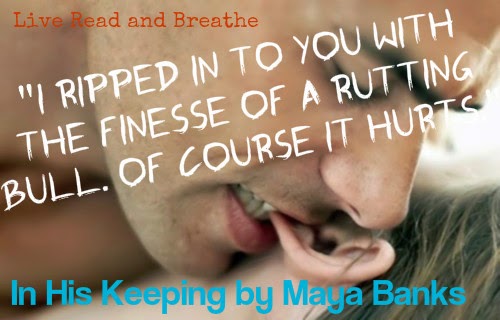 However trying to survive isn't the only thing Ari has to deal with as she finally finds out more truths about herself and her past.

Ari has a pure heart which makes her a bit of martyr when it comes to other but she does have a kick ass gift so you can't really blame her.

Because it was her nature to put herself before others.  To protect when she was the one in need of protection.  If she died saving his life it would be for nothing because his life wasn't worth a damn thing without her in it.

For Beau thinking he has everything under cover quickly gets blown away when Ari gets taken and now he has to do anything to get her back because without her he would be lost.  For Beau he NEEDS to take care of her but he really doesn't have to because with her gift Ari can easily take care of herself and others.   As Ari holds a little vengeance to her attacker and her parent's kidnappers she unleashes a fury like no other.

Thankfully there is a HEA for her and her family where she can surround herself with love and others who have similar gifts that make her feel normal and safe.  This book has suspense, passion and loads of drama.