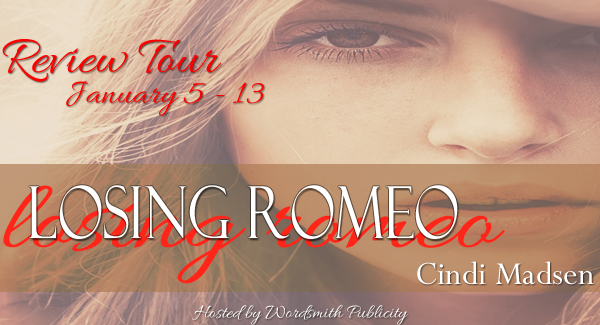 We're celebrating the release of Losing Romeo by Cindi Madsen from January 5-13! 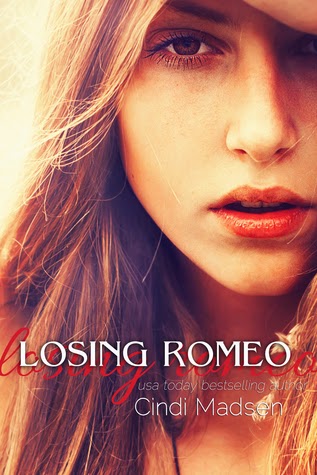 When Rosaline Capulet takes a pill Romeo Montague gave to her in a love letter and goes to the Capulet Party to find him, the last place she hopes she’ll end up is jail. Before taking the drugs Romeo gave her, Rosaline’s never done anything wrong in her life. So she doesn’t understand how her only mistake lands her a one-way trip to the middle of nowhere, Arkansas, forced to live with her aunt, the threat of military school hanging over her head. She’s ruined her life, all over a boy who disappeared from the party with her cousin Juliet.

Bryson Mercer’s motocross career was destroyed the night he was attacked, his knee shattered. Now he can no longer race, the thing he loved most in the world, and has to walk with the help of a cane. He’s kept to himself for a long time, but then Rosaline moves in next door with her aunt. Even though Bryson’s sure the girl’s trouble, as well as out of his league, he can’t deny his attraction to her.

The more time Rosaline and Bryson spend together, the closer they get, and they both find themselves doing the one thing they said they’d never do again—fall for someone. Meanwhile, Romeo and Juliet’s relationship is igniting the Capulet and Montague feud back in Verona, and people are getting killed. Rosaline’s starting to think losing Romeo was the best thing that could’ve happened to her. But when the words she speaks to Juliet lead to a chain of devastating events, the repercussions might tear not only her family apart, but also make it impossible for her and Bryson be together. 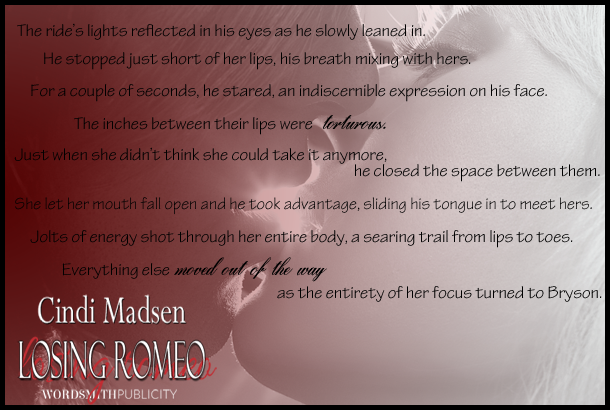 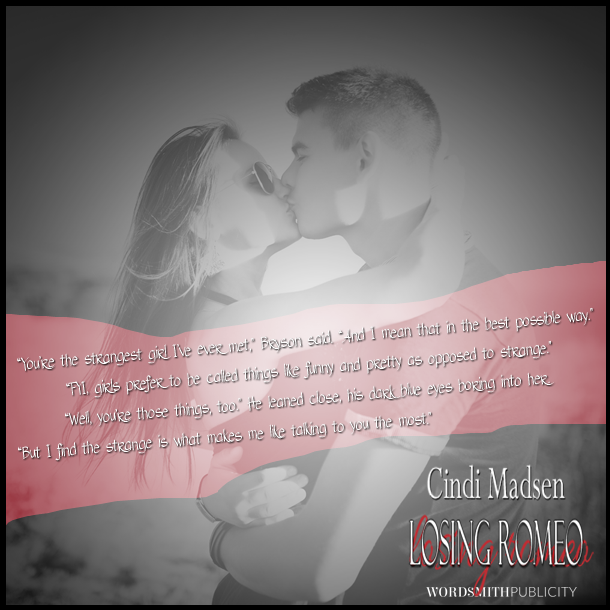 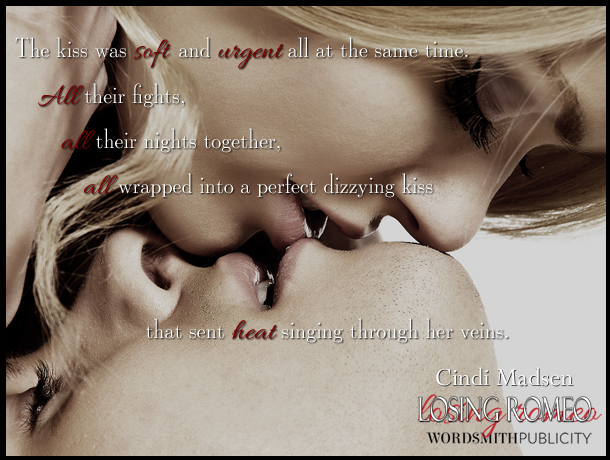 USA Today Bestselling author Cindi Madsen sits at her computer every chance she gets, plotting, revising, and falling in love with her characters. Sometimes it makes her a crazy person. Without it, she'd be even crazier. She has way too many shoes but can always find a reason to buy a new pretty pair, especially if they're sparkly, colorful, or super tall. She loves music, dancing, and wishes summer lasted all year long. She lives in Colorado (where summer is most definitely NOT all year long) with her husband and three children.

Visit her at www.cindimadsen.com, where you can sign up for her newsletter and learn about upcoming releases.

Cindi is the author of YA books All the Broken Pieces, Cipher, Rift, Resolution, and Demons of the Sun, and adult romances Falling for Her Fiancé, Act Like You Love Me, Resisting the Hero, Cinderella Screwed Me Over and Ready to Wed.

Here we have a modern day take on behind the scenes of Romeo and Juliet with trials and tribulations of young Rosaline.

This modern take on a very old love story.  Romeo and Juliet still have their fateful end but now we get to see how that tragedy aftermath helped build a bridge for so much more then just ending a lifetime long feud.   Rosaline's a typical young girl jumping in and out of love but desperately wanting forever love as do a lot of young girls.  Being part of family feud escalates young emotions especially for young Rosaline but she has the strength and determination to find love and end this feud.

Rosaline's a shy girl and doesn't know how to act properly around guys, so when the school hottie Romeo is courting her he suggests she take a pill to help them connect.  Rosaline wanting to kiss Romeo properly takes the pill only to have Romeo not show up (as he found her cousin Juliet)  and then finds herself arrested then shipped off after that offense to her aunt in the middle of no where.

"You're not the first person to make a mistake because of a boy, and unfortunately, you won't be the last.  The trick is learning from your mistakes so you don't make the same ones again."

Being young Rosaline thinks her life is over having to move to Arkansas living with her aunt Dafne.  However, luck is on her side because where her aunt lives also houses a grumpy young adult named Bryson, who has lived some tough lessons and now has a chip on her shoulder.  Even though he's grumpy he's a break into her boredom of confinement. 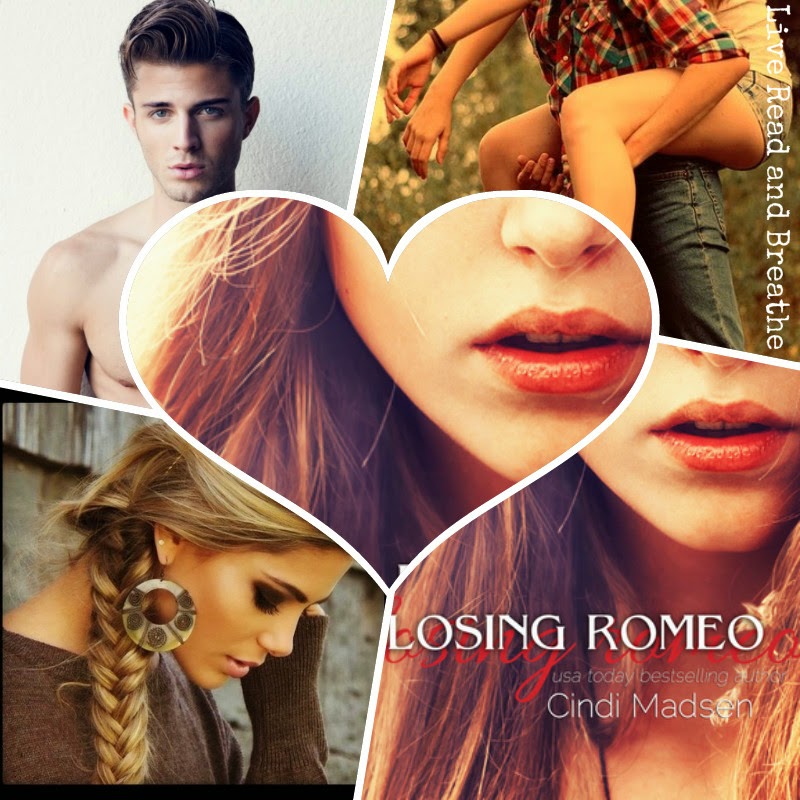 Bryson is smitten with Rosaline but doesn't think someone as beautiful as her would give a scarred cripple like him a chance.  Plus once burnt and all, he's a bit gun shy and temperamental toward others.  They have a rocky start to their friendship but the more they hang out the more they like about one another.  Bryson may have a chip on his shoulder but he adores Rosaline's sarcasm and wit, where as Rosaline sees beyond Bryson's physical ailments and sees the heart of a beautiful young boy.  Since they're young they waver dramatically back in forth with the 'does he/she like me or not' woes.

"Sorry," she said.  "My aunt makes me leave my sarcasm at home before I go anywhere with her.  I brought it with me tonight because I was afraid it was starting to get lonely without me."

As Rosaline is finding her own and helping her aunt she gets pulled back home with all the drama between the Capulets and the Montagues.   Now she's torn between Verona and Arkansas or really between Verona and her young love with Bryson.

I did like this book but sometimes I now find it hard to read YA with all the young love being so dramatic and emotional.  When I first started to read fiction again I gobbled up YA, but the more I read YA, now at times YA can grate on me, but really it's a mood thing not a genre thing.  This book was cute and I think I would have liked it even more if I was in a different mood instead of reading it with a time commitment.