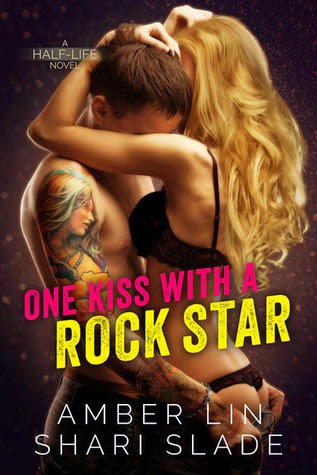 One Kiss with a Rock Star (Half-Life #2)

Half-Life bassist Krist Mellas is caught in a PR nightmare after his dirty sex video blew up online. His agent has the solution: a fake engagement with sultry pop princess Madeline Fox. Krist can’t think of anything worse than a charade with the bubblegum bombshell…except losing the band.

Madeline knows better than anyone what it means to live a lie in the spotlight. She’s determined to help Krist without ever letting him find out what it costs her—or about her girlhood crush on him. But after a smoking hot back alley encounter with him leaves her breathless, she can’t deny she wants the snarling bad-boy rocker.

In a world of glitter and diamonds where the kisses are fake but the climaxes are real, their facades start to crack. And the publicity storm may shatter them both.

My One Kiss with a Rock Star Review ...

I was given the chance to read this book and I jumped on it as I'm a sucker for the Rock Star romances.  It technically is book two in an ongoing series and I was told I could read it as a stand alone, but I couldn't get into it or truly feel Krist's angst so I abandoned it and bought and read Three Nights with a Rock Star.  After reading the first book I felt more of Krist's anguish but I still couldn't get into it fully.

This was one of those books that I kept putting down and starting again as it took me quite awhile to fully get into it as I just didn't jive with both Krist or Maddie.   Krist and Maddie are both bisexuals who are puppets of the industry.  They're more alike then they realize but think they are polar opposites. 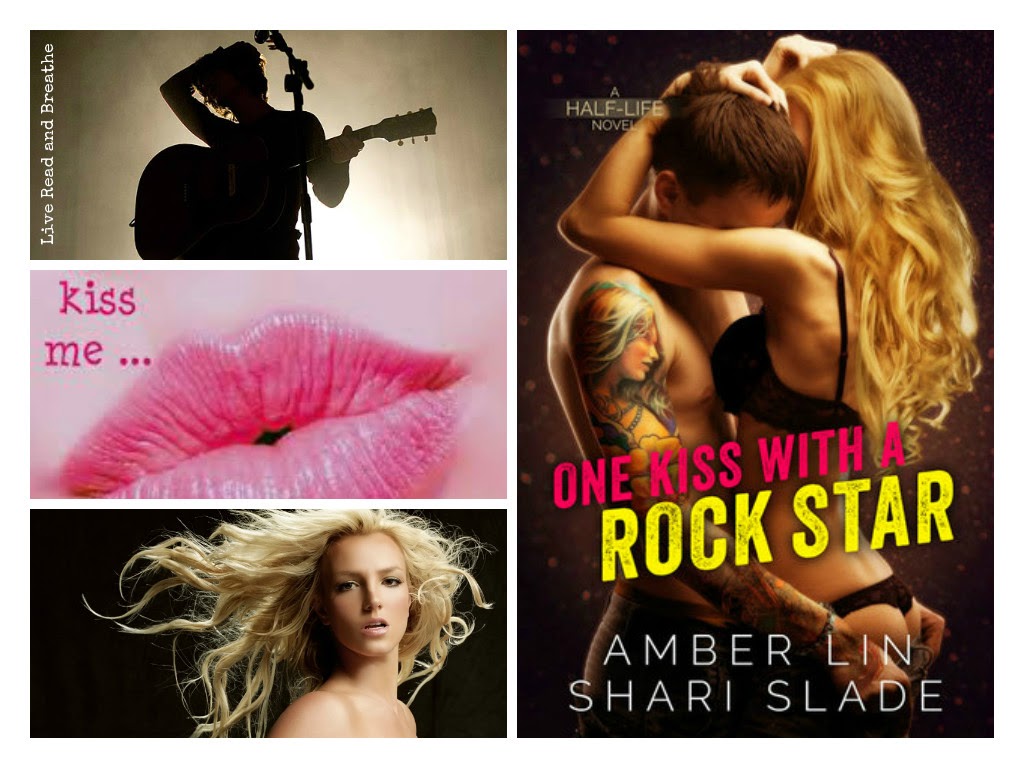 Maddie lo and behold is also a bisexual and finds that she is shackled to her contract so she intentionally acts out trying to break free.  Both need the public to help their images and she doesn't complain as she has always had a crush on Krist.  So why not do a fake engagement even though emotions can get involved.

Krist has always been drawn to Maddie even though he doesn't want to admit it but he is repulsed of what she represents.  This fake engagement causes him to see a different Maddie than what she portrays for everyone else but it takes him quite awhile to really see it and know what it all means to him.

"I don't know what's real anymore, but I'm not sure I care.  When I'm touching you, it's the only time I don't feel like I'm drowning." 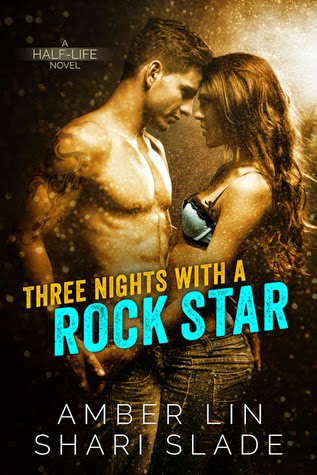 When Hailey crashes a Half-Life after party, she expects to find the bastard who knocked up her little sister. Instead she meets the sexy front-man who agrees to give her access to his crew if she gives him access to her body.

All Lock demands in return is three days of complete control over the Sunday School teacher. With a contract, because he’s been burned before. One misstep could send the band—and his tenuous sobriety—up in flames.

Hailey and Lock push each other’s limits… Against the penthouse window. Backstage. In the limo and on the elevator. But as the contract counts down, neither are ready for the party to end.

Three Nights with a Rock Star

What do you get with a church girl and a rock star????

What you get is a church girl gone naughty and playboy getting tamed.

Hailey goes to find the band Half -Life after her sister comes home pregnant.  All Hailey and her sister have are each other and she wants to make sure that her sister Chloe is taken care of.  So, jumps out of her boring cardigans and jumps into her sister's fishnets and tries to blend in to find the baby father.

She quickly realizes she may be out of her element but she meets one of the entourage who comes to her aid but with a price.  Locke the front man of the band sees this fish out of water and is instantly intrigued so he agrees to help her find out the information she seeks if only she will give him three nights of whatever and whenever he pleases. 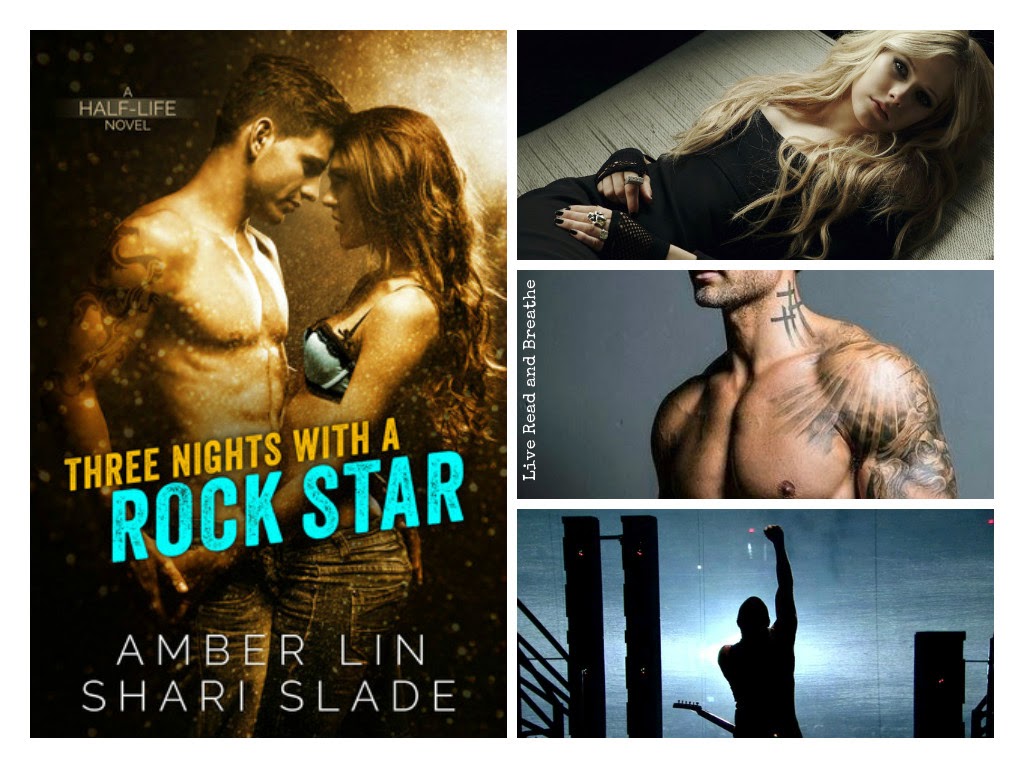 She may be a church girl on the outside but is a naughty girl in the inside so she jumps at this offer to free her inner self.  As Locke and Hailey get down and dirty they both learn elements about themselves. 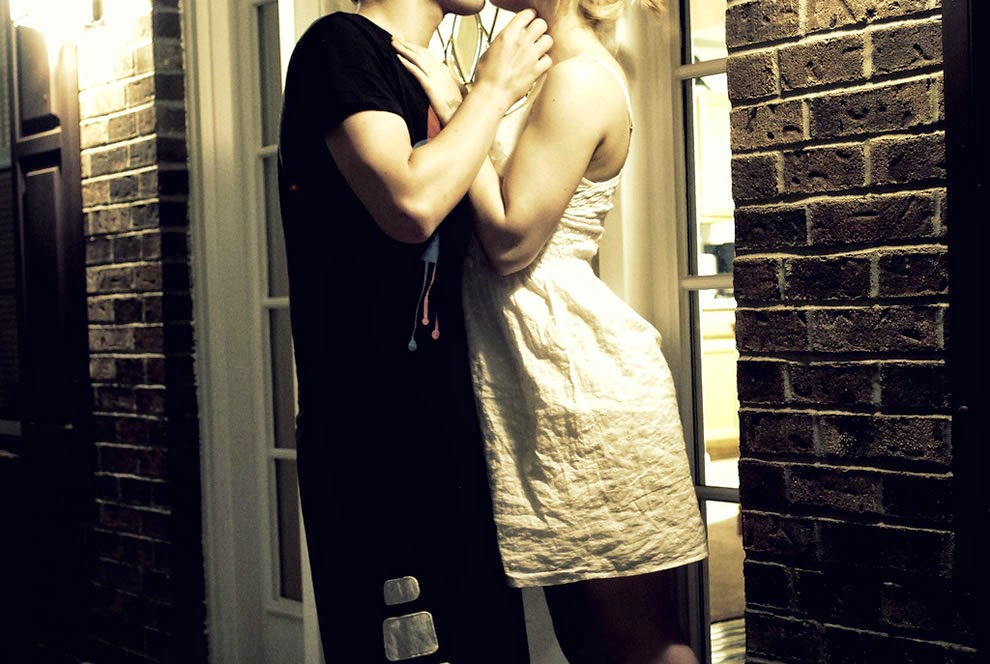