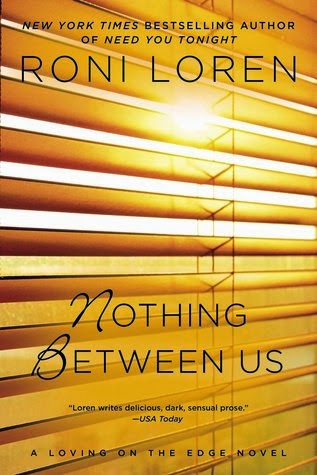 Nothing Between Us (Loving on the Edge #6)

Unlike the heroine of her popular thriller series, Georgia Delaune can’t afford to take risks or push sexual boundaries—unless you count spying through her neighbor’s bedroom window, and never missing a single move he makes.

But just as Georgia lowers her emotional barriers, an unexpected complication arrives: a bad boy musician from Colby’s past who adds fuel to her heated imagination. Now, the lonely author has two gorgeous men eager to fulfill every fantasy she’s ever written—and one she’s never dared to dream…

PRE-ORDER NOTHING BETWEEN US: AMAZON (KINDLE)

My Nothing Between Us Review ...

In Nothing Between Us we finally get Colby's story.  Throughout the series Colby has been a presence and has been wanting more than just the dom/submissive thing.  He wants what his friends have found but doubts that he too will find that happiness and extreme contentment.

Colby is now a counsellor at the school after the possibility of losing one of his students succeeding an extreme misunderstanding.  After that he has never felt right and wants the ability to help more kids.  But for Colby he has conflicting sides.  He wants to help children and wants love but he also has the dominant side of him that doesn't necessarily gel with his other sides.

Colby is intrigued with his introverted shy neighbor but he also knows that she has some issues.  Finally extending the olive branch Colby makes head way with his new neighbor Georgia, but at the same time his past slams right into his face after another almost tragedy with one of his students.  Which now leaves him questioning all aspects of his life.

Adam Keats the long lost student is now smack right back in his present but he's having a hard time combining the fact that Keats was his past student and is now a full fledge gorgeous young man.  Georgia has quite the past and a reason to be very fearful but the neighbor and his new side kick make her want to trust for the first time ever. 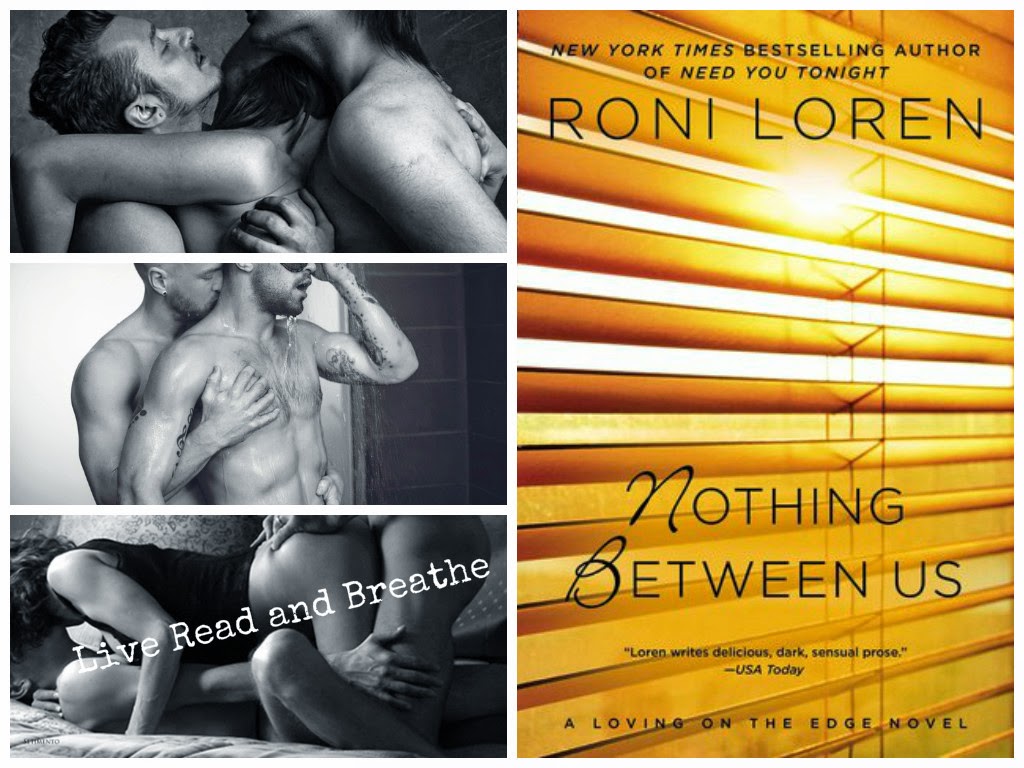 After Colby and Keats make way into Georgia's life, the secrets start to come out with her voyeur side and Colby's exhibitionist side.  Getting to know Georgia makes Colby realize that maybe he can have more, but the problem is Georgia just wants fun and then there is the little issue with Keats.  Colby and Georgia originally start to burn up the sheets but Keats and Colby have to come to turns with their attraction to one another.

"If you don't want me here with you two, I'll leave you alone,"  Keats said, his voice quiet.  "But if you want me to stay, I'm all yours. For whatever either of you want from me, I'm in."

After they start their little rendezvous they all start to want more from this happy triad but their fears and insecurities get the best of them.  As their pasts collide into their futures and emotions are on the line, more is at stake than ever.

Often triad stories don't always work but Roni Loren is like a triad master with this series.  You felt all their anxiety, strengths, weaknesses, hopes, desires, wants, love and connections making you hot under the collar at the same time wanting for them to find their wholeness and happiness together.

It was great! It has so much steam I felt like my kindle was melting while at the same time you felt the amazing connection between these three with Colby being the rock that holds them all together.

PRE-ORDER NOTHING BETWEEN US: AMAZON (KINDLE)