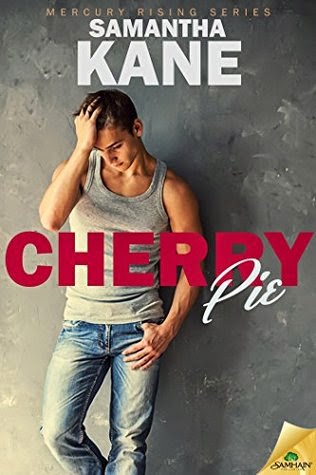 You can go home again—if you can get a foot in the door.
Mercury Rising, Book 1

A year after packing and moving from L.A. to Mercury, North Carolina, John Ford still hasn’t adjusted to the heat. Or to life without his long-time partner. As he fixes up the old house he bought, the quiet becomes his only companion, and he’s content with that—until a deep-voiced stranger plants himself under a tree across the street.
Eight years ago, Connor Meecham left someone behind in that house—himself. Now he’s back to find the man he used to be, before drugs and prison sent his life careening off the tracks. But it’s not his mother’s face peering through the window any more. It’s a man who seems as lost as Conn himself.
When John learns what the house—and the dying town—mean to Conn, he finds himself opening the door to his heart. Just a crack. But it’s enough to get mixed up in a world of emotions as complicated as the recipe for the perfect cherry pie. Where one misstep can turn something sweet and juicy into one hot mess.
This book has been previously published.
Warning: Contains a guitar-wielding, brooding Southern boy and a reclusive millionaire with a weakness for cherry pie and hot coffee. Excessive porch sittin’ and lemonade included.

John moves to Mercury, North Carolina to start over and lick his wounds.  Once he's there he sees a stranger in front of his house who is also there to lick his own wounds.   But for Connor he's also there to find himself after a lot of bad choices. So what better way then coming back home.  The only problem is that home is not the home he left, now that John lives there.

John is a bit grouchey but has a soft heart so he lets Connor stay in his hold house for room and board while he helps to fix it up.  Connor was once the town prince but has lost his way.  With John he wants more, he wants him to want him for being Connor not for a title.

"Sometimes, John, the lies we tell ourselves are the only thing that make the truth bearable."

John guards his heart but Connor makes his way in there with the help of this sweet town.

It was a nice quick read with a an uplifting story.

Posted by Live Read and Breathe at 22:03