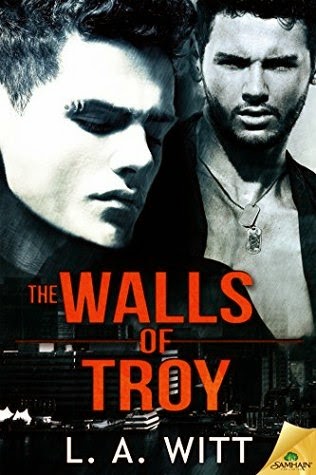 The Walls of Troy

Just when the pieces begin to add up, danger blows them all apart…

MA1 Iskander Ayhan’s orders are simple: stay with Admiral Dalton’s son as a plainclothes bodyguard while the kid attends university classes. So typical—a high-ranking officer abusing Navy resources for unnecessary security.
It isn’t long before Iskander realizes there’s more to his assignment than protecting the kid from benign harassment by homophobic classmates. Behind those piercings, eyeliner, and bad attitude, Troy Dalton is scared. Truly, deeply, scared.
Troy is indeed hiding something. Iskander is the only one who’s ever taken his fears seriously, which gives him hope. Yet Troy isn’t sure one lone, armed-to-the-teeth bodyguard is enough to keep him safe, especially since he can’t risk telling Iskander the truth.
As Iskander slowly gains Troy’s trust, the walls start coming down. And before they know it, the warmth between them explodes into real heat. Until suddenly Iskander realizes he’s a magnet for danger, not a shield.
Now he doesn’t know how to keep Troy safe—stay close, or get as far away from him as possible.
Warning: Contains a younger man with a thing for older men, and an older man who doesn’t usually have quite so much trouble resisting younger men. Author is not responsible for any bad academic habits that might result from watching these two “study” for their exams.

My The Walls of Troy Review ...

Let's start with I am such a huge fan of L.A. Witt and her MM world.  In the Walls of Troy, Iskander Ayhan has a job to be protection from one of the Admiral's kid named Troy Dalton.  At first he thinks this is a BS assignment with a spoiled kid but once he finds out that it could be due to his sexuality then he changes his tune. The more he gets to know Troy, Iskander realizes that there is so much more going on but Troy has build up big walls that Iskander can't seem to get past and find out what is going on.

Spending everyday with Troy is messing with Iskander's mind in more ways then one. First he can't figure out what Troy isn't saying and two he's finding himself attracted to him and that shouldn't be happening as it's his commanding officer's son which will just open up a world of wrong for him and his career. 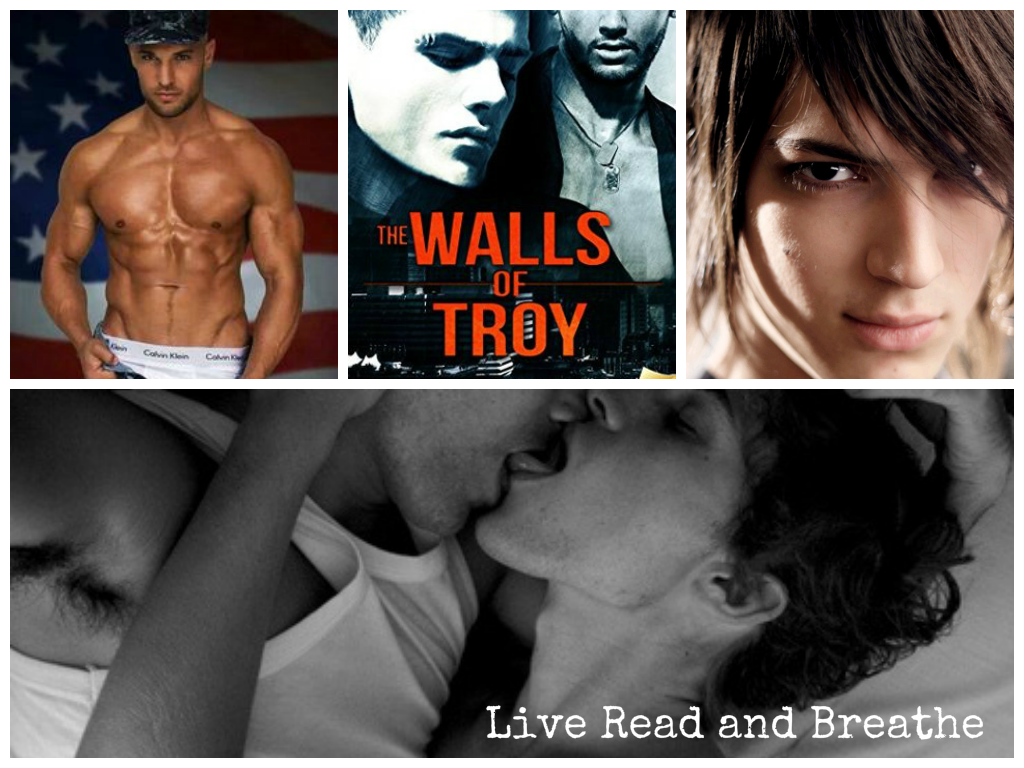 Iskander is not the only one being effected by them spending so much time together.  The closer they get the more Troy's secrets come to the surface.  As the new threats become real they take their relationship to the next level causing more trouble emotionally and logically.

As Troy and Iskander give in to each other the threat comes too close to home and threatens to destroy everything that they have forged together.  I liked Iskander and Troy and all their trials and tribulations.  It was a quick growing relationship but the depth between the two felt appropriate and right.  There was a great mix of angst, suspense, drama and emotions.  As usual another great MM book by the wonderful L.A. Witt

4 No more walls thumbs up!