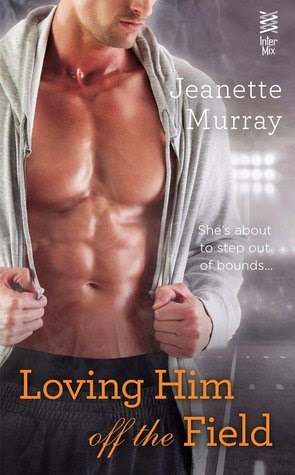 Loving Him Off the Field (Santa Fe Bobcats #2)

Sometimes the best defense is a good offense…

Aileen is a sports reporter trying to make a name for herself without relying on her looks, And what better way to do that than to break a scandal about one of the fastest rising stars on the Santa Fe Bobcats? Killian seems too good to be true, so she knows he must be hiding something…

It’s hard enough breaking into the NFL—even more so when you’re a single dad. Killian isn’t proud that he’s keeping his son a secret, but his ex has a reputation that could tarnish his squeaky clean image for good. So when Aileen starts sniffing around, Killian decides to distract her by any means necessary.

Source: eARC for Honest Review Courtesy of Intermix/Penguin
Genre: Adult Sports Romance
Part 2 in a series but can be read as a standalone

My Loving Him off the Field Review ...

Okay, so the truth is sports romances are my guilty pleasure *blush* and I was excited to read this one after quite liking the first of the series  One night with a quarterback sadly, this book didn't quite do it for me. :(

Here we have Killian who is the kicker of the Santa Fe Bobcats who happens to be a self imposed loner on and off the team.  He chooses this because he has a secret that needs to be kept close to the belt.

Aileen is pixie like journalist who has integrity but also wants a good story.   Her job wants her to run a story on the loner of the team ... Killian Reeves.  As she starts to get her story, she also gets under Killian's skin.   Killian is drawn to her but wants to keep her at hands reach because of his secret but their attaction is too strong to be denied so they cross the lines from professional to casual but don't know where it leads to.

To get the interview Aileen is supposed to interview Killian for 30 days but he negotiates it for him to interview her for half of it.  They agree to alternate days.  Here is the crux of the matter for me basically they are supposed to interview each other for a big chunk of the book but they never really asked each other anything.  They went through the motions at times and the time frame went by but there was like maybe 6 questions asked back in forth in total.   I think it was supposed to feel like the time was going by while in reality they were really getting to know each other, but it was really left flat for me as I was waiting and waiting and waiting for more. This in turn caused the progression of their relationship to move forward painfully slow and then once they turn the corner of their relationship bang it is full speed ahead. 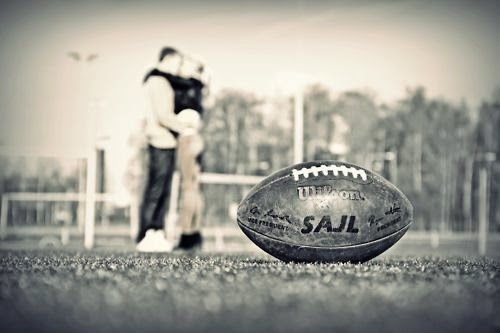 Gah! I wanted to like it so much more.  It is a part of a series but could be read as a stand alone however probably wouldn't make you want to move forward with the series as the first one did.  In One night with the quarterback there was much better growth development with the other players.  This book felt kind of out of no where with Killian being the loner of the team and not really part of the first book.  I liked elements of it but I was bored and waiting for so much more from this book.  Killian's secret was decent and I like how that all played out but it was such a quick reveal and perfectly worked out that it took away from the potential of backlash from the secret.

2.5 Didn't love so much off the field thumbs up!

My Review | One Night with a Quarterback