Promise Me This (Between Breaths #4) by Christina Lee - #bookreview 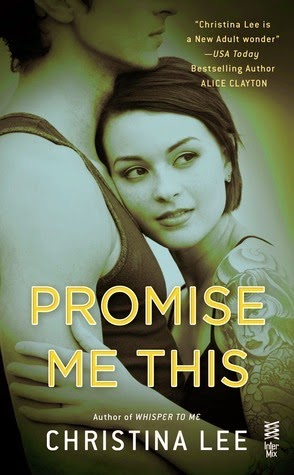 Promise Me This (Between Breaths #4)

A new love will test the boundaries of passion between a privileged boy next door and the tattooed, blue-haired girl who helps him embrace his wild side...

Nate has developed quite a playboy reputation around campus. It's not that he doesn't respect or trust women; he doesn't trust himself. The men in Nate’s family are prone to abusive behavior—a dirty secret that Nate’s been running from his entire life—so Nate doesn't do relationships. But he can’t help himself around one girl…

Jessie is strong, independent, and works at a tattoo parlor. Nate can’t resist getting close to her, even if it’s strictly a friendship. But it doesn't take long for Nate to admit that what he wants with Jessie is more than just friendly.

With Jessie, he can be himself and explore what he’s always felt was a terrifying darkness inside him. Even when Nate begins to crave her in a way that both shocks and horrifies him, Jessie still wants to know every part of him. Testing their boundaries together will take a trust that could render them inseparable… or tear them apart.

My Promise Me This Review...

Here we have the fourth book in this NA series.  Nate has been the 'player' friend and cousin to Kai whom has been in the background of the last three books.  Here we finally get to find out his story.  There is something sweet about this series but something about this story wasn't reeling me in.  I liked the premise and the characters but I was able to put it down frequently and move on.  However, I wanted to finish it so I forced myself to finish it and I did like it in the end but ... it was not my favorite in the series. 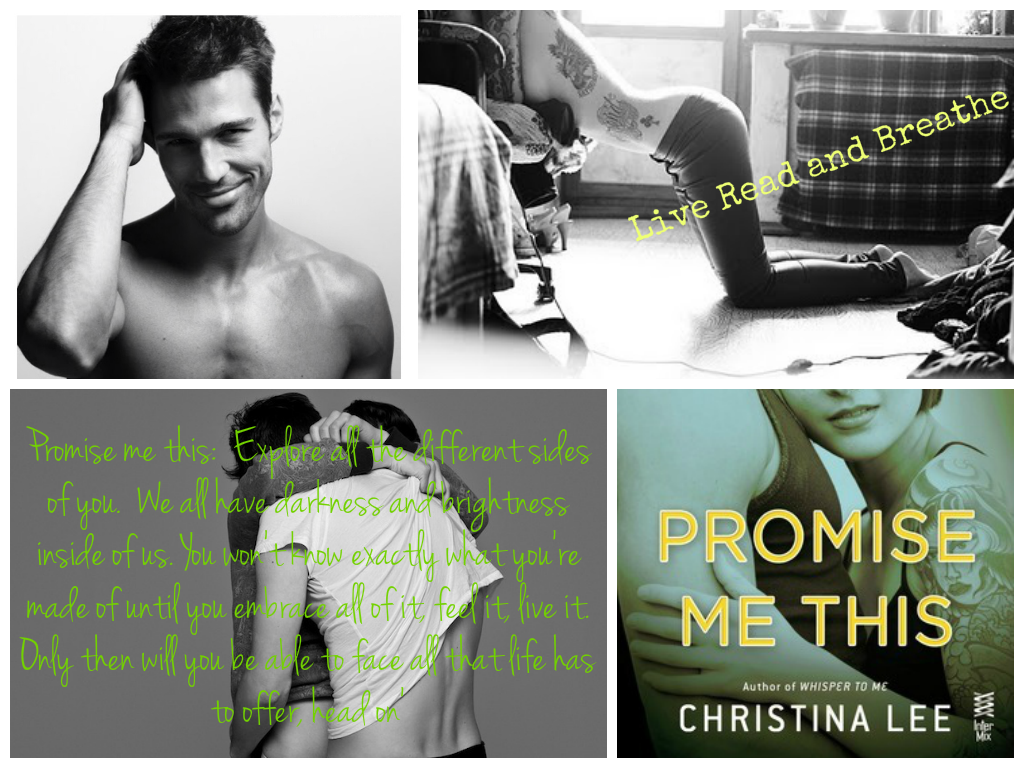 Nate has desires he is ashamed of especially been brought up by an abusive father and a dysfunctional family.  His biggest fear is that he will end of like his father so to prevent that he never connects with the woman he sleeps with.  He doesn't kiss them and he does not do repeats. One thing he does have is his friendship with Jesse which is his constant but when Jesse walks in on him in the public bathroom with a hook up everything changes.  For Jessie she stats to see a side of Nate that she didn't think belonged to the straight laced Nate which instantly intrigues her and her libido.  Jesse has suffered loss of her father but she was raised from a great loving supportive family.

"Everyone ... has a hidden part of themselves ... they don't allow anyone to see,"

Jesse is a tattooed girl who knows what she wants and who she is.  So she can see the struggle that Nate is going through.  After Nate literally gets caught with his pants down he starts to regret his choices.  As Jesse needs Nate to help her with a school project it forces them together.  Their chemistry is strong and there physical connection is instant but Nate's internal battle is stronger.  Jesse helps tame and balance Nate's struggles.  Jesse doesn't know what to do for Nate but her heart is involved.  Nate wants to be with Jesse but his head is effed up so with the help of a counsellor he's able to start to move on and help his splintered family heal.

"You had some experience growing up and it ... left a bruise on your heart. "

The more Nate confronts his past the more he's able to deal with his internal desires and battles from within.  Jesse wants the whole of Nate, the assertiveness the dirty talker, the sweetheart, the whole thing.  As I was reading it I did like the story as I previously stated but I will admit I got tired of Nate's internal battle and I just wanted him to move the eff on and deal with it.  Thankfully he got his head out of his ass and realized that maybe he can have darker impulses and not be an asshole like his father. 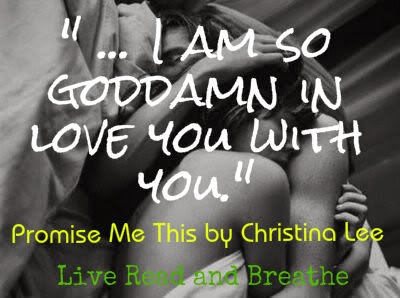