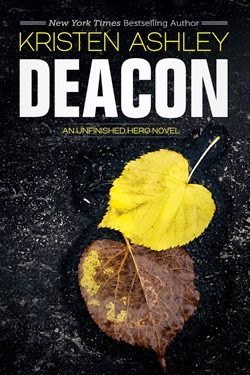 Deacon has an ugly history, a history that broke him, leaving him a ghost of a man. Out of necessity, he left the normal world to descend into the criminal world and found he fit. So he stayed. Cold as ice and living off the grid, Deacon has no intention to connect, not with anyone.

Then he returns to some remote cabins in the Colorado Mountains and finds they have new owners. One of them is Cassidy Swallow, a young woman willing to work hard to live her quiet dream in a house by a river surrounded by aspen and pine.

Suddenly, Deacon finds he’s at war. Cassidy’s pull for him to connect is strong. He fights it, but he loses, always coming back for more. But when he does, he gives her nothing.

From the first time she sees him, Cassidy knows Deacon is dead inside. She knows he’s the kind of man who could destroy a woman. But one night when Deacon’s control slips, Cassidy takes a chance.

Another book that has me torn.  There are so many elements that I loved about this book and others that left me with WTF.

It had the elements of KA's usual Alpha men.  But it also had the oh boy is poor Deacon broken.  His story! Gah! Heartbreaking.  It also had a kick ass heroine but here is the thing ...  it didn't feel like there was a huge story compared to all her other stories.  There wasn't the drama and angst that we expect with KA.

The story was really just about Deacon and Cassidy.  Cassidy has always dreamed of owning a cabins to rent in the woods in Colorado and while pursuring her dreams she meets Deacon.  As the next 6 years goes by Deacon comes in and out of her life until finally he gives in to the temptation of Cassidy.  Deacon is stuck in the past and doesn't believe he deserves any happiness so, even though he tries to find it, he can't fully let it happen so he keeps Cassidy at arms length.  Thankfully for Raid who gives him a mental ass kicking which causes Deacon to tame his demons then he's ok to move forward. 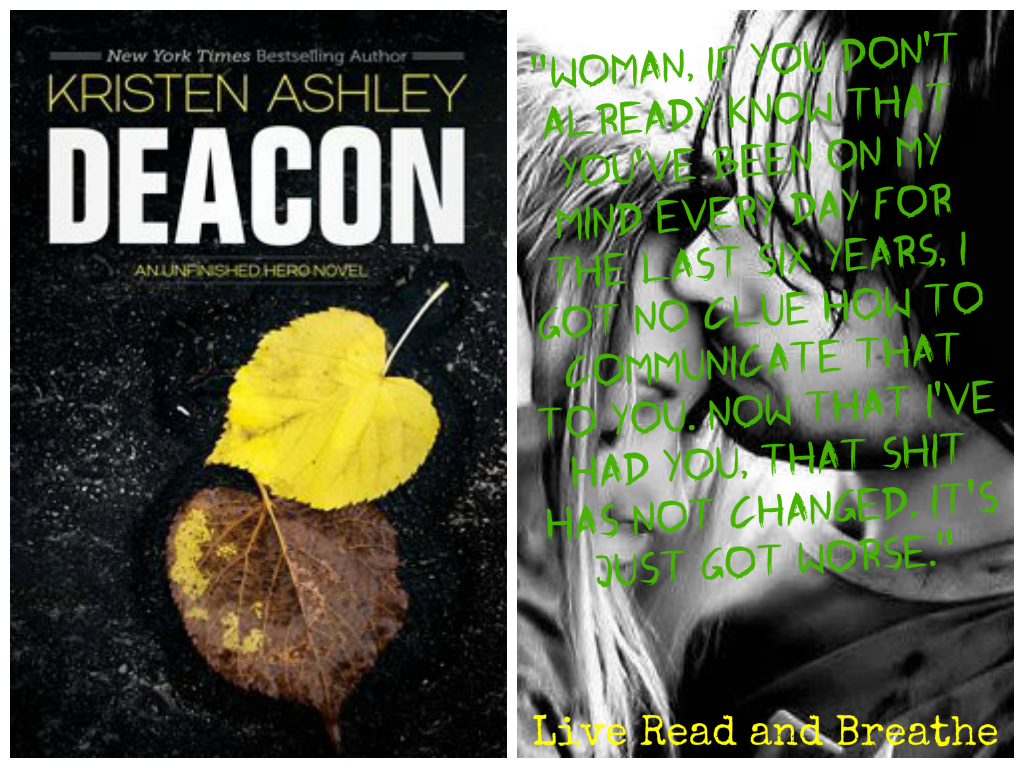 The part of just Deacon and Cassidy I LOVED but I sadly wanted more from the story. In the unfinished Hero series there tend to be darker and kinkier than her other stories but with the kink in this story there were so many times that it felt awkward and no way in hell would a bad ass to that to get over his demons. Nope not gonna happen. (You'll understand once you read it)

Even though there were elements and details of the story that didn't work for me there was still the typical KA awesomeness that I loved.