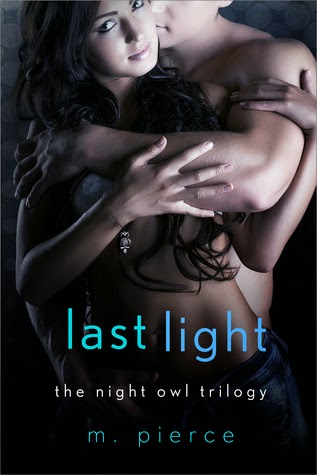 by M. Pierce (Goodreads Author)
Matt Sky is missing. After a solo ascent of Longs Peak that left only a large blood stain, tatters of climbing clothing, and the tracks of an animal in the snow, he is presumed dead ...

Hannah Catalano is guarding a secret ...

This is the follow up to Night Owl and Oh! Boy Matt's spiral is only beginning and the the depths that he goes to get his way are mind blowing.

Poor Matt. Wants his privacy back but to win it he has to do the unthinkable.   With his new choice he has the chance to lose Hannah but his love for writing will always be bigger than his love for himself or anyone else.

Hannah doesn't agree with Matt's plan but gets it and loves Matt enough to support his wishes.  However, Matt is not doing well with his plan and it now is imploding around him step by step.  If only Matt didn't live in the world of lies, deception and manipulation than maybe he would be able to find the happiness that he didn't know existed.

Again the way this book unfolds is brilliant and in this book you start to understand more of why their relationship is so unhealthy.  All the stakes are coming out in this one but will their unhealthy love be enough to stay together.

This ending didn't leave me in confusion but it did leave me wondering many things of:  how it's all going to unfold?,  will they find their HEA?,  Will Matt be able to honest and open?,  What will happen to the infamous W. Pierce? ,What will happen with Matt's brothers?  So many details that I need answered hopefully sooner than later.

3 Full of lies and deception thumbs up!

Posted by Live Read and Breathe at 08:30