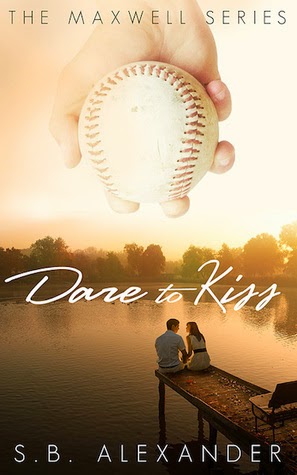 Besides her family, Lacey Robinson’s only other love is baseball. She’s on top of the world when Arizona State University approaches her to discuss a scholarship. To be the first girl ever to grace a college boys’ team is beyond what she has ever dreamed.

Her fastball is impeccable, her curveball equally as good, and her slider annihilates anyone who dares to step in the batter’s box. But fate has its own way of throwing curveballs. When she loses her mother and sister to a home invasion, baseball and her dreams die with them. Tragedy has a way of seeping deep into her psyche, causing nightmares, panic attacks and blackouts. Diagnosed with Post Traumatic Stress Disorder, her psychiatrist recommends a change of scenery and picking up the things that she loved to do, and for Lacey that is baseball.

After a move clear across the country, only two things matter to Lacey—overcome her PTSD and make Kensington High’s baseball team. But trying out for the team comes with obstacles—the captain, Aaron Seever, doesn’t want a girl on the team.

Her life is further complicated when she meets Kade Maxwell, a tall, sexy and drool-worthy bad boy who has a magical touch that awakens her feminine side and a kiss that slowly erases her nightmares. But getting involved with him may be dangerous when Kade’s archenemy returns to town to settle a vendetta.

To complicate matters, her PTSD has taken a turn for the worse. She has to find a way to heal otherwise she may not have a chance at anything in life, especially love.

This is a New Adult Novel and contains strong language and sexual content. Intended for audiences age 17+

My Dare to Kiss Review...

It was been awhile since I read a great YA book and this book definitely fits the bill.  However, due to its content it is more of a mature YA book.  I am such a big fan of alpha men and these Maxwell boys are YA version to the alpha men. I so wish those kind of boys existed when I went to high school but sadly that so was not the case.

We don't have one sexy boy, nope we have 4 awesome sexy brothers who steal your heart and make you squirm with there sex appeal.

Lacey Robinson has had a terrible tragedy which as caused her to suffer with PTSD and understandably so.  However, with part of her healing she focuses on her dreams which is playing baseball.  I have read other books where there is girls playing baseball in a boys world and they have fallen flat but with this you believed in her and her ability to fit into this boy's  baseball world.

But when you are new to a school, pretty and can take a spot away from a boy on the baseball team that usually can cause waves in the hierarchy of teenage high school angst.  I love the fact that the taunters and bullies are called out and reprimanded instead of ignored like they usually are in books and in life.

Lacey not only gets attention from the general high school population but also the bad ass rebel Kade Maxwell.  The minute they meet even through gunpoint his heart skips a beat for her, so even though Kade goes through girls he knows that he wants Lacey for more than a fling. But with Kade also comes his family no matter what, which can cause some stress at times.

The chemistry between these two is off the YA charts.  Both of them have tragic pasts that has broken a part of each of them but together they start to heal each other and move forward. 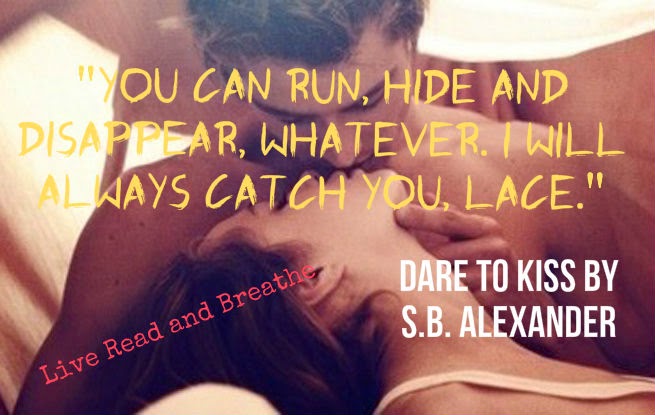 This was such a beautiful amazing story about loss, hope, dreams, family and love. 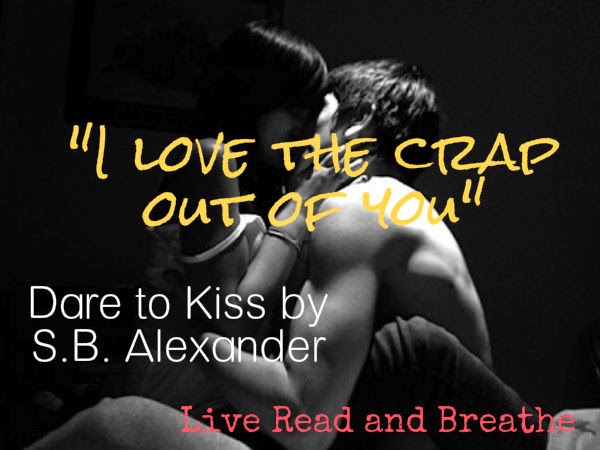 I can't wait to read more with Dare to Dream where we find out how all the drama and mystery unfolds with the ' accidents that are happening to the girl players on the team.   I need it now!!! :)

Posted by Live Read and Breathe at 14:11