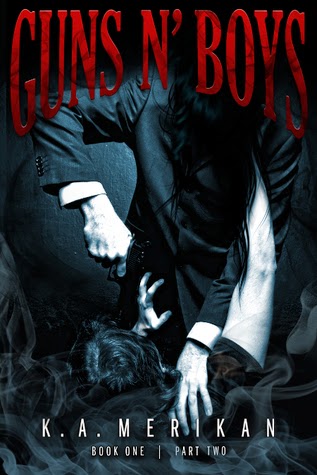 Guns n' Boys needs to be read in order. This is the second part of book one.


Domenico Acerbi grew up in the shade of Sicilian lemon trees ready to give his life for the Family. Ready to follow orders and exceed expectations. A proud man of honor.
When Seth, the younger son of the Don is kidnapped, it’s Domenico who is sent to get him back. The man he finds though, is not the boy he knew all those years ago. Lazy, annoying, spoiled, and as hot as a Sicilian summer.


Seth Villani wants nothing to do with the mafia. Unfortunately, he doesn’t get a say when the Family pulls him right back into its fold after his mother’s death. Thrown into a den of serpents otherwise known as the Villani Family, Seth has to find a way to navigate in the maze of lies. But when Domenico Acerbi, the most vicious snake of them all, sinks his fangs into Seth, the venom changes into an aphrodisiac that courses through Seth’s veins.


Domenico knows his life is about to change when he gets the order to train Seth up to the role of future Don. Seth isn’t made for it. He isn’t even made. But a man Domenico knows he would never have to fear might just be someone he’s always needed.


If Seth is doomed to follow in his father's footsteps, he might as well enjoy himself--with the most intoxicating man he’s ever met. Maybe he can even fool himself into believing that Domenico isn’t a handsome sociopath who kills for a living.


WARNING: Adult content. If you are easily offended, this book is not for you.
‘Guns n’ Boys’ is a gritty story of extreme violence, offensive language, abuse, and morally ambiguous protagonists. Behind the morbid facade, there is a splash of inappropriate dark humor, and a love story that will crawl under your skin.

I effin' love this series and K.A. Merikan.   In this installment we get to the meat and potatoes of Seth and Domenico and their relationship.  They are both finding their way in this new relationship which causes many things to come unfringed with these two. 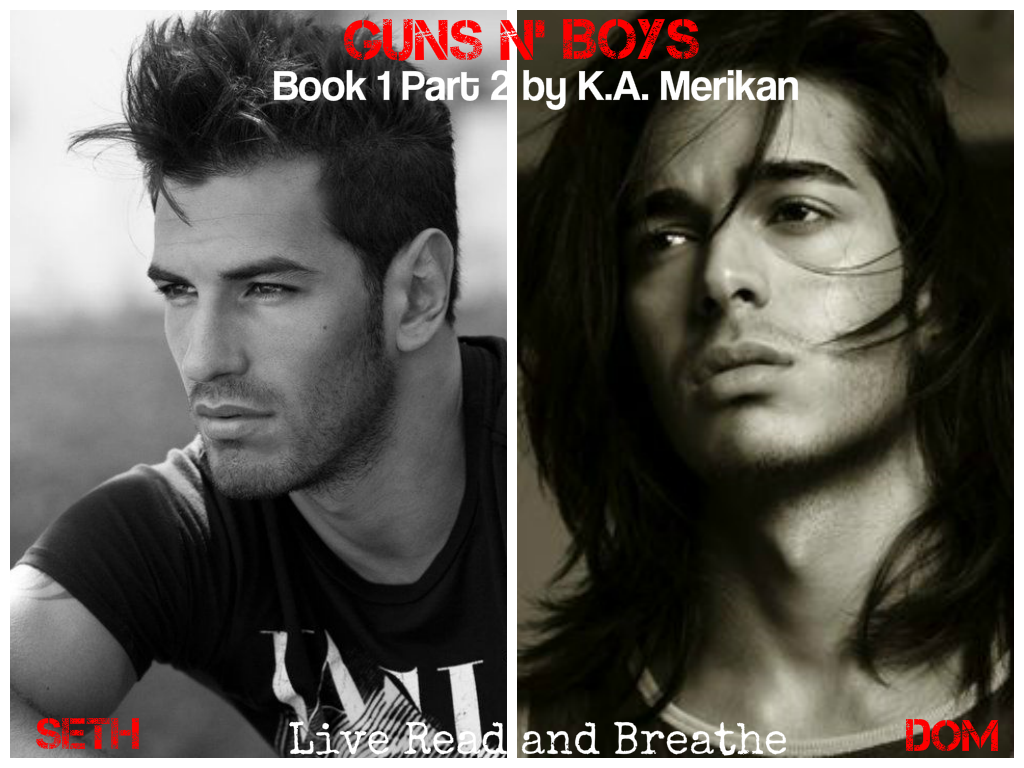 Poor Domenico may be the tough assassin but this love thing is so new to him that he starts to lose his marbles a bit when it comes to Seth.  As Seth and Dom can finally be themselves away from the family  their bond cements while their exploration of each other ignites. 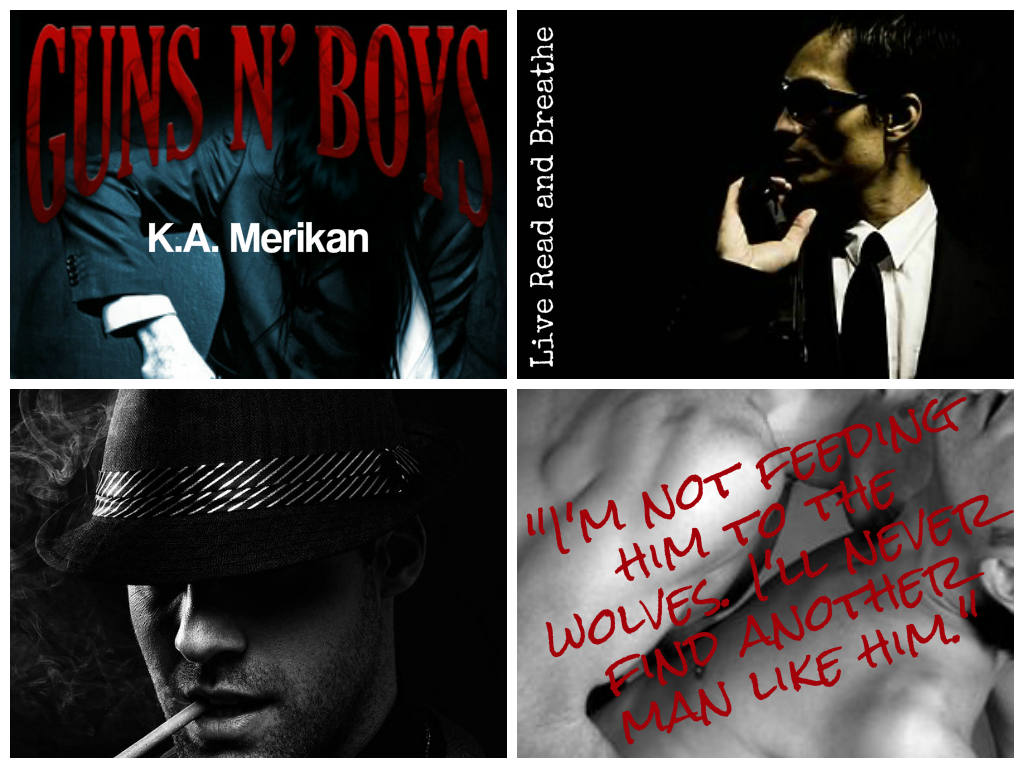 Things seem to be going pretty easy for these two but the truth finally surfaces and Dom is faced with the hardest choice he has ever had to do.  His dream or his heart.  Tough choice but really there is only one answer when it comes to these two.  However, things are never easy with the mafia and we are left with a bit of a cliffhanger waiting to find out what happens for these two.  I can NOT wait for the next installment to find out what is instore with this forbidden duo.

The story was great. The relationship between Dom and Seth was great.  I Loved it!! I am so hooked on this series.

Posted by Live Read and Breathe at 21:20