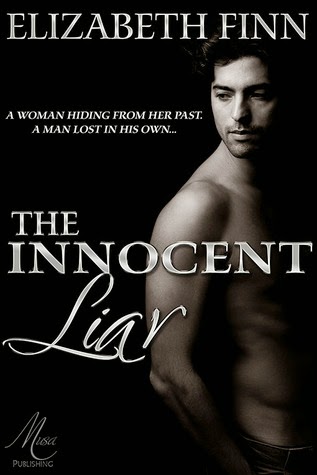 A woman hiding from her past, a man lost in his own…

Fiona was desperate to find a life in Jackson, Wyoming, but when a job interview that was supposed to be a sure thing turns ugly, she doubts there’s much hope of it. Eli sees through her lies, and regardless of the favor his father has asked of him, he’s just too stubborn to hire a woman who refuses to even give him her real name.

But there is a reason for everything, and he finds out soon enough her deceptions have a purpose too.

Secrets and lies are nothing to build a relationship on, but their attraction to one another is too intense to ignore. They’re simply magnets pulled together in a situation that should be driving them apart, but Eli has his own ghosts to contend with, and his past leaves him incapable of trusting a woman he can never fully know.

How can they move beyond her lies when the truth is what Eli really needs, and when her past threatens to destroy her, can he rise above his own needs to protect her — his innocent liar?

My The Innocent Liar Review ...

Another Elizabeth Finn hit.  Damn that woman knows how to write a good story.

Here we have Eli whom has a past but the one thing his past has taught him is to hate liars.  His past has also taught him to be gruff and a little rough around the edges.  When Fiona comes into his shop for an interview all he wants is her name.  When he doesn't get it he flips, but he is strong armed into hiring her anyways.  The more Fiona infiltrates his world the more intrigued he is with her and the more her presence starts to soften him.

"There's nothing better, than you, baby.  It doesn't mean I'm not terrified all the time I'm going to hurt you, but I'm not worried in the least I'll cheat on you or betray you for another woman. Not in the least.  That's just not who I am.  It's my mouth and shitty attitude that'll get me in trouble with you."

Even though Fiona still has secrets he starts to trust her and let her in which causes him to finally give in to their sexual attraction to one another.  Their chemistry is instant and emotions get involved quickly but their pasts are getting in the way.

"Eli, you don't know this girl's story."
"Isn't that kind of the problem?"
"That's your problem, and it has to do with your own personal hang-ups, not her."

As Eli start to unburden his demons, their pasts crash into them causing him to reevaluate the reality of their relationship.

"Fine.  All I'm saying is that it's not surprising that her secrecy is so hard on you.  You maintain a very tight hold on your life.  It's how you've always coped.  You control, you own, you make sure no one has the power to hurt you.  She does have that power, or she did, and you decided you weren't ready for her to.  ..." 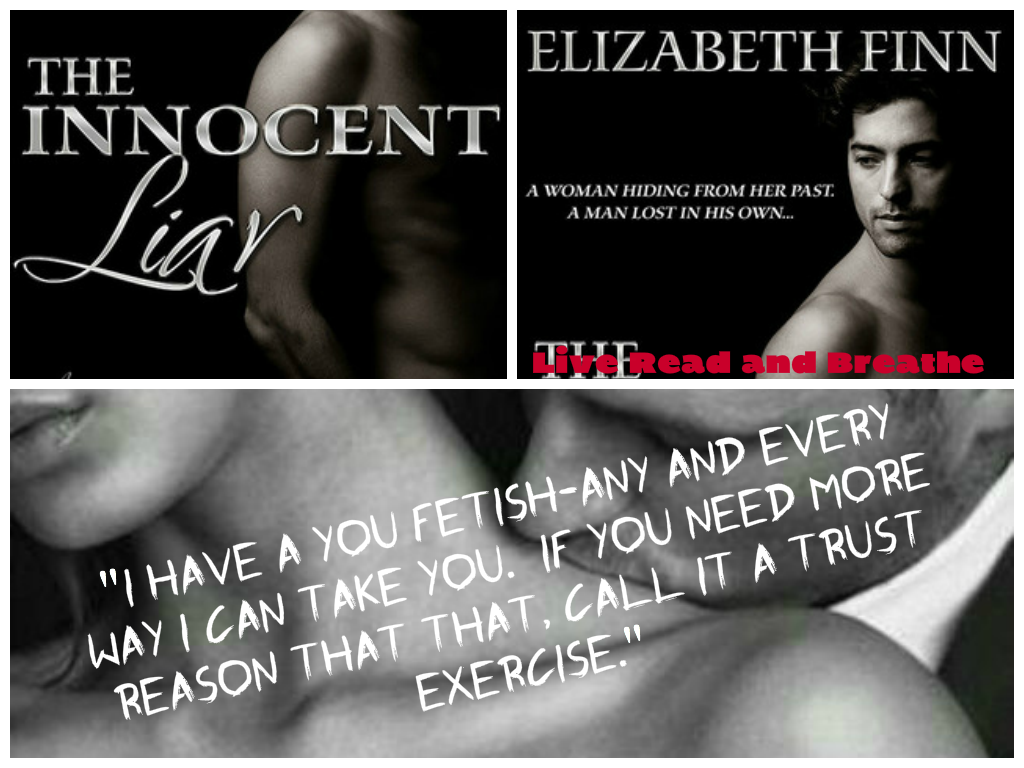 I loved the softening of Eli and the growth of their relationship.  This book had such a great balance of suspense, drama, angst, growth  and love. It had me ensnared from the beginning to end.  Gah! I adore Elizabeth Finn and her ability to write such great stories.

4 Not so Innocent Thumbs up!

Posted by Live Read and Breathe at 22:19