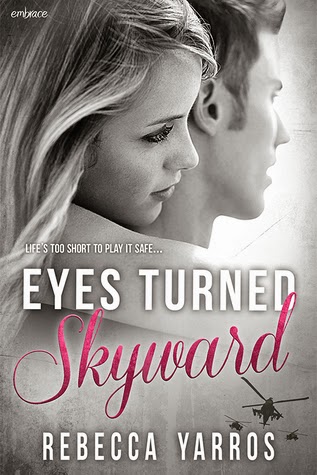 Since her sister's death, twenty-year-old Paisley Donovan, who shares her sister’s heart condition, is treated like delicate glass by her parents. But nothing will stop her from completing her Bucket List—even if it kills her. And it almost does, until Jagger Bateman pulls her from the ocean and breathes more than air into her lungs—he sets her soul on fire.

Jagger is enrolled in the country's toughest flight school. He's wickedly hot, reckless, and perfect for a girl looking to live life to the fullest. Except that Paisley is the commanding general's daughter, and her boyfriend is Jagger's biggest rival. Now Paisley must decide just how much to risk for a guy who makes her heart pound a little too hard.

They're flying through dangerous territory—and one wrong move could make them crash and burn...

So this book is not part of a series but we meet some of the characters in Rebecca Yarros's other book Full Measures .   This is my second Rebecca Yarros book and I have to say that she is making some positive waves in this NA genre.  Her stories are emotionally angst filled story with heart and substance. 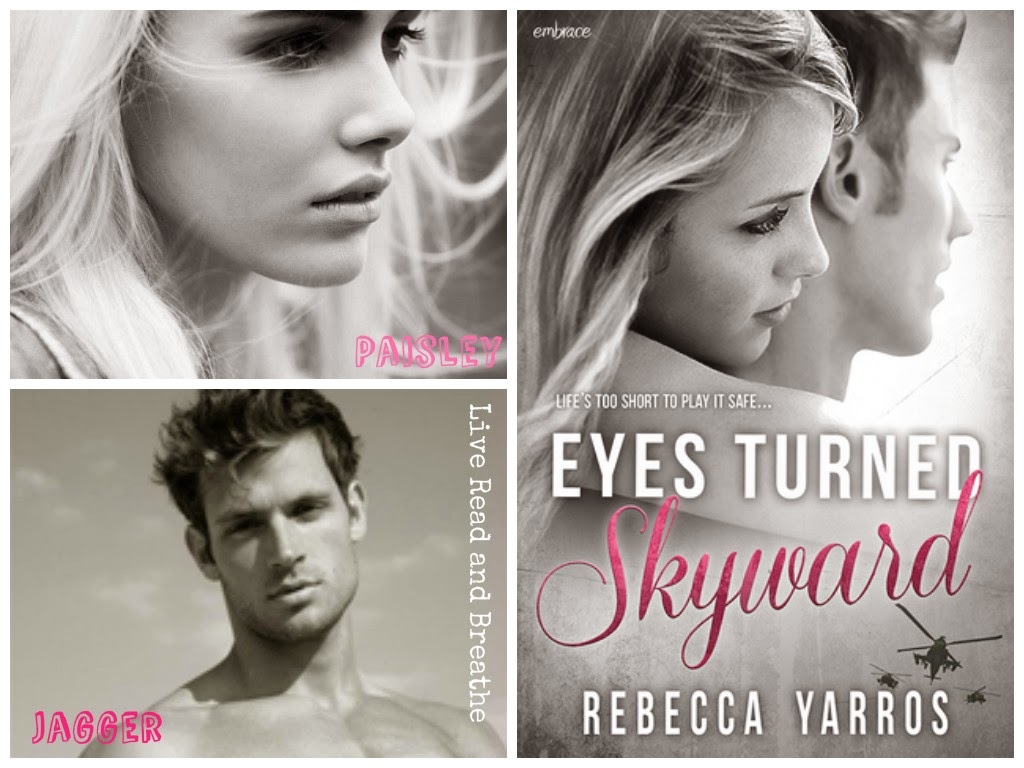 Jagger has a dream, to be a helicopter pilot of an Apache and he doesn't need any distractions, so he vows off all women.  But on a day before the start of flight school he finds himself saving a drowning girl who forever changes his world.

Paisley is living each day as a borrowed day so she tries to make her way through her bucket list before its too late.  She has overbearing parents and a boyfriend but craves 'life' so much.  After getting thrown into the ocean and saved by some mysterious man she starts to want different things but it is easier to stay safe than risky.

As luck would have it Jagger and Paisley find their paths crossed causing them to become friends, but this friendship is full of electricity.   This spark is a gift and a curse for this duo but can't be resisted.  Finally we get to see Paisley and Jagger together but their journey won't be an easy one because they are both keeping BIG secrets, so big the secrets aren't revealed to one another for basically three quarters of the book, which I have to admit at times got me a bit frustrated but when the secrets came out and the emotions were at the peak my heart started to break for these two.

Choices are important but sometimes we can make the bad choice and have to pay the consequences.  Does Paisley make the safe choice or the right choice?  So many heavy variables are laid on Paisley to make the right choice causing her to lash out and push people away to unburden others.  Thankfully Jagger ignores this and fights for his dreams which are now changing since he met Paisley.   For Jagger and Paisley they learn that taking risks are important if they want their 'forever'.

This was an emotionally charged NA book with depth, heartache and love.  I did like this book and my fingers are crossed that we'll get to read more from Rebecca Yarros, hopefully the next books will be on Will then Grayson.    Hmmmmm, just at thought.