My Cowboy Homecoming (The Cowboys #3) by Z.A. Maxfield ~ #bookreview, #MM 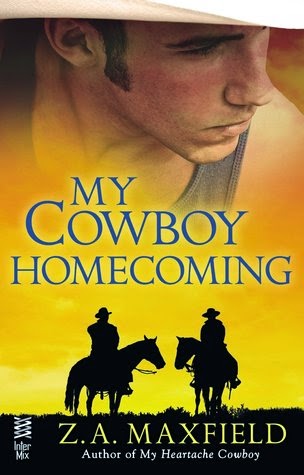 My Cowboy Homecoming (The Cowboys #3)

Love can heal the deepest wounds…

A sense of duty brings a soldier home…but a passionate cowboy makes him want to stay.

After his brother’s tragic death, Tripp has to leave the army and return to New Mexico to take care of his mother while his father is in prison for arson. Seeking work at the J-Bar Ranch, Tripp is immediately drawn to injured cowboy Lucho Reyes, whose foot was accidentally crushed by a rescue horse. But will the sins of the father interfere with the desires of the son? Tripp’s father may be responsible for the death of Lucho’s grandfather. Now Tripp must balance caring for his mother, repairing his father’s damages, and trying to win the heart of a man who has every reason to hate him and his family…

Source: eARC for Honest Review Courtesy of Intermix/Penguin
Genre: MM Cowboy Contemporary Romance
Part 3 in a series but can be read as a standalone.

My My Cowboy Homecoming Review ...

Not one sexy cowboy but two! How can you go wrong.  There's just something sweet and real about this series.  For Tripp returning home is the last thing he wants but his mother needs him, now that his asshole dad is behind bars and his brother is dead.  Not knowing what to do is not something he's comfortable with but maybe he can finally follow his long lost dreams and be a cowboy.

The moment Tripp comes home he meets Lucho who he instantly falls in lust with but as soon as Lucho finds out who his dad is all bets are off.   Tripp wants nothing to do with his father but his mom may now be a few fries short of a happy meal, so he has to tuck his tail between his legs and beg for a job at the neighboring ranch where Lucho works.   The ranch doesn't necessary want to hire him with his dad being a racist asshole and Lucho not liking him, but Tripp's work ethic and ease with animals seals the deal for his new job. 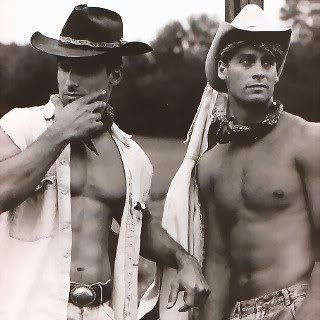 Finally finding some footing even though there is some hostility with Lucho, he starts to get into a groove.  This new groove is not an easy journey though with his dad still causing trouble, the family lawyer being way too involved, his mom going a bit loco and a feisty cowboy not up for forgiveness.  The more Tripp works at the ranch the more the animals like him which in turn softens Lucho's heart.  Once the bridge is build between these two sweet cowboys, it causes all kinds of emotions to surface for the good and bad. Lucho and Tripp learn a lot from one another and together have to fight for what is right and for themselves. 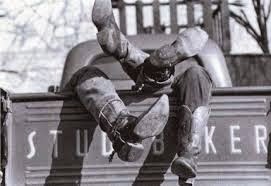 I adore this series and these cowboys.  Great story about second chances and finding love when you least expect it.