The fifth story in the new adult series that began with the New York Times bestseller REAL.

New Adult Contemporary
Publisher: Simon & Schuster
Release: December 9, 2014
Amazon | Barnes and Noble | Indiebound
Every woman wants me--except the one I sing for.
Seattle shakes with anticipation: they call it the concert of the year. They say girls are getting pregnant just thinking about my band being in town.
But when you love a girl, you don't leave her with nothing but a ring and a promise. Any man with half a brain should know.
So what did I expect my girl would do when she saw me again?
Well, for starters, she loathes our music. Particularly the song I wrote about her.
When I sing it, the stadium is in an uproar. Thousands of fans scream my name like I'm a god--but yeah, not her. Crystal clear: the girl's not happy to see me.
Black hair, black boots, a bad attitude, that's her -- Pandora Stone is a freaking man-eater and she's out for my blood.
That's alright.
Let her come at me. Because I'm out for her heart and, this time, there's no way she can stop me.

About the Author
Katy Evans grew up with books and book-boyfriends until she found a real sexy boyfriend to love. They married and are now hard at work on their own happily ever after. Katy loves her family and friends, and she also loves reading, walking, baking, and being consumed by her characters until she reaches “The End.” Which is, hopefully, only the beginning…
Website | Facebook | Twitter

I first fell for Katy Evans and her alpha men with Real, Mine, Remy then Rogue, now I was super excited to read this one and find out why Pandora is such an angry bitch.

Pandora holds a grudge against all men especially her ex.  Having the chance for revenge she acts on it, only for it to blow up in her face causing her to be in close contact with her ex.  Seeing her ex again rises a whole bunch of feelings that she thought were buried forever.

Mackenna's biggest regret was leaving Pandora, but he had to do it, now seeing her again he won't let her go for the second time.   He now just has to convince Pandora.   As Mackenna makes his way back into Pandora's pants he also has to win her heart, but both have hurts and secrets that will destroy them unless they get their heads out their asses and come clean, which is the only way to make amends and move forward for their love. 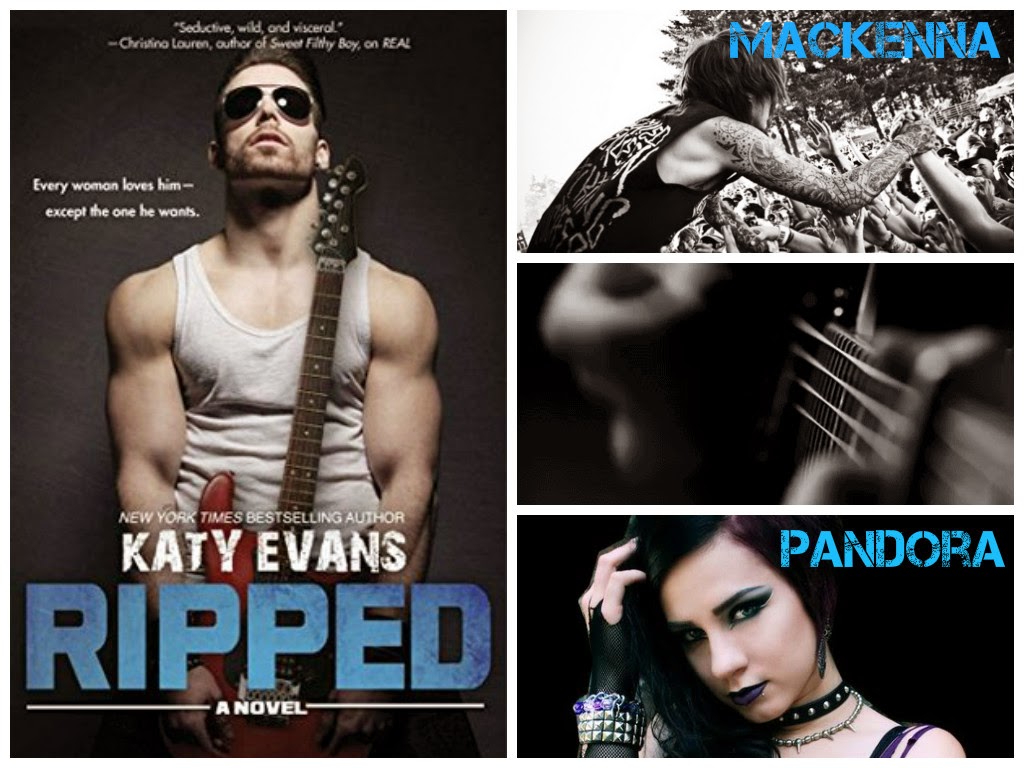 And I will say that I did like the idea of the story and I was invested but at times I just didn't love Pandora and Mackenna.   They were too hot and cold and kept way too many secrets.  For Pandora I know she was angry and rightly so, but she was so young and had such a chip on her shoulder for ever.  We have all been burnt at least once in our life but she took it to the extreme at times.

Even though Pandora rubbed me the wrong way, their story was sweet and bit heartbreaking.  Thankfully Mackenna knew what he wanted and wouldn't take no for an answer.  If it wasn't for that then there wouldn't have been too much but whining and bitching from Pandora.  I still love this series even though this wasn't my favorite in the series.
3 Ripping Thumbs up!