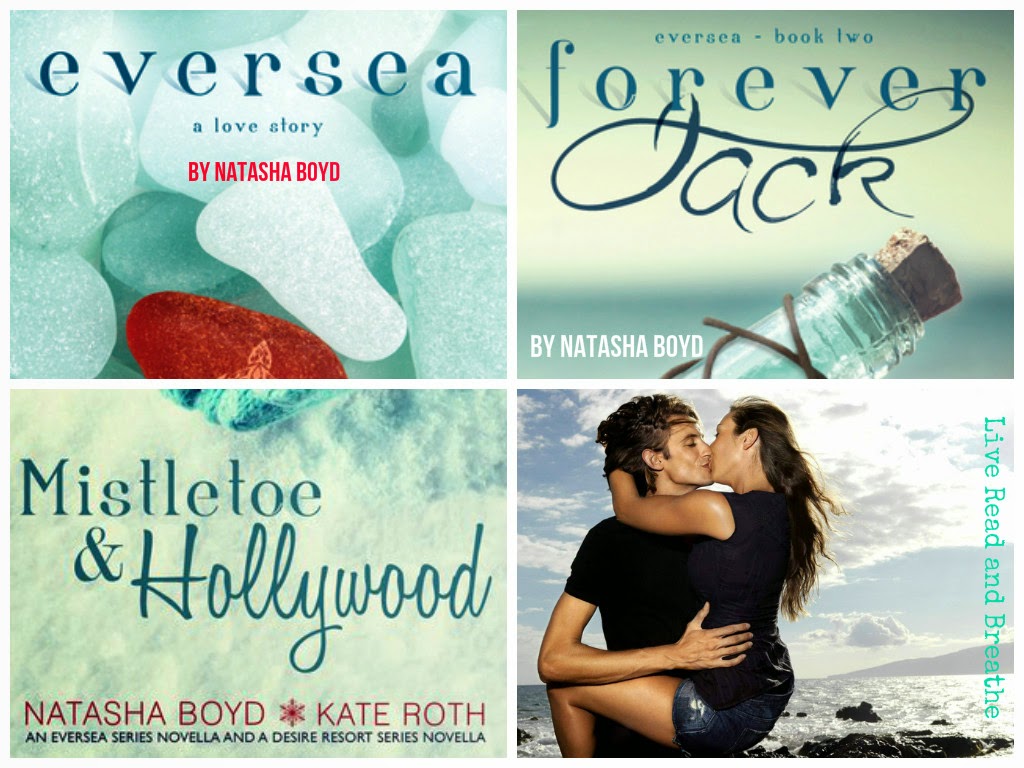 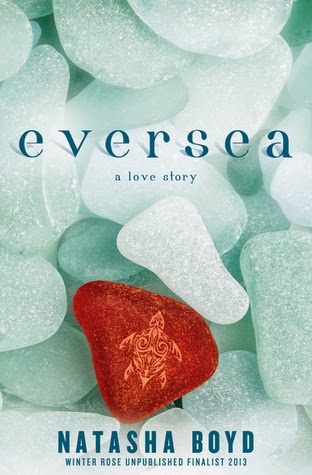 A Hollywood A-list mega-star, on the run from his latest scandal and with everything to lose.

A chance encounter that leads to an unlikely arrangement and epic love affair that will change them both forever.

When his co-star and real-life girlfriend is caught cheating on him with her new director, A-list hottie, Jack Eversea, finds himself in sleepy Butler Cove, South Carolina. Jack hopes the sultry southern heat in this tiny coastal Lowcountry town will hide him not only from the tabloids and his cheating girlfriend, but his increasingly vapid life and the people who run it. He doesn’t count on meeting Keri Ann Butler.

Keri Ann has relied on herself so long, dealing with her family’s death and the responsibilities of keeping up her family's historic mansion, that boys and certainly the meager offering of eligible boys in Butler Cove, have never figured into her equation. But fate has other plans. Suddenly face to face with the man who played the movie role of her favorite fictional character, Jack has Keri Ann yearning for everything she has previously avoided ... and Jack must decide whether this funny, sassy girl is worth changing his life for, before his mistakes catch up to him.

I have heard such great things about this series and finally decided to take the plunge.  Here we have small town girl who lands the heart of a celebrity on the run from his life.

Jack Eversea is tired of his controlled life and needs a break but what he didn't intend to do was fall in love.  Keri Ann is just a plain jane type of girl minding her own business until Jack Eversea walks into her life.  Keri Ann is a bit taken back about meeting Jack Eversea but she's honest to the core and calls it as she sees it, which makes Jack take even more notice of her.

"It's amazing," said Jack, shaking his head and looking at me.  "What's amazing?" "It's amazing," he repeated, "that you seem to have no idea how fucking beautiful you are."

Keri Ann is a bit frightened by Jack's world but she can't stop how she feels about him.  As Keri Ann starts to give more of herself to Jack his past comes charging back making her doubt everything.

A few kisses and handholding did not a boyfriend make.

After Jack basically destroys her, she really never has given up hope but can she handle his life or the displeasure of her brother and others?

"I just know that the way he was looking at you, he's coming back someday.  I need you to be prepared for that and to know I won't let him mess with you again."

Jack and Keri Ann have a whirlwind meeting but emotions are involved which is the cause of so much torment between these two star crossed lovers.  Jack's world is not like the normal world, it's a world that all is not as it seems, but that false reality could be the cause of a greater loss that Jack may never recover from.

4 Jack better man up thumbs up! 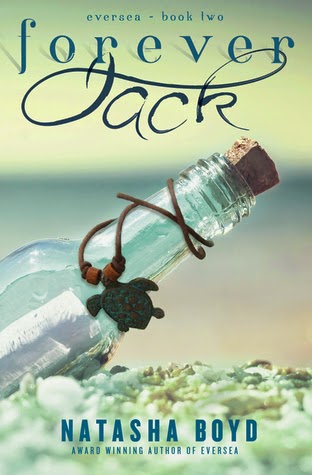 An all-consuming love threatened by fame

One last chance at FOREVER

Keri Ann Butler's life changed on the night she met movie star, Jack Eversea. She thought she knew a Jack that was very different to the man adored by fans the world over. In the wake of his betrayal and abandonment, Keri Ann has had to pick up and move forward with the life she was supposed to live and has put off far too long.

Suddenly Jack is back, and his explanations for why he left seem more and more plausible, and his declarations more seductive. But being Jack's latest tabloid accessory isn't on Keri Ann's career agenda, no matter how much she is attracted to him. And how can she can ever trust him again?

Jack knows he let the only 'real' thing that ever happened to him slip through his fingers. And his hands have been tied to try and stop it. Until Now.

Jack is now fighting to save his relationship with Keri Ann, even as his crazy life threatens to tear them apart. Again. The question is, can he convince her she can have it all? And have him? Forever?


Read how it all began in “Eversea “…

Forever, Jack is the sequel to Eversea

Keri Ann is trying to move forward from what was Jack Eversea but it's hard.  Especially seeing his life unfold right in front of your eyes.  It has been months since she last saw Jack but unfortunately she can't let him out of her heart.

Finally trying to move on Jack lands back on her doorstep causing her newly fragile world to crumble.

After hearing that you would think Keri Ann would jump back into his arms, but so much has happened between them and so much time has passed.  Plus the extra pressure that comes with Jack's world is a hard pill to swallow.
Jack has a lot to make up for with Keri Ann to win back her heart.  But first he has to come clean with what she doesn't understand about his world.  It's a lot to take but he believes she is strong enough to withstand his world so they can have a slice of their happiness.

"You are so beautiful, so talented, so honest. And you are strong.  Let me be part of your life, and be brave enough to be part of mine. I know you can be, I've seen your strength. Please believe in us."

After Jack, Keri Ann realized that she too was hiding from her potential.  Now taking the risk into finding herself she starts to question everything.  She wants to be known as Keri Ann not Jack Eversea's girlfriend.  They might be one in the same but yet are totally different. Keri Ann is fighting the dichotomy within herself and her love for Jack to the point that it might destroy the potential of them.

For Keri Ann and Jack their life won't be easy being in the spotlight but being a part will be harder.

"Whatever you want. I'll do it. I'll give you whatever you need.  My life. Forever."

"I love you, Keri Ann. I love you so fucking much it's literally a physical ache in my chest."

" ... The way I feel about you was never a decision.  It just was.  I was made to love you. I never fell, I was already there.  From the very first moment."

I love this series and especially Jack Eversea.  I'm so glad that I finally gave this series a go.  If you love celebrity romance than please give this one a try.

4 I love Jack Eversea Thumbs up! 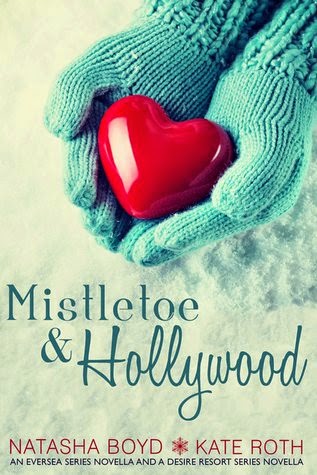 Jack Eversea and Evan Weston, two of Hollywood's hottest young actors had their hearts stolen by regular down to earth girls, and we lived and laughed and loved their stories in the Eversea Series and in the Desire Resort Series. But what happened when the books were over?

How did each couple choose to spend their first Christmas? Was it sexy, emotional, stressful or heartwarming?

Perhaps it was everything and more. Let's find out!

Evan and Dani's first Christmas in Many Times, Many Ways by Kate Roth.

Jack and Keri Ann's first Christmas in My Star, My Love by Natasha Boyd

My Star, My Love Mini Review...
Mistletoe & Hollywood is a quick compilation between Natasha Boyd and Kate Roth.  The book contains two novellas.  I only read the one pertaining to the Eversea series as I still need to read Kate Roth's series first.

My Star, My Love takes place between the end of Forever Jack and it's epilogue.  It continues on the journey of Keri Ann and Jack.  Their lives are public which is taking a toll on their relationship.  Deciding to go back home to England for Keri Ann to meet his family, she starts to realize that Jack has been making all the sacrifices, not her.  With that slap of reality she quickly realizes that for them to truly work she also has to sacrifice for them to have their HEA.

4 another dose of Jack thumbs up!

I really do adore this series.  It has a great HEA with tons of angst from this celebrity world.