Georgie
I lie to survive. Have since I was sixteen and my world fell into chaos. But I found a way to endure, or rather it found me. Now I’m a prisoner of my own doing, hiding behind a false mask so no one sees the truth. Not even the man I want but can’t have—Deck. But I messed up and the lies are spilling over, out of control. Deck is unrelenting and will settle for nothing less than the truth. He demands everything from me—EVERYTHING—even if it rips me apart. DECK I kill for a living. Unyielding—It’s how I survive in my line of work. I bend people to my will…except Georgie. But that ends now. I've played her game for far too long, but not anymore. Now I think it's time we play mine. *18+ due to sexual content, strong language and violence.

Nashoda Rose lives in Toronto with her assortment of pets. She writes contemporary (NA) romance with a splash of darkness, or maybe it’s a tidal wave. Her novella ""With You"" is the first in the Tear Asunder series, followed by the novel ""Torn from You"". When she isn’t writing, she can be found sitting in a field reading with her dog at her side while her horses graze nearby. She loves interacting with her readers on Facebook and chatting about her addiction—books.

Since starting the Tear Asunder series I have been dying to read more about Deck and Georgie.  And oh! boy did Deck not disappoint.  However, Georgie at times I wanted to wring her stubborn neck.

Georgie has always crushed on her older brother's best friend but the one thing that keeps them tied together is the worst thing ... the loss of her brother.   After finding out she lost of brother when she needed Deck the most she went off the rails and a shit storm brewed in Georgie's young life.  With decisions made and the return of Deck her world changes for good and bad. 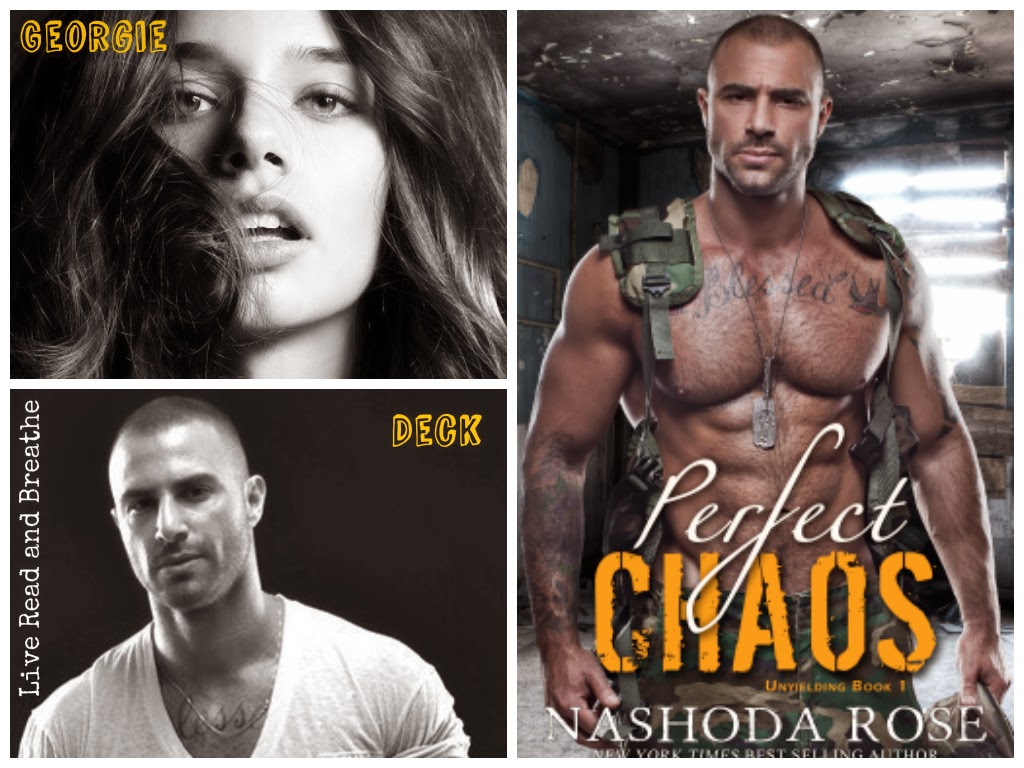 Deck has always been protective of his best friend's little sister but he made a promise to his best friend and that was to protect her but also stay away from her.  No matter what happens in Georgie's life, Deck is there for her.  Through all her antics, he's solid and there but what he doesn't realize is that Georgie is holding a very big secret.  Up to this point I was loving the story, then .... with Georgie withholding the secret for sooooo long it was killing me.  She was trying to protect Deck.  What?????

"And you think a threat like that would matter to me?"

Exactly Deck. Your a bad ass why do you need protecting????? That was my question and I know the female brain isn't always the most logical and is more emotional than not, as I am a female but this part dragged on a bit for me.  Besides this little hiccup, I did really like the story.  It had tons of angst, suspense, drama and finally.... hot steamy love.  Thank you Deck.  Yummy Yummy!

Deck tried to do the right thing, even with temptation repeatedly been thrown in the face but when the potential to lose Georgie out ways his promise he FINALLY gives in and then BAM all bets are off.   As they get closer all the secrets come out from both sides and some of those secrets are quite the doozie.   This book had me waiting on edge on many different elements:  On them finally hooking up, finding out her secret, finding out his secret, to finding out how their secrets mesh together and how it's all going to play out.  I can NOT wait to read more from this series.  I NEED to know what is going to happen with Kai and London and all tangled web we were left with.