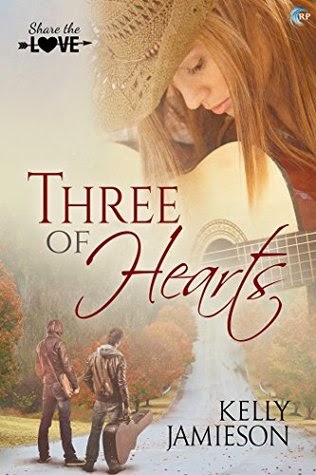 Haylee Tremayne is tired of the road. The concert tour for Three of Hearts was a success, but she’s confused by the inexplicable tension between her bandmates, Ben and Lucas. She’s also ready to go home to her boyfriend in Nashville. Time off would probably help everyone relax, even if it is Christmas, a season with too many bad memories.

Back in Nashville, Ben and Lucas prove again and again that their first night wasn’t a mistake. But the tension between them is still high, and on Christmas Eve, their ménage takes a stunning turn. When it all falls apart, Haylee is terrified that their crazy relationship might cost them the band, their success, and worst of all, each other.

Twenty percent of all proceeds from the sale of this book will be donated to the It Gets Better Project.

The It Gets Better Project’s mission is to communicate to lesbian, gay, bisexual, and transgender youth around the world that it gets better, and to create and inspire the changes needed to make it better for them. Visit their website at itgetsbetter.org for more information and to find out how you can get involved.

My Three of Hearts Review ...

First I am fan of my fellow Winnipegger, Kelly Jamieson and this was a quick, sweet yet steamy M/M/F, M/F/M little book. 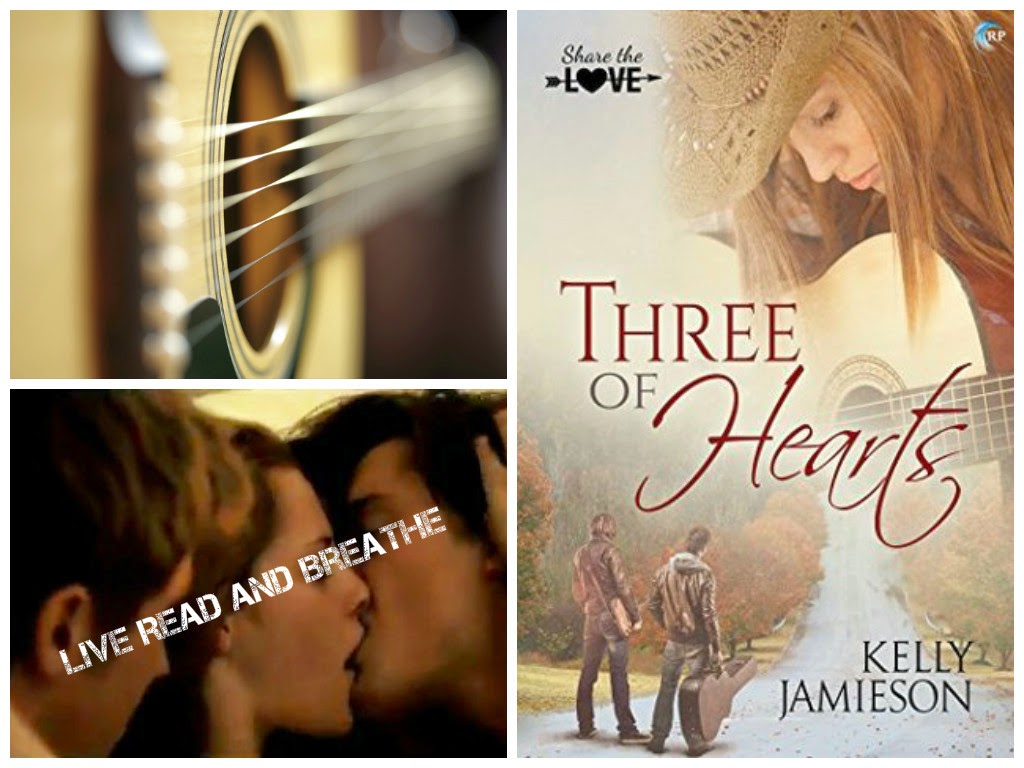 After one night Ben and Lucas want more but Haylee's insecurities, issues and self doubt get in the way, but it's not the only thing. As Ben and Lucas seem to be having issues of their own.   This little experiment turns out to be so much more. As there are so many emotions on the table but once it's all out in the open they can finally find their happiness.

It was quick, sweet and steamy.  Not a huge amount of substance but was basically a novella so it is hard to put that much in such a short read.


3 Menage a trois thumbs up!

Posted by Live Read and Breathe at 09:12