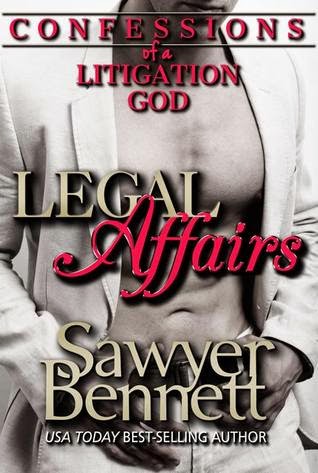 WARNING, LIMITATION OF LIABILITY AND ASSUMPTION OF THE RISK from Matt Connover, Litigation God: Please do not attempt to read my story in public, as my sexual proclivities have been known to cause squirming in your seat, squeezing of your legs together and unintentional moaning, sometimes with spontaneous bursts of laughter at random moments. If you are offended by the fact that my oral skills are just as accomplished in the bedroom as they are the courtroom, then this book is not for you. There may be moments while reading my story that you get so turned on… so hot and bothered… that your squirming and moaning could turn maniacal in nature and neither I, nor the author, are responsible for the weird looks you may get. Notwithstanding the aforementioned warnings, if you assume the risk and read my tale in public, then I recommend you carry a spare set of panties with you. You will need them and you have been warned.”

My name is Matt Connover. I am a Litigation God.
Other lawyers quake before me.
Women crawl on their knees just to spend the night in my bed and when I’m finished with them, I walk away without a backward glance.

I am well satisfied with my life and there isn’t a damn thing I’d change about it.

That is, until McKayla Dawson came along.

She was meant to be for one night only.
But she got under my skin, and now I want her back underneath my body.

It’s torture working with her in my law firm… day in and day out. But I have to think maybe the Fates have intervened to throw us together because she is unlike anyone I’ve ever known, and thus I need to pay careful attention to these Legal Affairs.

****
Confessions of a Litigation God is a stand alone, full length novel. It follows the affair of Matt Connover and McKayla Dawson as told in the Legal Affairs Serial Romance, Volumes 1-6. This book is told strictly from Matt's point of view and has many additional scenes not included in the serial volumes.

My Confessions of a Litigation God Review...

Sawyer Bennett is one of my faves so I was super excited to read this novel.  From the beginning I was hooked, Matt Connover has being hurt and now he only wants one night stands were there is no emotions and he can't get hurt.  But his plan back fired and then his issues went on too long and then I was frustrated so I now have mixed feelings with this review.

The sad thing is ... I was built to love.  I was a fucking natural at it.  Fiercely loyal, endlessly giving.

Matt has a one night stand who just happens to be the new lawyer at his firm and not he's at war within himself because he wants more from Mac but doesn't want a relationship.  So, he convinces her to have a sex only relationship.  That went well for a bit since the chemistry was off the charts but then poor Mac developed feelings and then that put Matt in a tail spin.

" I denied you nothing, Matt.  I simply asked for more."

A tail spin of douchery. Matt is quite the dick and sure he had legit reasons but let me tell you Mac is like a frigging saint to put up with all his bullshit.  Matt wants more but his fear of getting hurt out ways it more so he pushes everything away, but not having Mac changes something in him.

"I finally started realizing that the pain of loneliness is much worse than the pain of betrayal and heartbreak that I was trying to avoid." 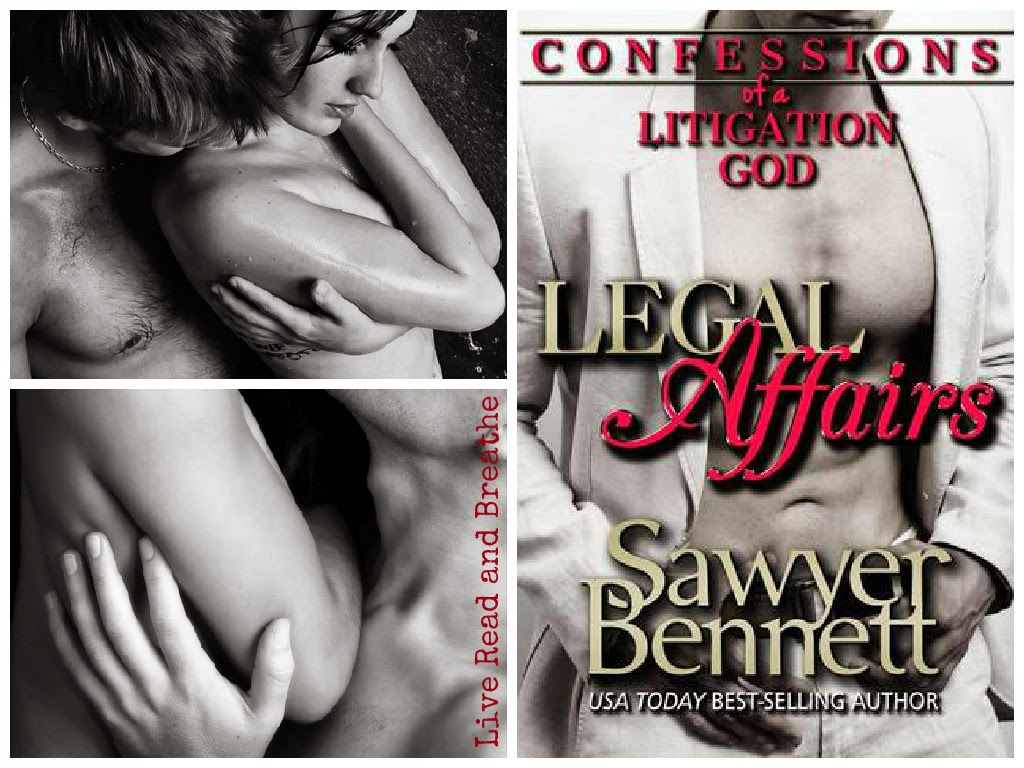 Now things started to go pretty well for a bit.  I was really into the story but then I got uber frustrated with Matt for having his head up his ass for so long.  It was refreshing to have the male with all the insecurities but I was tired of it by the end, and I just wanted him to get over it.   Then just when I was about to abandon thankfully Mac grew a pair and finally put Matt in his rightful place.

"You mean ever since Marissa came over to your apartment that day.  That was the day she reminded you that you've been screwed over and all women must therefore be the same as here.  Thus, none of is are good enough to get the great Matthew Fucking Connover's full attention.  I mean, if we're lucky girls ... he'll fuck us and fuck us good, but he'll never let us into his heart.  No woman is apparently good enough to warrant that type of attention from you, right?  Because poor little Matt had his feelings hurt, and now he wants to wallow in misery.  Boo fucking hoo, Matt. Boo fucking hoo."

"Tough titties, you chicken shit pansy.  You're going to listen. ..."

I'm all for the effed up male in a story but Matt's issues went on way too long.   Even at 85% Matt was still being a twat. Argh!!!!! I did like so much of the story.  I did like Matt even when he was being a dick but that part of the story went to long which made me get more frustrated then not.  However, that was the only thing that I didn't like even though it was a big thing.  Everything else was great. The chemistry.  The idea of the story.  The underestimated kick ass heroine.

Posted by Live Read and Breathe at 22:40