On the Rocks (Last Call #1) by Sawyer Bennett ~ #bookreview 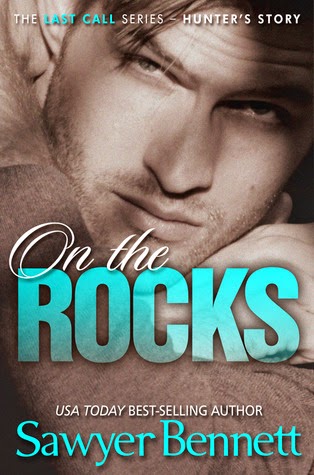 He left to travel the world for fame and glory, but only after spurning Gabby Ward and crushing her young heart. Now Hunter Markham has come back home to the sand and salty breeze of the North Carolina Outer Banks so he can open up Last Call, a beach bar nestled among the dunes of the Atlantic.

Gabby Ward is not happy that Hunter has returned. Bitter over his rebuff years before, she’s content to stay far away from him and his dangerously charming ways.

Gabby’s well-schemed plans to ignore Hunter go up in flames when he presents an offer to her that she simply can’t refuse, throwing them together in a common quest to each reach their goals. Working together day in and day out proves to be problematic for Gabby, who soon realizes that the feelings she had for him are still very much alive. Hunter struggles to reach through to Gabby’s cold heart, all while starting a new career away from his life as a top ranked, professional surfer.

What starts out as a mutual business arrangement soon turns into a passion that neither of them can continue to deny.

Hard choices lay ahead for both of them when Hunter is offered a once in a lifetime opportunity to return to the pro surfing tour.

Choices that could destroy what they have built or take them further than they ever had dared to hope.

So I first read Sugar on the Edge and loved it but given the opportunity to read With a Twist I felt like I needed to read the beginning of the series to really understand all the drama in the Outer Banks. 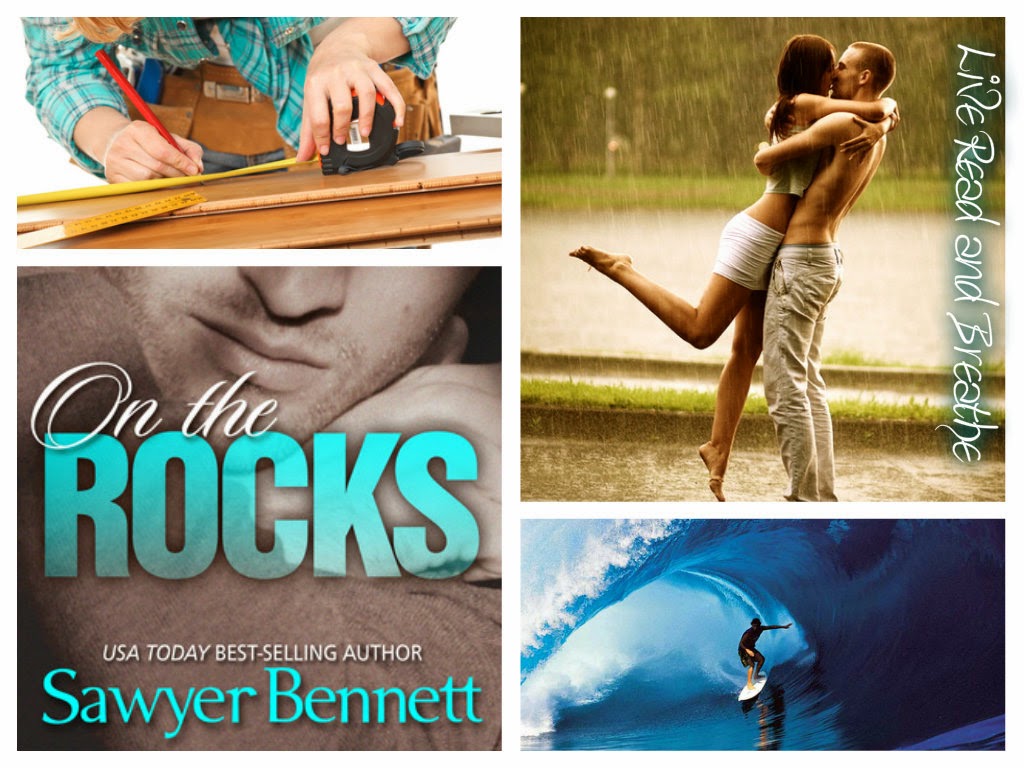 The series all begins with Hunter and Gabby.  Hunter's one of a set of twins and is a professional surfer who comes home when his twin is about to be released from prison.  Gabby is the best friend of his younger sister who always had a crush on Hunter until one night she kissed him and he rejected her which caused her to have nothing but contempt for Hunter.

Now that Hunter is back, Gabby's forced to see him frequently especially when she bids on doing the construction at his new bar, which puts them in close proximity to one another.  Hunter doesn't have a lot of regrets except rejecting Gabby when the kiss rocked his world.  Now that he's back he's determined to bridge the gap between them.

Gabby's a strong independent woman who has a weak spot ... Hunter.  She's confident and sure of herself, especially when it comes to Hunter's ex.  Which I liked that she didn't fall for her bait and turned all woe is me and ruin her relationship.  As Gabby and Hunter make their way, Hunter tries to figure out where he needs to be, since he realizes that his twin doesn't need him which causes him to weigh the importance of his relationship with Gabby.

I was digging it all until out of no where Gabby turned into a effing giggling martyr heroine which drives me mad with fury as that is my least favorite aspect of heroines.

"Gabs... you cannot unilaterally decide what's best for me."  Argh! Why can't heroines get this. Why?????

I do like this series and I did like this couple minus the martyr heroine part and I can't wait to find to happens more with this group of friends.