Tempted in the Tropics (Suddenly Smitten #2) by Tracy March ~ #bookreview 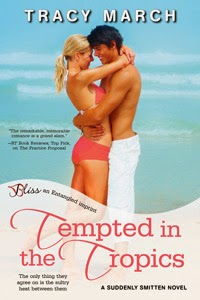 Tempted in the Tropics (Suddenly Smitten #2)


The only thing they agree on is the sultry heat between them.

Paige Ellerbee’s life is far from perfect after moving back to small-town Maple Creek—there’s her struggling bakery, Sweet Bee’s; her aging father; and the fact she’s practically the only single girl in town. But when Lane Anderson, the town’s hot—and young!—new doctor, moves in next door, she wouldn’t mind receiving some intensive care…until their first conversation starts a feud.

Lane came to Maple Creek to lay low after inadvertently being associated with a pill-prescribing scandal. When the gorgeous blonde next door asks for his help with a program that could raise eyebrows, he has to refuse. He's been burned in the past when blinded by love, yet Paige's feisty personality has his blood running hot.

When a little matchmaking lands Lane at Paige’s best friend’s wedding in St. Lucia, suddenly the romantic island vibe tempts them to kiss and make up. A temporary truce might be just what they both want—but forever love might be more than they can agree on.

Source: Kindle
Genre: Adult Contemporary Romance
Part 2 in an ongoing series but can be read as a standalone

My Tempted in the tropics Review...

It has been awhile since I read The Practice Proposal, the story of Liza and Cole and where we meet Liza's best friend Paige.  Who wants to find love but isn't feeling hopeful in Maple Creek where most of the population is over 60.

Paige was once a successful pastry chef and came home to take care of her dying mother but stayed there after to be near her dad.  So, she opened up a cute bakery called Sweet Bee's located between her dad's barber shop and  the town doctor.  Which is a perfect location for her because she gets to see her dad daily at the same time she has a pseudo business deal with the town doctor where she helps bake things for his patients that are diet appropriate.  This is all fine and dandy until the doctor goes on a trip of a life time and his nephew comes to town to help out. 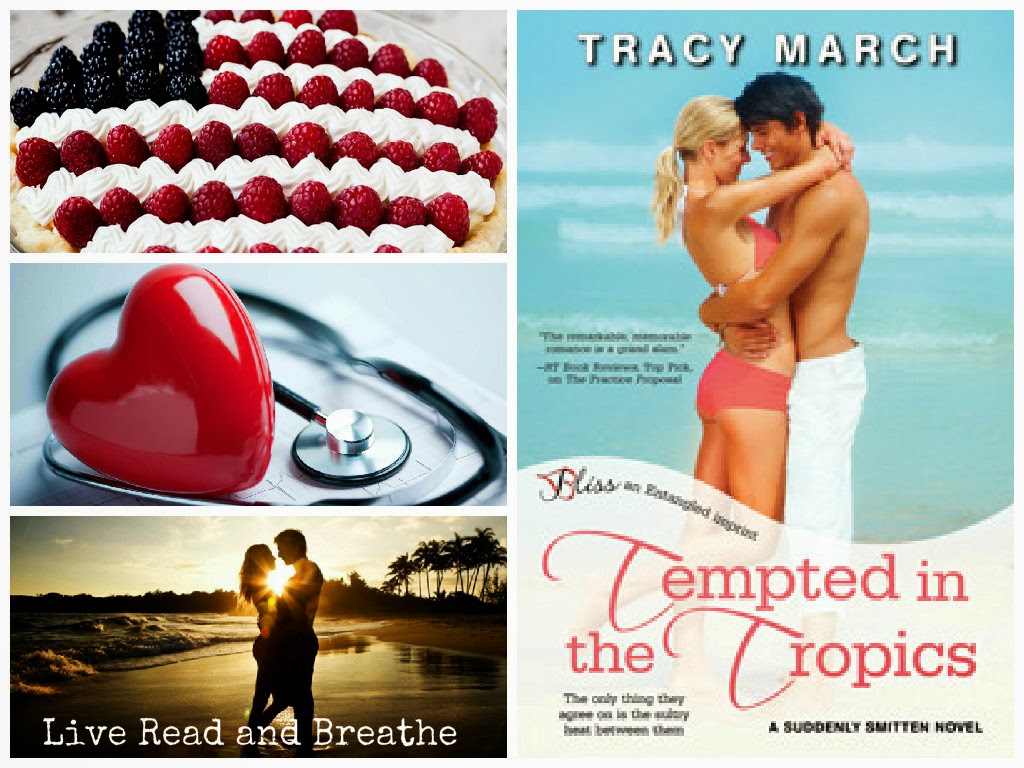 Lane Anderson once had it all then lost it after quite the medical scandal and relationship mishap.  Knowing he can't do anything wrong to jeopardize his already shaky foundation, he says no to Paige and her special recipes.   For Lane he doesn't realize that this could bankrupt Paige in this already shaky economy, while Paige doesn't realize the true reason why Lane did what he did.  All she thinks is that he's an uptight jerk and wants nothing to do with him and his dimples.

However, others have different ideas and try to match Lane and Paige together.  Paige and Lane have to come to a truce if they are going to survive Liza and Cole's destination wedding.   As the truce is in place Lane tries to lighten up and enjoy Paige, which cause them to give in to this quick fling because nothing can become more with Lane leaving soon.

Even though it started as a fling, emotions quickly got involved for this sweet couple but life always has complications so to make it work a lot of things would have to change for this sweet duo.  This was another cute and endearing story about love when you least expect it.

Posted by Live Read and Breathe at 20:42