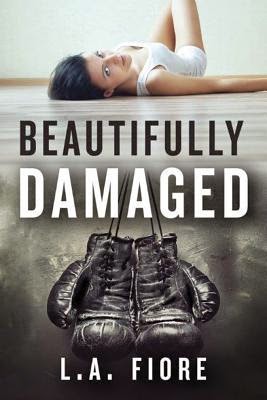 Ember Walsh was always the quiet one, enjoying a book and a glass of wine over the noise and crowds of a club, but when her best friend asks her to come out and meet the boy she likes Ember's world is turned upside down. He appears like a mythical avenging angel, inked, gorgeous and completely out of her league but one look and Ember no longer wants the quiet, she wants him.

Trace Montgomery has buried his damaged past with women and fighting until one day he meets an angel and suddenly he wants more, he wants her. For her, he's determined to overcome his demons but will the dark secret that links their pasts bring them closer or will it tear them apart.

FINALLY a book where the heroine is strong throughout and not an ounce of whiny insecure. THANK YOU!!

This book has been on my queue forever and I am so happy that I finally read this book.  This book had deep seated personal demons, forever type of love, suspense, intrigue, jealousy, family, loyalty and holy shit moments.

Ember has had a lot of loss in her life and finds it easier to hide behind books and her friend then be in the spotlight, which is why she is friends with a real bitch named Lena who likes to keep Ember in the shadows.  One night Lena drags Ember out but only to leave her two seconds later.  Normally for Ember this would be her weakness but this is the moment that changes her.  As Ember is left to deal with a persistent male who won't take no for an answer she finds her self taking charge protecting her self to only meet eyes with an avenging angel. 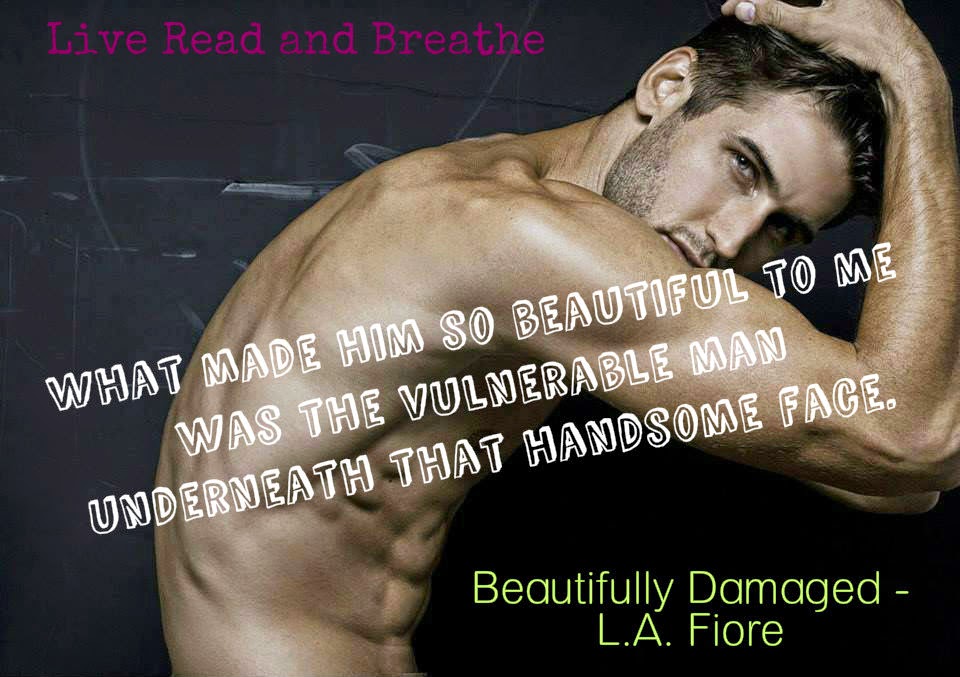 This avenging angel named Trace wants to help this stunning creature but quickly learns she is strong enough to handle it on her own.  As they look at each other they both feel the other is out of their leagues for different reasons, but by chance, every where Ember turns her new angel happens to be.  As Trace and Ember keep running into each other it is harder and harder to stay away.

"He isn't out of your league, Ember, he's playing an entirely different game.  Please make sure you know the rules before you start to play."

With Trace, Ember's strength just gets stronger and stronger.  With this and the help of her other friend Kyle and her dad she quickly learns what a dead wait her supposedly BFF aka the bitch actually is.  With this she needs a new place to stay so the logical place would be Trace's. ;)

"I've never been brought home to meet the family, so it's a bit stressful when the first time I do is with the only one who matters."

The closer Trace and Ember get the closer Trace's personal demons come to the surface causing him to push Ember as far away as possible to the point that she is forced to walk away.  The pain of separation nearly breaks the two and this is where the suspense comes to the forefront and the beauty of their love takes hold. 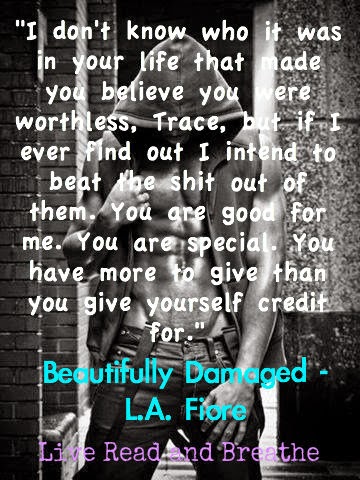 I really did love this story and all that came with it.  Trace's demons were deep and strong but Ember's love was strong enough for both of them.  This was my first L.A. Fiore book and definitely will not be my last.

4.5 Damaged yet beautiful Thumbs up! 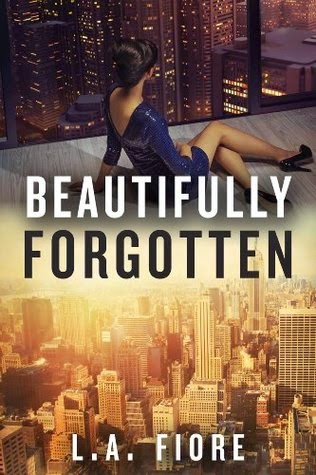 Successful restaurateur Lucien Black’s blue-green eyes and unattainable attitude drive women wild. But his abandonment issues and criminal past have left him emotionally closed off. When a familiar face shows up for a job interview at his nightclub, the ache he has tried to forget tears at his heart—it’s the girl who once healed him…and then abandoned him.

Darcy MacBride still remembers Lucien’s delicate touch when they were both wildly in love teenagers. His gorgeous eyes had soothed her hurt after she’d been dumped off at the orphanage where Lucien lived. Darcy felt his jagged edges fit perfectly into her own, and she’d planned to spend the rest of her life with him—until a mysterious man warned her away. Now, fourteen years later, she’s ready to endure the torture of Lucien’s indifference and having him as her boss…just to be near him. But when it seems that they might finally take up where they left off, a devastating secret buried in their past threatens to tear them apart again.

Source: eARC for Honest Review Courtesy of Montlake Romance via NetGalley
Genre: Adult Contemporary
Part 2 of a series but needs to be read in order

After reading Beautifully Damaged I jumped at the chance to read this book.  I wasn't sure what to expect with this book but L.A. Fiore has given us another strong woman who fights for the love she deserves.

We met Lucien as one of Trace's friends in Beautifully Damaged and we know he has own issues to deal with but finding out Lucien's story breaks my heart a little. 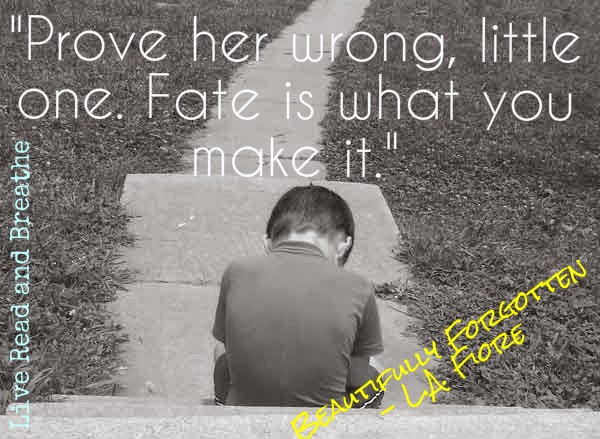 Lucien has loved two people before, Sister Anne who took care of him from the beginning and his first love Darcy.

This book is Lucien & Darcy's story but it is also a continuation into the saga of Trace and Ember because both of these couples lives are entwined together.

For the majority of the first part of the book it goes from present to past and I understand that going back is needed to give the depth of Lucien and Darcy but the back and forth started to get to be too much for me and I just wanted to get to the present to see their story as they were today and move forward.

As Darcy and Lucien and start to move forward together this stirs all kind of issues that puts everyone involved in danger. 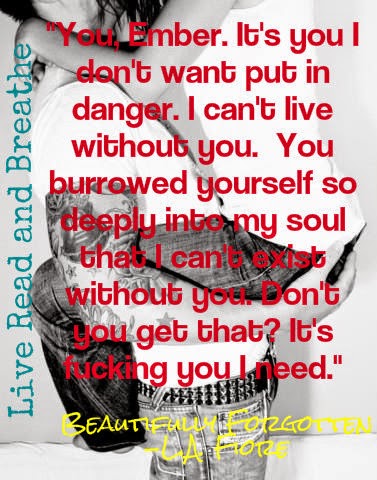 For these two couples they quickly find what a tangled web their lives are and have to work together to all get their HEA's.  So many twists and turns with this story but still had so much love and passion between Trace & Ember and Darcy & Lucien.

4 Not Forgotten Thumbs up!