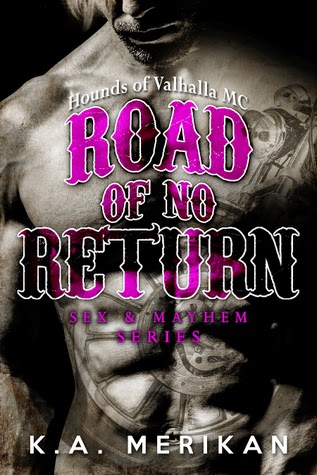 On the day of Stitch’s divorce, lust personified enters the biker bar he’s celebrating at. Tattooed all over, pierced, confident, and hot as hellfire, Zak is the bone Stitch has waited for life to throw him. All Stitch wants is a sniff, a taste, a lick. What follows instead is gluttony of the most carnal sort, and nothing will ever be the same. Forced to hide his new love affair from the whole world, Stitch juggles family, club life, and crime, but it’s only a matter of time until it becomes too hard.

Zak moves to Lake Valley in search of peace and quiet, but when he puts his hand into the jaws of a Hound of Valhalla, life gets all but simple. In order to be with Stitch, Zak’s biker wet dream, he has to crawl right back into the closet. As heated as the relationship is, the secrets, the hiding, the violence, jealousy, and conservative attitudes in the town rub Zak in all the wrong ways. When pretending he doesn't know what his man does becomes impossible, Zak needs to decide if life with an outlaw biker is really what he wants.

As club life and the love affair collide, all that’s left in Zak and Stitch’s life is mayhem.

My Road of No Return Review ...

I am such a fan of K.A. Merikan so I was excited to read this one, because it had MC and MM how can I say no to that.  However, once I started to read it I was just about to put it down because it felt to forced, awkward and over the top but I felt like I owed it to Kat and Agnes so I powered through. And I am glad that I did finish it because in the end I did get into the story and fall a bit for Stitch and Zak.

It was not my favorite from these two but in the end I did like the story which was Stitch who was the local MC but a closeted gay man who was in the middle of a divorce with his ex wife, but then Zak walks into their watering hole and he thinks he will be able to have his cake and eat it too.

Stitch has never been in a solid healthy relationship before and truthfully Zak is no different but the difference is Stitch wants it to be different, he just unfortunately is part of a very homophobic MC club that doesn't tolerate these discretions.  Stitch tries to hide it but his emotions get in the way causing the cat to come out of the bad and shit to hit the fan.  But through all this Stitch becomes more human, less awkard and falls in real love for the first time. 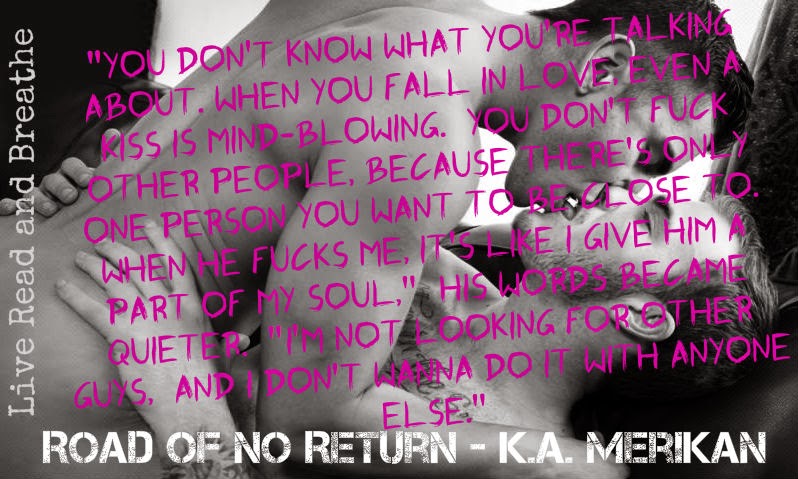 Lots of drama and stupidity in this small town.  This book had a very shaky start but did get its momentum and start to build into a good story.