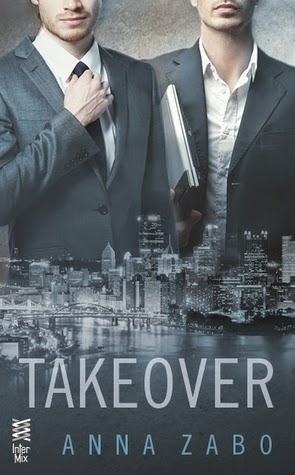 Michael Sebastian thought Curacao would be the perfect place to have a little fun in the sun—and between the sheets. So far, no one has struck his interest, until Sam Anderson walks into the bar. With one look at his tense body and expensive suit, Michael knows that this is a man in need of release. And Michael is more than willing to lend a hand.

Shattered by the most intense sex he’s ever had, Sam has to face the facts—one night with a handsome, dominating stranger is all he gets before returning to the closet he’s been suffocating in for years. But when Sam starts his new job as the CEO of a failing technology company, he discovers that Michael is one of his new employees.

While Michael is desperate for another night with Sam, he knows he shouldn’t get involved with his boss, let alone another man who can’t accept who he is. But as they’re forced to work together to save the company, the desire sparking between them becomes impossible to ignore…

So when I first started to read this I didn't think I was going to like it because I felt lost immediately.  The story felt like it just had started out of no where with no build up, but I like to follow through with books good or not so I was pleasantly surprised at the fifty percent mark when I started to get drawn into Sam and Michael.

Both had there reasons for being the way they were. Michael like to dominate but was closed off because he got badly burnt with his last closeted ex.

Sam was a powerful CEO but chose to be closeted to save his career as gay men don't survive in that world as good as straight men.  Even though Sam likes control and he also likes to give up control.

These two seem like the unlikely duo, but in truth they are the missing links to each other.

That dominant role he liked a little too much, but it wasn't one he desired full-time.  Which was why, in so many ways, Sam was perfect.  Submissive at times, but not always. They Fit.  Except for the boss and not-out part.

As Sam and Michael are forced to deal with their own personal baggage they start falling for each other, making them want to fight for the chance of them to be together.  Even though their work situation puts a kink into the progression.

"Maybe it's time to find out who you are when you stop running.  Make a stand.  Not for me.  Not for Sundra, but for yourself."

As I got into it I started to like their drama and dynamics but I was left with a few questions in the end. I hope there will be book two so those questions are answered.

Posted by Live Read and Breathe at 20:53