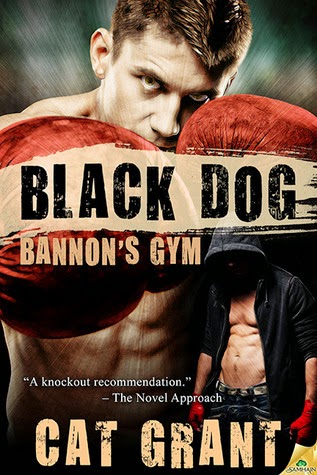 Which dog wins? The one you feed.

Danny Bannon and Eddie Roscoe have been fighting, in and out of the ring, for more than fifteen years. Mutual attraction and small-town ties hold them together, yet they’re haunted by a shared tragedy that still hangs between them.

Their tenuous, on-again off-again relationship takes a hard right cross with the arrival of Tom Delaney, a teen on the run from his punch-happy father. In no time, the kid shows himself to be a boxing prodigy.

But Tom’s politically influential father isn’t yet down for the count. When his mother shows up at Eddie’s diner with a shiner and a haunted look in her eyes, Tom is hopeful for her future. But when that hope is snuffed out, Tom’s rage has him ready to turn his new fighting skills to a deadly purpose. Revenge, or die trying.

Unless his surrogate big brothers can put their painful past behind them to keep history from rising up for another round.
This book has been previously published.

Warning: Tough guys with a long history beating the crap out of each other to avoid saying “I love you”. Heaps of sexual tension. More angst and emotion than deemed safe by the Surgeon General. Proceed with caution!

Hmmm, so it had many elements that I liked but in the end this book was just ok for me.  I think as a writer it must be a hard feat finding that right balance between angst, drama, love, sex, passion, etc...
It wasn't bad but it felt like I needed a bit more from this story.

Eddie has some issues and can't get over the past, however, Eddie also has a savior complex and when he finds a young boy down on his luck he gives him a helping hand.  As Eddie starts to help Tom, he is forced to deal with his past and get help from Danny who owns the gym down the street.

With Tom being a natural fighter, Eddie and Danny are forced to deal with their issues.  There was sexual tension but not enough sexy time for me leaving their relationship a bit flat.  Often I find lately when I'm reading too much sex and not enough substance but here it felt like it needed more passion with the substance to really feel the desperation between Eddie and Danny.  In the end it left me middle of the road of liking it. 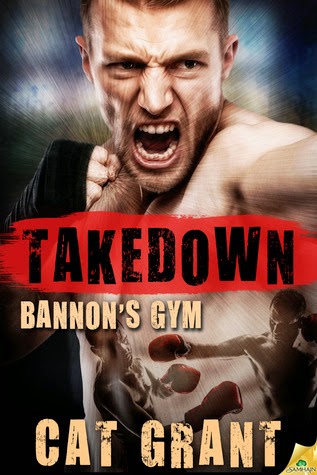 Home may not be what he remembered, but it might hold what he needs.

An abusive father drove Tom Delaney away from Lincoln Beach. Now that he’s back to settle his family’s affairs, he’s finding that not even the good things he left behind are the same. The old neighborhood is a dangerous slum. Eddie’s diner is on its last legs. Gloria, who looked after him like her own son, is seriously ill.

His only refuge is Bannon’s Gym, where Danny Bannon nurtured his talent for mixed martial arts. Bannon’s also harbors Travis, his ex—as in ex-sparring partner, ex one-night stand. The man who, the last time they faced off in the ring, left Tom with a broken jaw and a concussion.

The sparks are still there, in the ring and out of it. But when Travis’s own troubles quite literally explode, their only chance to build something solid on their broken past could go up in flames.

In the end of Black Dog Tom was knocked out in his championship fight by his ex which has left him with more baggage then he already had, so he tucked in his tail and ran.  Now a few years later he comes back after the death of his father.  The only thing stable upon his return is the relationship between Eddie and Danny.  As he comes back he is faced with more negative shit, however he does reach out to Travis to try and mend the fence to their broken relationship.

Travis is attracted to broken men so it is not a surprise he falls for Tom, but with Tom comes a lot of baggage.  As Tom and Travis deal with their own lives they lean on each other when it counts but is it enough.  With Tom he starts to realize that there is also good in his life with his new family, Eddie, Danny and Gloria and also Travis.  With this revelation he decides to stay instead of always running.  Even though we get a bit of HEA we know that there is more drama to come.  I will continue with Tap Out to see how everyone ends up.  Because this was book 2 in the series we have more depth of the characters which made me get into the story more but I still craved more passion from these men.

3 Taking down Thumbs up!

Lauren
Posted by Live Read and Breathe at 22:43