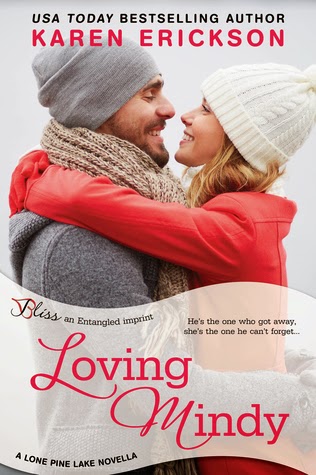 Previously released as part of the Stranded with a Hero anthology. Now available individually!

Mindy McKenzie’s day has gone from bad to worse. First, her ex whisked her kids away to attend his elopement, leaving her alone for the holidays. And then the man whose heart she broke years ago winds up on her doorstep—stranded. Josh Powers still has a body that can make her mouth water, but unfortunately, she’s sure she missed her chance with him.

Waiting out a storm with an attractive woman isn’t normally a bad thing. But when it’s the woman Josh Powers has never been able to get out of his head, it’s pure torture. Especially since he knows she’ll never feel the same way. Mindy is just as sexy and tempting as he remembers, but he can’t risk his heart a second time.

Source: eARC for Honest Review Courtesy of Engtangled Bliss
Genre: Adult Contemporary Romance Novella
Part of Series but can be read as a stand alone

This is a very unexpected sweet series.  For Mindy she got dealt a raw deal with her choice in husbands, but now that she is single again she is thinking all about her 'what ifs'.  Especially when it comes to her old dear friend Josh Powers.

Josh has always wanted only one person but after he took a risk & got burnt he stepped back.  Losing his best friend Mindy has always burned a whole in his heart where no one could compare to her.

Now fate has made them cross each other paths and forced them to deal with their past and move on together.

Sweet Novella but I felt like it was too short and I wanted more from this story.  I felt like the story just stopped when it was getting good.  I needed an epilogue or something to feel completely satisfied with Josh and Mindy.

I originally stumbled across this series and I instantly fell in love with it even though I wanted more with this story I still absolutely adore this sweet series.