The Trap and Trapped by Beverly Kendall - #bookreviews

Looking back, I should have seen it coming.

Paige didn’t like that I went so far away to university. But it was going to only be for two years. She'd join me after she did her two years at community college. I thought we could swing that no problem. We were solid.

But she hated the distance. She hated not seeing me every day. She complained that I didn’t come home enough. She hated that for months on end, texting and phone calls were our only form of communication. It wasn’t enough.

She'd ask about the girls on campus. She’d gotten it into her head that girls were always making a play for me. I laughed and told her, even if that were true, I’d never cheat on her. She didn't seem completely reassured by that.

The bottom line is, Paige thought she was losing me. She wanted me home with her. But I could never imagine the level she'd sink to—the trap she’d set to make that happen.

And like an idiot I walked right into it.

And it’s a mistake I'm going to have to pay for the rest of my life.

My The Trap Mini Review ...

Oh Boy! Here is a little tale about a girl who gets pregnant and a boy who is stubborn as a mule.   Girl is in love and wants so desparately to keep her relationship with boy alive.
By chance one mistake causes a pregnancy which leads to many untold truths.
Boy is in love with girl but scared and a bit stupid in this situation.  Boy finds out his life is going to change so assumes girl trapped him.
Easiest solution is to run. 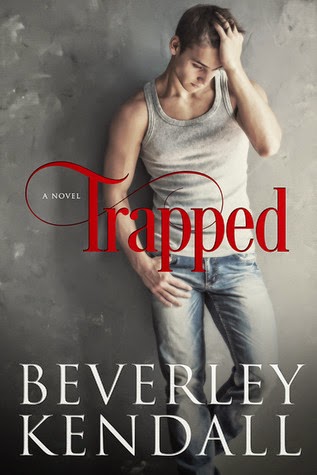 My life has turned out to be such a cliché. And not in a good way.

It’s not exactly Sixteen and Pregnant, but at eighteen my only advantage is a high school diploma. And if that’s not enough, the father—and I use that term loosely—couldn’t have hightailed it out of my life fast enough.

I thought I really knew him. Unfortunately, my boyfriend of three years transformed from Dr. Jekyll to Mr. Hyde once he realized his carefree, childless days would be coming to an end.

I’m over him now though. The real love of my life is chubby, has more gum than teeth, and stands a little over two feet tall. She may not have been planned, but I’ve never regretted having her. She is the center of my world.

A world that's been turned upside down when Mitch returns ready to earn the love and trust of the child he abandoned before birth.

Letting him into my daughter’s life is one thing but letting him back into mine isn't going to happen. Ever.

Now if only I can get my heart to heed the lessons of the past.

Oh Boy! Mitch has A LOT of making up to do to win me over after his douchenozzle moment.

Almost a year later and Mitch STILL has not come to terms that he is just as responsible for getting his girlfriend pregnant knowing about her birth control or not.  It takes TWO to have a baby.

Paige is trying to move on and has to because her first focus is her loving baby Brianna.  She had hopes that Mitch would come back but after almost a year it is time to move on.

After finally taking his head out of the sand Mitch makes a 180º and mans up to his responsibility however, things are not going to be easy for him after the mess he created.

As Paige tries to move on she doesn't expect Mitch to show up out of nowhere.  Her anger that was simmering comes to a boil where Mitch is concerned if only she could convince her libido and heart to be on the same page.

There is a lot of making up but Mitch wants to be a father and he also realizes what a mistake he made where it concerns Paige because he has never stopped loving her.  He vows to win them over.

Paige has a lot of emotions to go through if she even thinks of giving in to Mitch.  Trusting him not to break her heart is hard especially after he left her when she was 10 weeks pregnant and never turned back.

I will admit Mitch did win me over ! This was a sweet NA book about second chances and love.

4 Not so trapped thumbs up!