Cole Renzo thinks his greatest challenge is to behave for the remainder of his term at Halfway House. Until he meets his new boss, Ty Calloway, a man who ticks off every box on Cole's list of interests.

A sought-after restorer and customizer of exotic and collectible cars, Ty had enough confidence to command what he wanted in life, until one fateful night changed everything. Almost two years later, he’s slowly rebuilding his life with great control. He's defied the odds and works tirelessly to be the man he once was—but he still feels broken.

Cole’s candor and unfiltered personality awaken Ty’s barely-remembered desire to greet each new day with a smile, while Ty’s unwavering acceptance of Cole’s quirks and brash humor makes Cole feel as if he fits in for the first time in far too long. When a nemesis threatens Ty’s personal restoration and the things he holds dear, Cole is determined to protect their relationship, even if that means sacrificing everything he’s worked so hard to achieve.

But Ty will have to let his guard down, surrender control, and admit he needs Cole first, even if that puts himself at risk of breaking beyond repair.

"I thought those were the service bays," Cole said, thumbing over his shoulder.
"They're for the traditional shop work my techs do on a daily basis. These are my service calls. Side project I'm doing and there's no money in it for the guys so I don't really want to burden them. I figured we could work on them and, in between, we could tinker with the Yenko if you want or wrap up the last few details on the Drayton rig. I worked on most of it over the weekend but there are still a few things to finish up."
Cole stopped walking. "You'd let me work on the Yenko with you?"
Ty nodded. "Sure, why not. I've seen how picky you are with your work."
"So it's my reward for helping you with your service calls?"
Ty chuckled. "Do you do tricks too?"
Cole raised an eyebrow and half smiled. "Oh, I've got a lot of tricks I can show you." He smiled at the rush of color to Ty's cheeks, loving the way Ty always reacted to his teasing.
"You do realize you're an HR nightmare," Ty said, looking at Cole with that glimmer in his eye.
Cole's pulse raced. "HR?"
"Human Resources. Sexual harassment, all that," Ty said, trying to look serious and indifferent, but failing miserably.
Cole belly-laughed so loud it echoed in the shop. He then stilled, straightened his shoulders, and mocked a serious tone. "I could, of course, be completely professional and proper with you, Mr. Calloway, if that is your preference," he said, mimicking Matt's formal tone.
Ty turned to face him, the mock seriousness transitioning into something more genuine. "And I, of course," he said, reciprocating Cole's tone, "would be deeply disappointed."
He looked up into those brown eyes and smiled. "My army of superheroes and I would be as well." He bit back a smile and bowed.
Ty's low rumble-laugh shot straight to Cole's dick.
Cole straightened. "Admit it, you like me."
Ty raised his hand and put his thumb and index fingertips together with only a sliver of a gap between them. "Maybe a little bit."
Cole looked at Ty's fingers then glanced back at him with a huge grin on his face. "It's a start," he said before walking off to the two cars parked in the bay.

Source: eARC for Honest Review Courtesy from Author and Enticing Journey
Genre: MM Contemporary
Part 3 in a series but can be read as a standalone

My A Restored Man Review...


I was in the middle of a bit of a reading funk, where I found myself reading ARC's because of time and review commitments but none of them grabbing me until I started to read this one.  A Restored Man is part 3 in this series but it can be read as a standalone, which I did.  After this book, I can't wait to dive into the rest of the series and anything else by Jaime Reese.

In this book we have Cole who is at the halfway house after two years for grand theft.  For part of his probation he needs a job where he lands his dream job at an auto shop who specializes in restoration and customization. 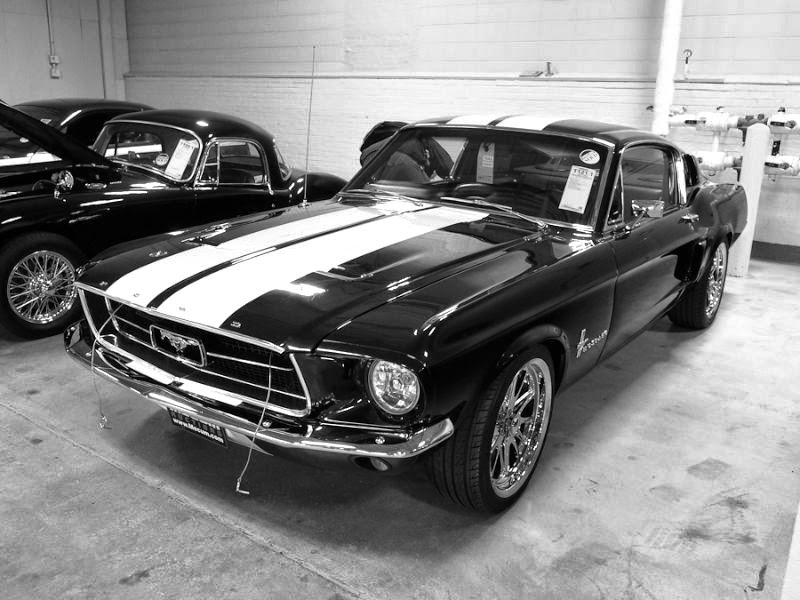 Cole suffers from verbal diarrhea where he lacks a filter when talking, which more often then not gets him in trouble.  His new boss Ty is quiet and a bit of a recluse until Cole lands at this shop.  Immediately after their first meeting Ty starts to open up and live again.

"That boy is crazier than a two-peckered billy goat, but he's got a heart of gold and a sweet tooth for you." 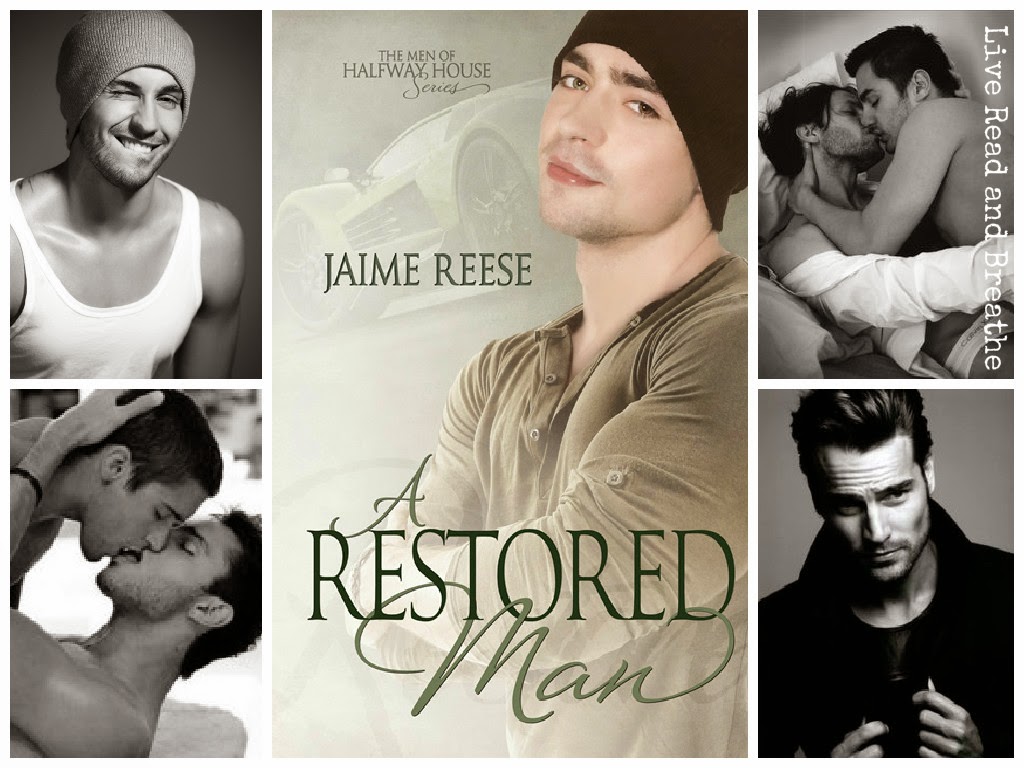 Gah! I loved Cole and Ty together.  They are so perfect for one another.  Ty calms Cole while Cole awakens Ty.


"I can't.  I have issues. He shouldn't have to deal with them."  Jeff huffed a laugh.  "You have issues? Then that boy has subscriptions."

As Ty and Cole find their grove together they are forced to deal assholes, their pasts and family.  Ty has been through enough but he still has to deal an issue that could get him in trouble so until Cole he didn't know a way out, but Cole swoops in and saves the day by letting his past meet his present.

This story was fun, had good chemistry, great characters and a good amount of angst causing a great balance within the story.