Return To Me (Covington Cove #1) by Kelly Moran ~ #bookreview 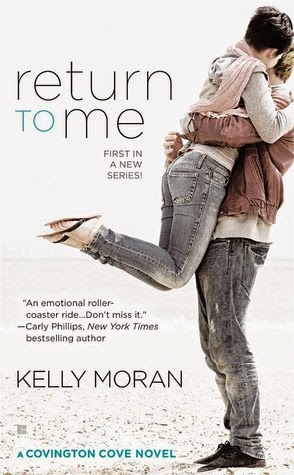 Return to Me (Covington Cove #1)

Ten years ago, Cole Covington was just another rich kid who got everything he wanted—including young and trusting Mia Galdon. Then one night everything changed, and two hearts were shattered. Cole buried his guilt in the military, where love was just part of the past. Now Cole has come back home, emotionally damaged, guarded, and unprepared for what’s waiting for him…

At the urging of Cole’s sister, Mia has returned to the Covington family’s coastal home in Wilmington as a private nurse to help Cole recover. With her uncertain personal life at a crossroad, Mia doesn’t have the luxury of saying no to the job. And she soon finds out that the attraction is still alive. So are memories of betrayal. But Mia will discover more than the power of resilience. She’ll discover a secret Cole has held for years, one that will force them to confront the past and give new meaning to letting go, forgiveness, and a future worth fighting for.

Source: eARC for Honest Review Courtesy of Penguin Group
Genre: Adult Contemporary
Part in an a new series
My Return to Me Review ...

After reading the synopsis I HAD to read this book, and I did like it but I wanted a bit more from it in the end.  Cole Covington and Mia Galdon had a sweet highschool romance but out of nowhere it ended causing them tons of heartache.  Now tens year later, Cole needs Mia again.  Can she be strong enough to help or will she finally let go of her past?

"It means I may only be closure to you, but you mean the world to me."

Again I loved the idea of the book but once I was immersed I liked the idea more then the actuallity of it.  Where it lost me was with all the build up for why Cole broke Mia heart, and then when we find out and I was left a bit annoyed.  I get what that would have done to their ten year old younger selves especially, because that moment was compounded to so much more with other events thrown in, but in the present day ten years later I didn't get it.

In present day they were both grown ups and Cole really didn't have anything to do with the reason why anymore so, I didn't understand why he didn't just tell her and get over it.  Thankfully since it was with good intent Mia was able to get over it pretty quickly once she found out.  But even though there really wasn't anything stopping them except for their own preconceived notions, which is what draws out the angst a bit more.

"You were worth losing everything for." 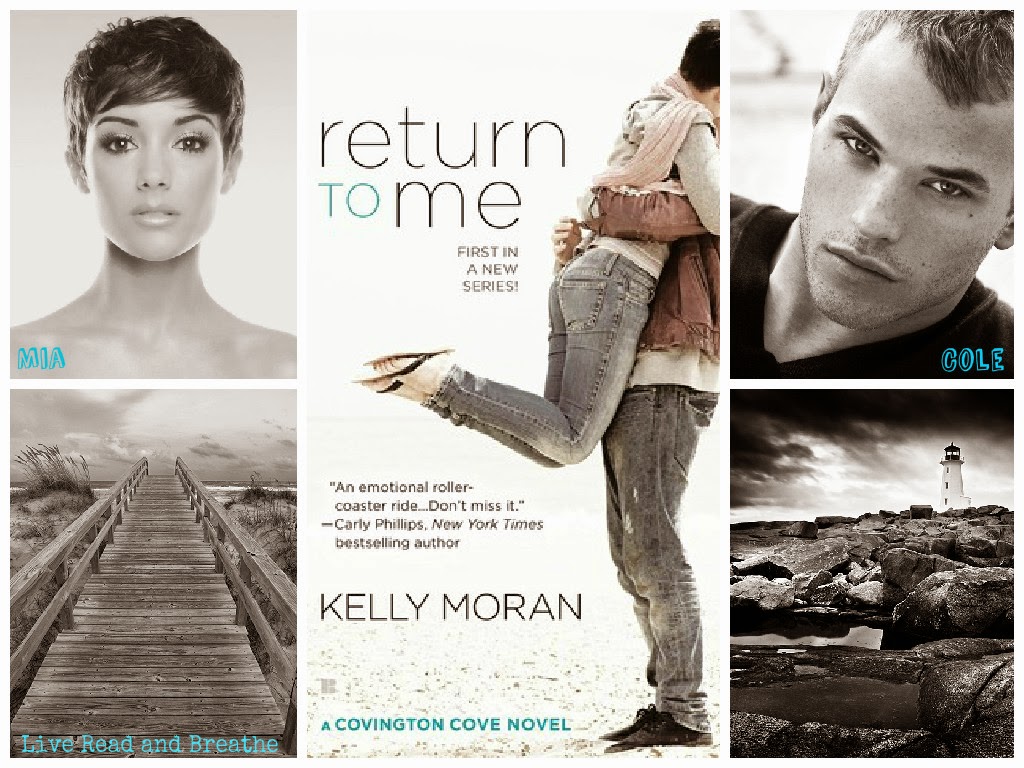 Then the 'bitch' returns causing more not needed stress.  Once that story line wraps up I was a bit confused with Cole's reaction but hey I wasn't there so who knows how I would have handled it.

"I will wait forever for you if I have to, Mia."

Good story about love and second chances.  At times the angst was a bit drawn out causing the reality of their situation to be anti-climatic but it was still a cute story.  It had a strong heroine, a broken boy who recovers a rapid speeds once Mia returns,  a nurse who knew way more about rehab and other areas of recovery that most nurses wouldn't,  great sisters, a sexy gardener, a fantastic surrogate mother, uber bitches of a real mothers,  and lots of love and heartache.   Even though this book didn't sweep me off my feet, what it did though was capture me enough that I would definitely read more in this series.