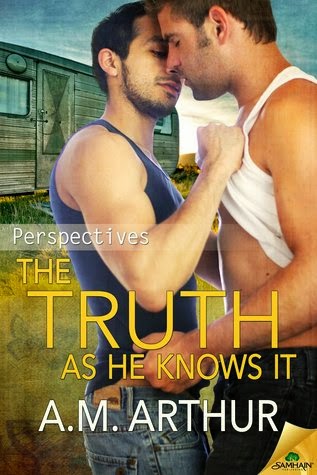 The Truth as He Knows It (Perspectives #1)

Lies are the chains that keep you weighed down at rock bottom.

Officer Noel Carlson isn’t out to anyone in small-town Stratton, Pennsylvania, only to distant friends and family, so a relationship is out of the question. That doesn’t stop him from wanting one, though.

When a night-shift call brings him face to thonged butt with a hired stripper whose girl-party gig went terribly wrong, Noel takes pity on the guy and lets him go. But he can’t get the encounter out of his mind.

Shane has big-time debts to repay, especially to the brother who sacrificed nearly everything for him. His two jobs, in a deli and as a stripper, leave him no time for a social life. But a non-date of hot sex and takeout food with Noel? He can squeeze that in.

The bond they form is stronger than either expected or wanted. Especially since the step Shane’s about to take to put his brother—and his soul—back in the black isn’t quite legal. And he never calculated just how much his determination to make things right will cost him in the end.

Warning: Following on from the Cost of Repairs series, this book contains a closeted cop who’s looking for love, an indebted stripper who doesn’t believe he’s worthy, and a tasteful abundance of dirty guy sex. Also contains references to past physical abuse some readers may find disturbing.

My The Truth As He Knows It Review ...

This is a spin off series from the Cost of Repairs series with some of the same characters being background characters.  I haven't read the whole Cost of Repair series but now I think I need to.  In this book we have Noel Carlson who is a young in the closet cop after a major gay bashing of him and his best friend.  We also have Shane AKA as Jody McShane or AKA as Colby who is a young men with loads of secrets and burdens on his young soul which causes him to do anything to help him and his older brother out.


He learned to keep secrets because telling got him hurt.

Some of Shane's choices have caused him to need extra money so he starts to strip on the side which is where he meets the hunky cop Noel as Noel quickly gets him out a potentially bad situation.  The connection is instant but they both have many secrets that can destroy them. 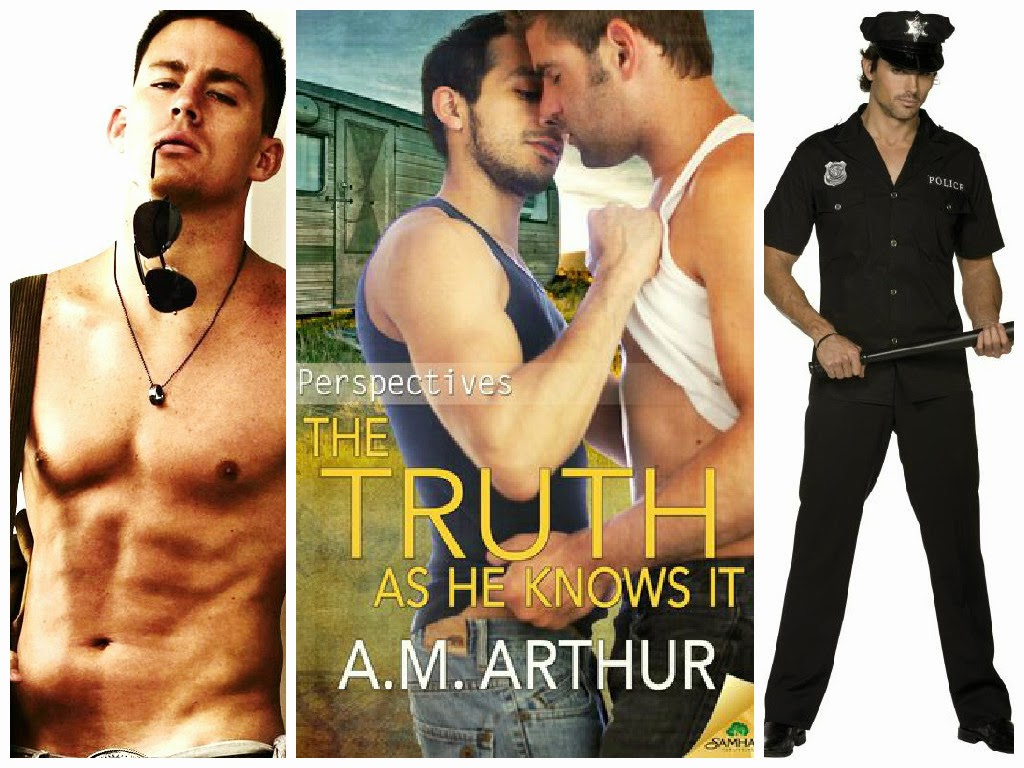 "You're right, though. I've never had a real relationship either.  But I know enough to know that you don't end things in a fit of anger without talking about it."

This story had so much heartache and tragic parts that I was weeping for the last part of the book but it also had hope, friendship and love.  God! Poor Shane, has lived with nothing but tragedy and is plagued with so much guilt and burden.  But finally him and his brother get a glimmer of hope from their burdens even though it nearly kills Shane with his choices, but then poor Shane gets hit with more tragedy that I could barely keep it together.

Thankfully even though it was a rocky road for them that he had Noel to help him through this very trying time.  My fingers are crossed that Tristan will get a book maybe with Gabe????? Here's hoping.