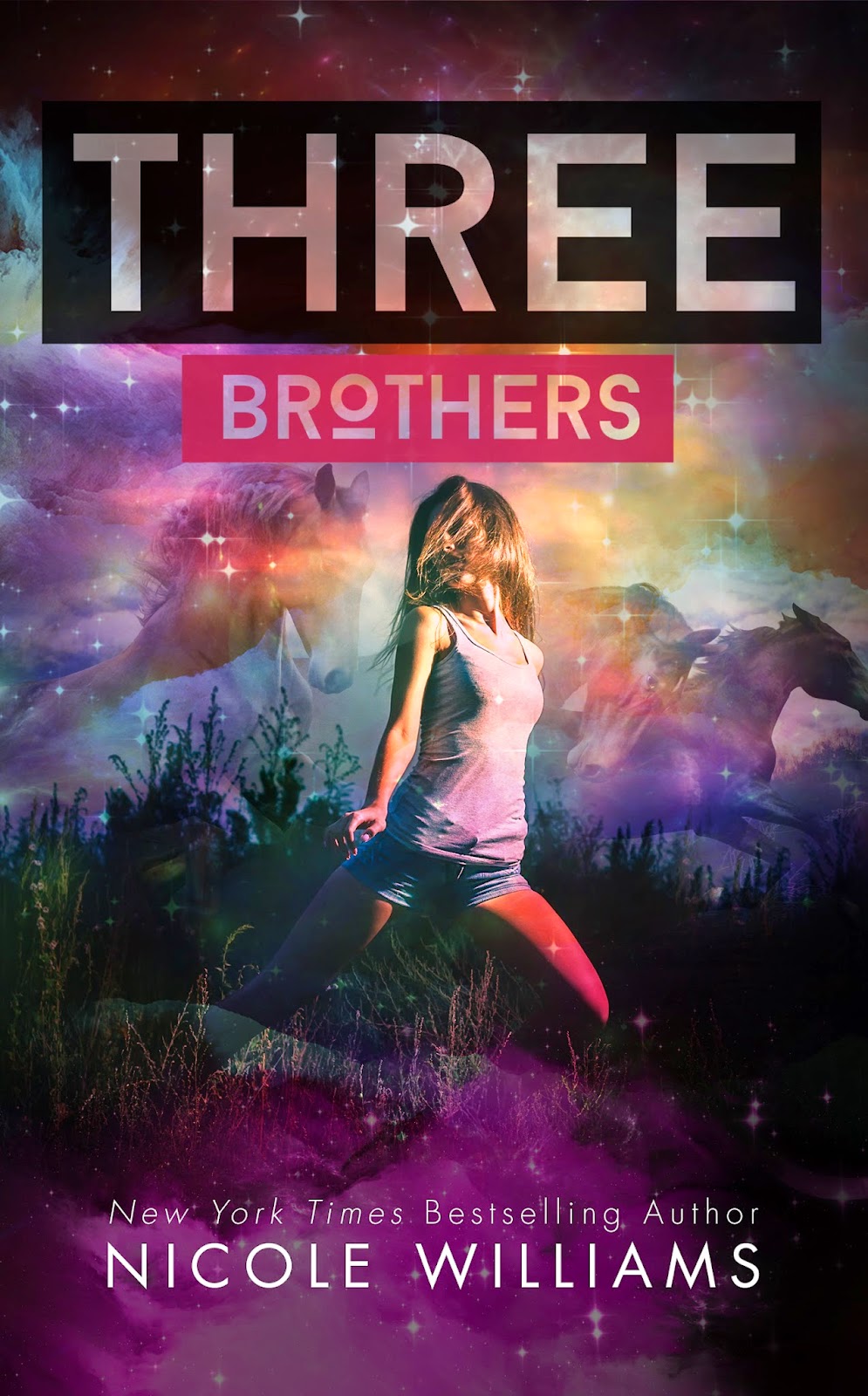 I grew up with three brothers. They weren’t tied to me by blood, but our connection went beyond genetics or bearing the same last name. Our connection was forged the summer I turned thirteen, the summer my mom ended her life and left me in the custody of John Armstrong, a man I’d never met. Packing all I owned in a couple of boxes, I left the familiarity of the big city and headed west to Red Mountain Ranch, set in a lonely valley outside of Jackson Hole.

Nothing was as it seemed at Red Mountain—it didn’t take long for me to figure that out. John was kind to me but distant, as if he was afraid to let anyone get too close. His three teenage sons had their own devices for keeping love as far away as they could. The eldest distracted himself with cheap relationships that had a shelf-life of one night. The middle son threw himself into the rigor of running a ranch, and the third wielded cruelty and mind-games in his quest to keep people from getting close.

Time has gone by, and I’ve spent those years trying to forget the brother I’d fallen for—the biggest mistake of my life.

Finally, I’ve moved on. Finally, I’m back. But what I didn’t realize was that running away from the wrong brother meant I’d also run away from the right one. The one who’d been there for me all along, waiting in his brother’s shadow for the day I either would or could move on.

But a decade is a long time to wait. Has the brother I should have chosen all of those years ago moved on too? Am I about to discover that my biggest mistake wasn’t falling in love with the wrong brother, but failing to return the love of the right one sooner?

Does unrequited love have an expiration date?

I’m about to find out.

Author’s Note: This book is a "sweet" romance that isn't overly sexy. Fans of LOST & FOUND will be interested in THREE BROTHERS. 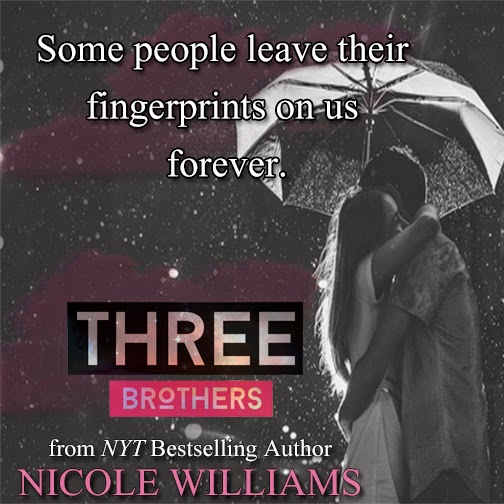 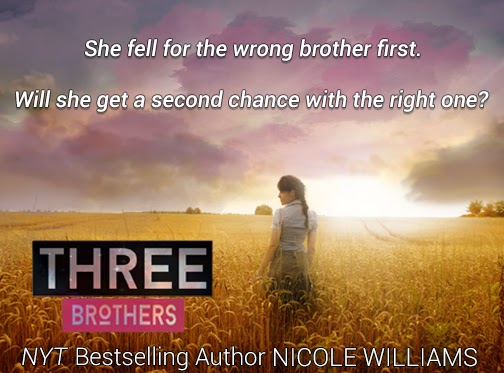 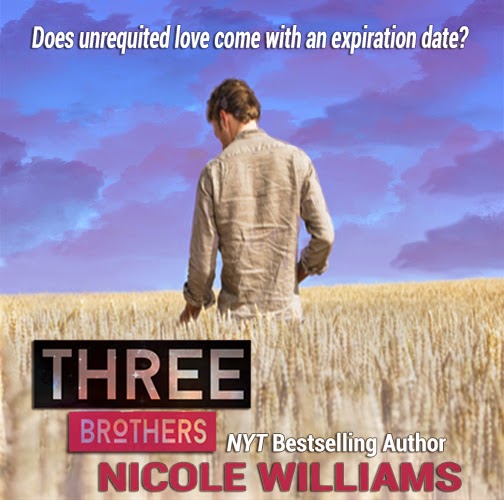 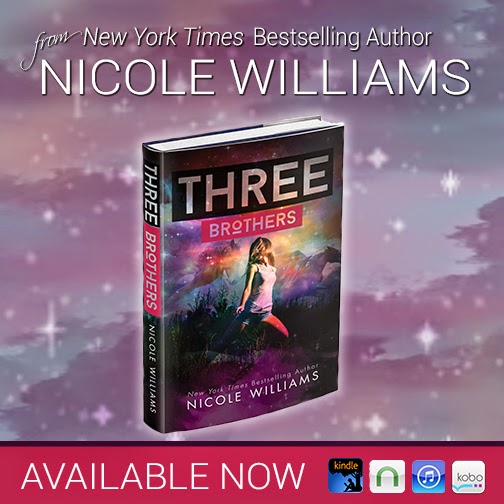 I’m the New York Times and USA TODAY bestselling author of the CRASH series (HarperTeen, S&S UK), LOST & FOUND series, UP IN FLAMES (S&S UK), The EDEN TRILOGY, and a handful of others. I write stories about everyday kinds of people who find themselves in extraordinary kinds of situations. I tell love stories with happy endings because I believe in making the world a better place, and that’s one tiny way I can make it so. I’m one of those people who still believe in true love and soul mates, and would rather keep my head in the clouds any day over having my feet firmly on the ground.

When I first read this synopsis I thought it may be too similar to the Summer series by Jenny Han with the falling for the wrong brother but let me tell you it ended it being so much more with all the OMG heart wrenching moments for this family. 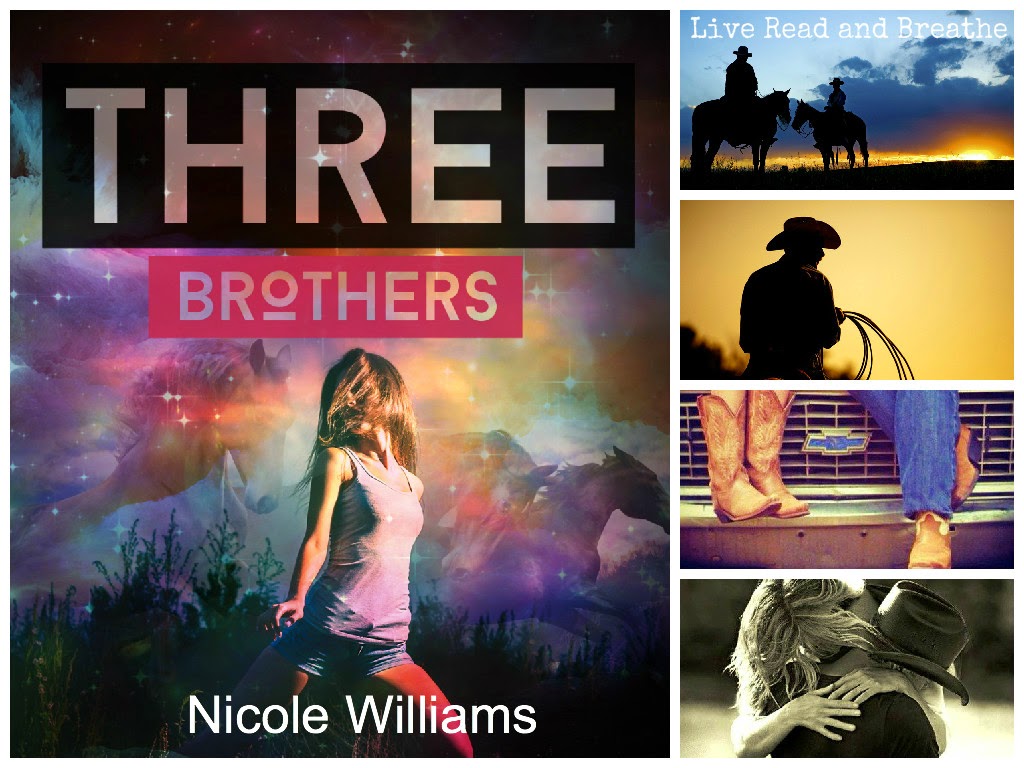 After Scout loses her mom she's taken in by a family friend in the Red Mountain.  Here she becomes part of a family where she gets a pseudo dad and three brothers.  The problem that quickly happens for her is that she falls for one of her new 'adopted' brother and be-friends the other two.  After years of unrequited love, multiple rejection and heartache from the one she loves, she hightails it out of there to start her own life and breaks all connections to her family.

Now, after many years away she's coming back home to be with her dying 'father' in his last few days as well as it's time she faces her demons as well.  What she didn't expect to find was love.  Chance has always been her best friend through the good and bad times but what Scout didn't realize is why he was such a supportive friend to her.

Upon her return she quickly realizes that so many things have changed and not for the better, except Chance who has always been her rock.  With so many grudges, resentment, curses and more it is Scout's job to try and mend some fences so the father can have his family together one last time, but it will not be an easy task. 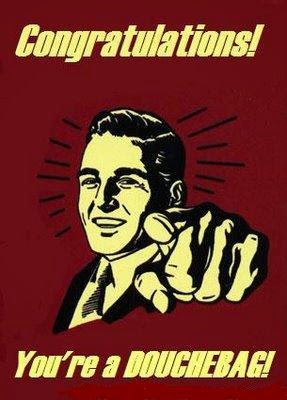 Holy shit! Conn what a douche. Don't get me wrong I understood it but wow he was quite the grade 'A' asshole.

For three, their father... 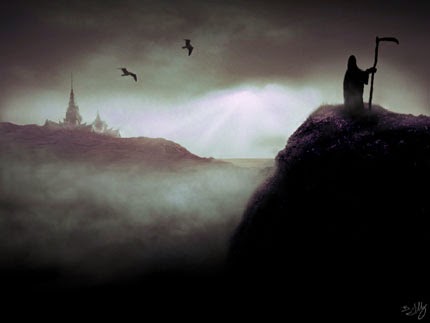 But there is always a chance for new and better things. 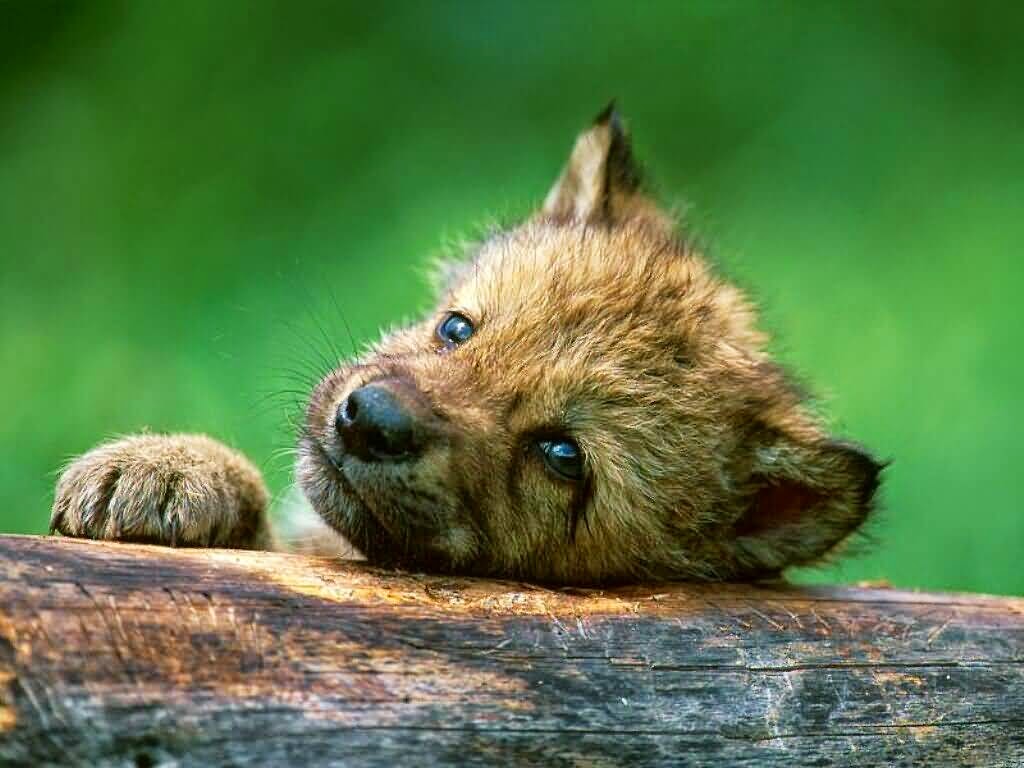 As we finally get to see a glimpse of happiness and a well deserved reunion it quickly gets taken away with so my heartache I could barely take it.

"There is no one better for me than you.  There never has been, and there never will be."

This book was good.  It had tons of angst and heartache but also had hope, love and second chances.  It was not your typical love story but a trying journey for this family to get any sliver of happiness.

Because there were so many 'C' names (Chase, Chance and Conn) at times they were screwed up but I assume that will be fixed in the final copy as I read this book as an eARC.  If you love angst filled NA then this is the book for you.  I'm a huge fan of Nicole Williams and she has yet again written another great story.